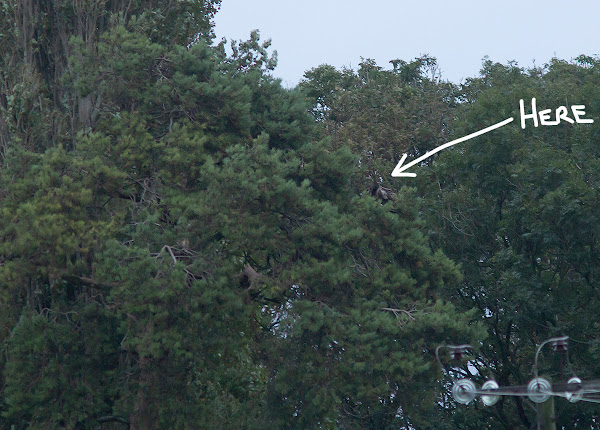 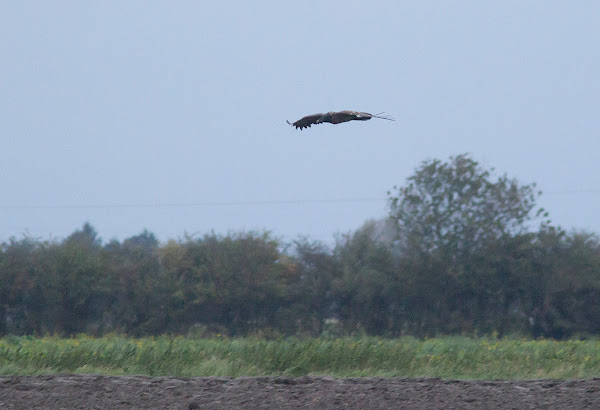 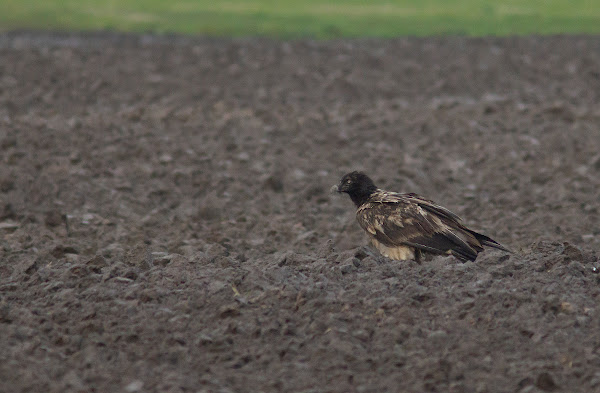 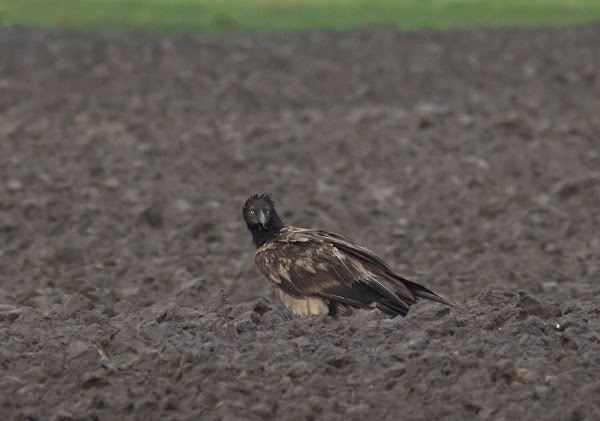 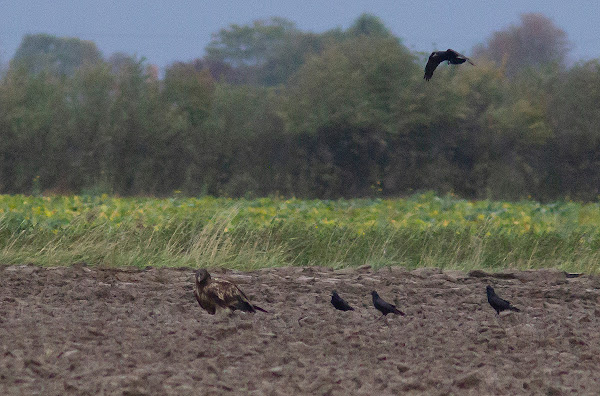 The Radde’s Warbler business at the beginning of the week was pretty darn hectic. But last night’s news took the biscuit! It emerged via all sorts of convoluted social media routes, that the Lammergeier (Bearded Vulture) which had been in the Peak District, but then moved to Norfolk, and been seen over north Peterborough and at a place called Moulton Chapel which is in the north-east corner of the Peterborough Bird Club recording area (PBC area). Some amazing detective work by Josh Jones (a local birder who is on holiday in western Ireland!) meant we had a good guess that it may have gone to roost by a farm house south of Moulton Chapel, perhaps in a poplar tree.

This morning I was up at 5.45am and a check of the internet suggested to me that if it was still near the farm house, the vulture would choose the adjacent pine as a roost site. I met my friends Will Bowell, Hugh Wright and Chris Jones at 6.45am near the site and we walked north in the dark. As we approached to within a few hundred metres of the relevant trees it was obvious to all that this was a big waste of time. The weather was windy with a hint of rain, the bird was well hidden in vegetation and there was no chance it would leave roost before I had to go home (ie to work).

The Hugh calmly said “Right, chaps, I have a Lammergeier. It is in the pine”. And it was!

Unexpectedly, and before the sun had even risen (not that we could tell, with the heavy cloud cover), it flew for about 30 seconds, magnificent and massive, and landed on the other side of the pine, in the full blast of the wind. So, i chose to go and dry out and warm up by flying down to a ploughed field. This is where I got excellent views of this amazing bird, potentially the first accepted Lammergeier in the UK (and much better views than when I saw it in Derbyshire, as you may recall).