I have taken a few days holiday, but started as is my new habit with a cycle to Ferry Meadows CP. It was another excellent morning, with a Pintail flying over with a small group of Wigeon, a couple of Mistle Thrushes heading south; but best of all was an Osprey, at the eastern end of Gunwade Lake, seen carrying a fish, off into the distance, while half-heartedly mobbed by a Buzzard. This is my first at FMCP this year, and only my second in the Peterborough area.

Later, despite the windy conditions, I took advantage of the warmth of mid-morning to head down to the Hamptons area of south-west Peterborough, where at a site now called Beeby’s West, lots of Clouded Yellows had been reported. In less than an hour there, I saw 15-20 of these lovely butterflies! Clouded Yellows are migrant butterflies, which come up from Africa and southern Europe. But perhaps they bred at the site this year, judging by such concentrations. Mostly they were flying up and dow, looking for food plants, mates or somewhere to lay eggs, perhaps, but the odd one stopped to feed on the abundant yellow Compositae flowers, there. 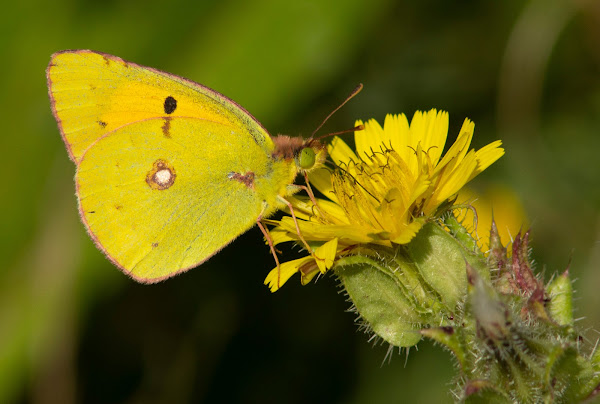 A little later I visited a place I used to go to with my children when they were small, to look for fossils, weathered out of the Jurassic clay. I found a few little fossils, including a couple of tiny ammonites, some crinoid ossicles and the like. Despite having a previous life, prior to journalism, as a palaeontologist, I was never a great fossil collector, but I find it fascinating to see and hold in my hand the remains of creature that no living thing has looked at (probably) in 160 million years! 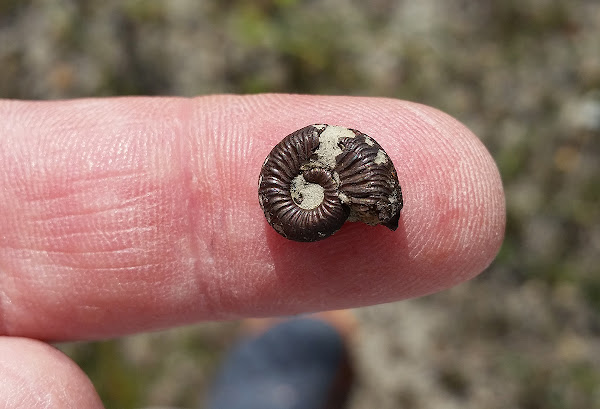