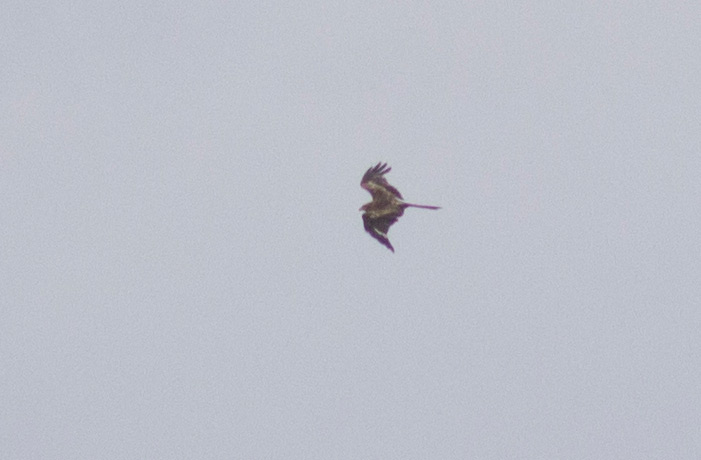 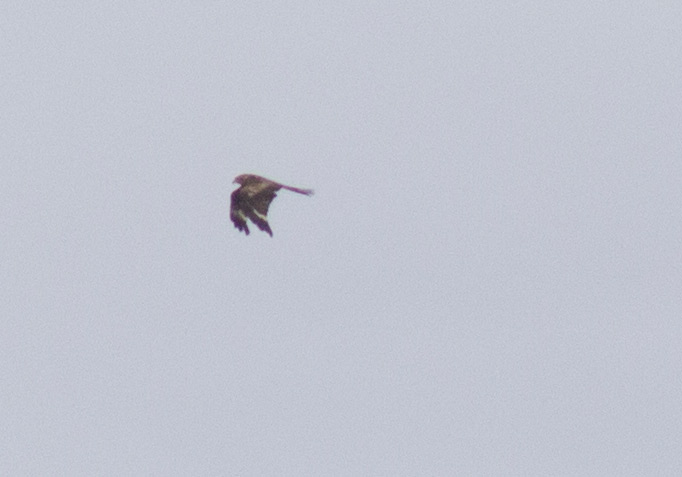 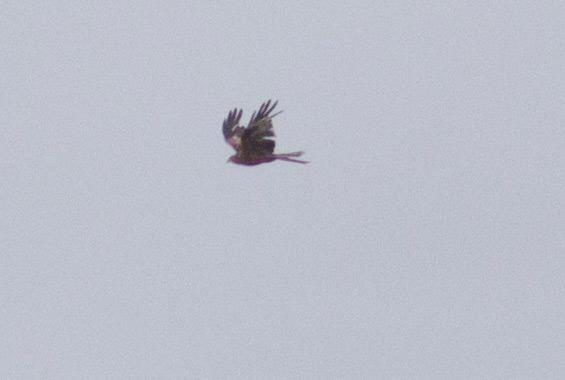 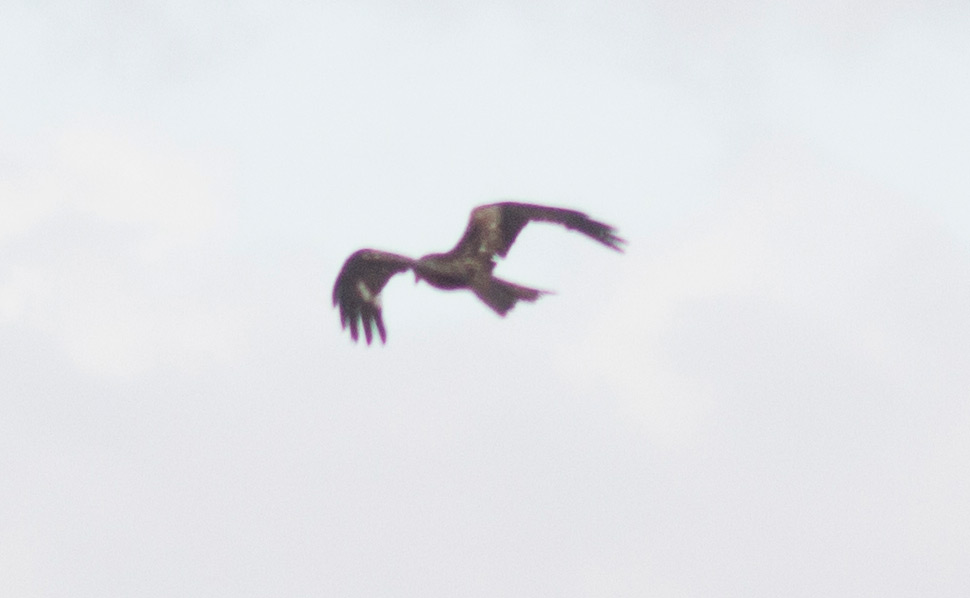 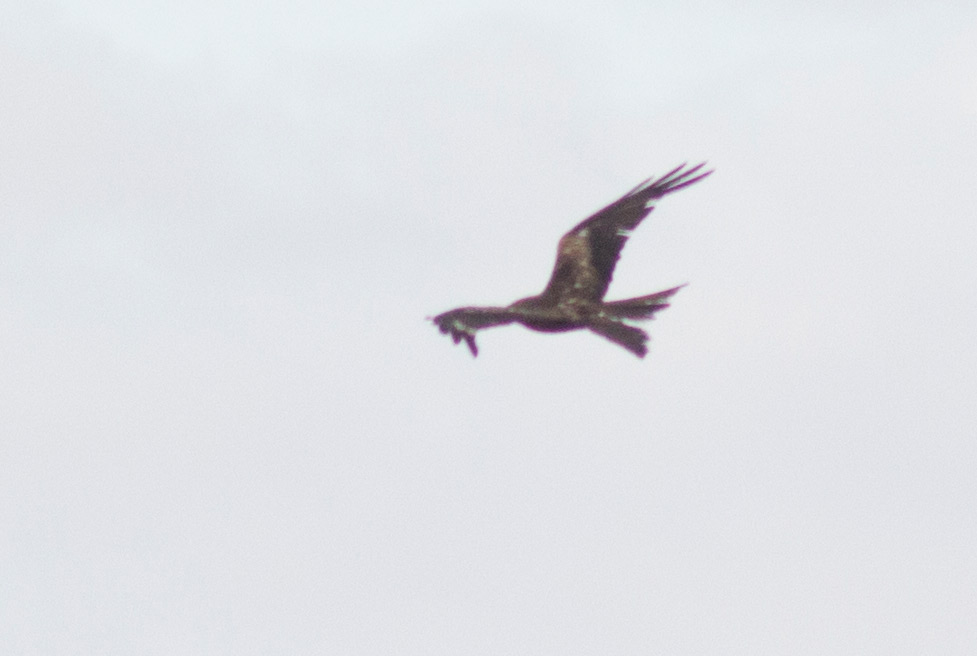 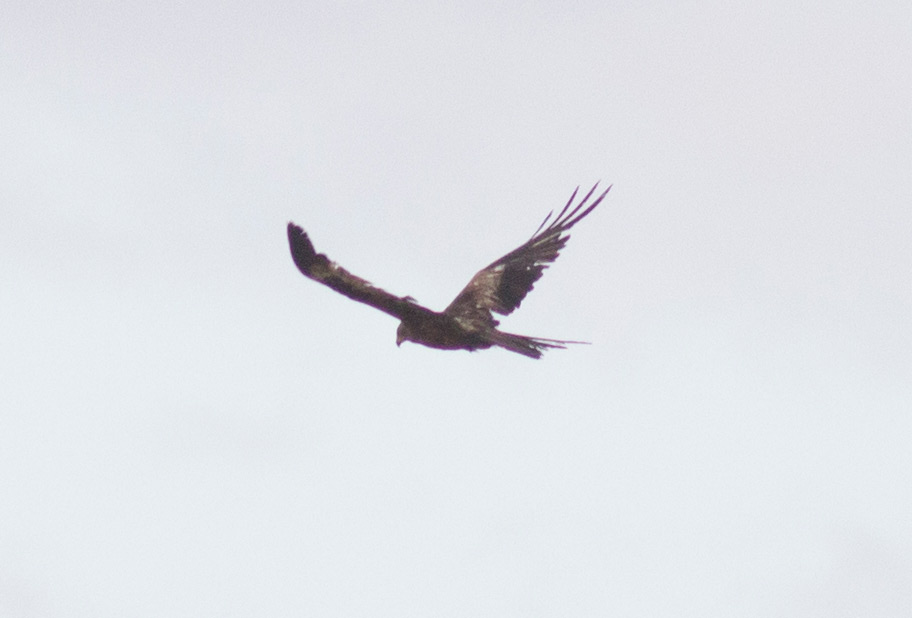 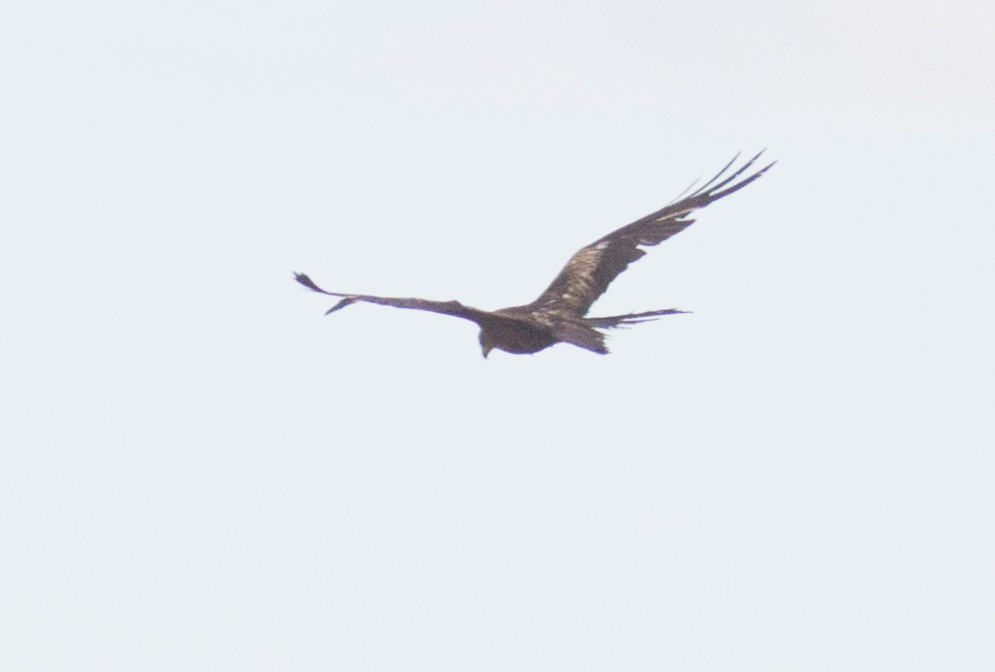 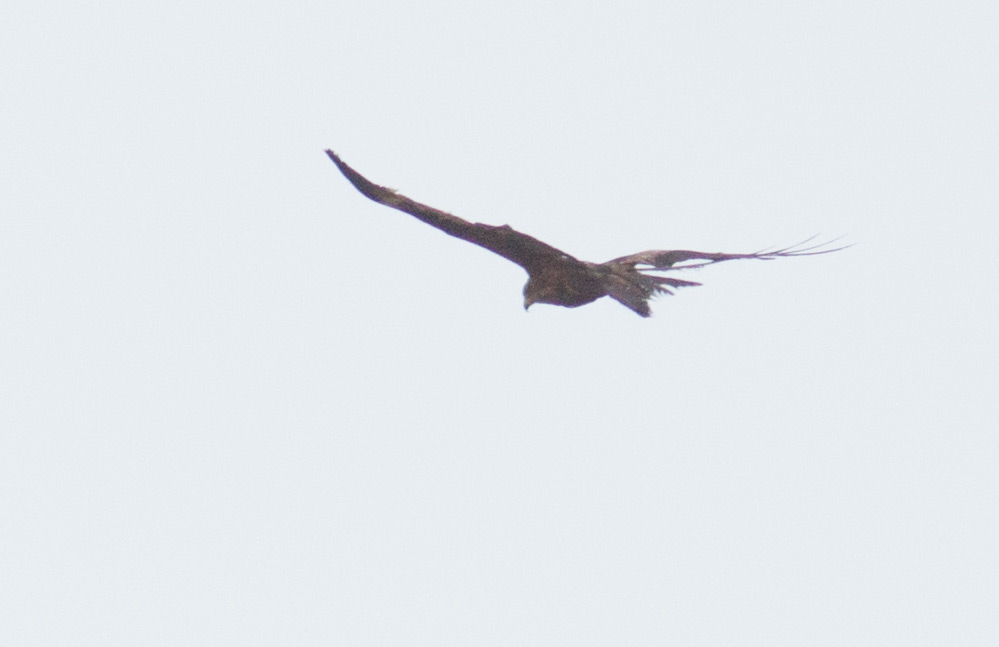 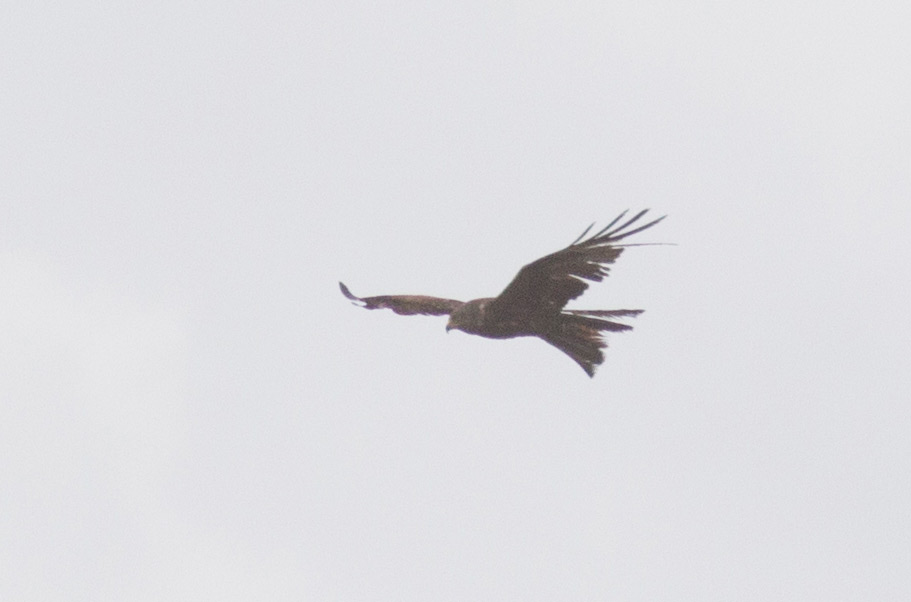 This heavily moulting kite was feeding on and flying around the Great fen, Cambs, on Saturday, 28.7.18. Plumage-wise it had a decent amount of the brown plumage associated Black Kite, including a cold brown tail; and lacked the orange colours of Red Kite. In flight, though, it looked like a Red Kite in terms of structure and flight style (including the long forked tail, the long, tapering wings, with one fewer primary than would be on a Black Kite; and deep languid wing beats). So, it appears to be an anomalously coloured Red Kite. Apparently, this is not the bird which had been reported as a Black Kite in the same locality in the previous few days (which was not a heavily moulting bird). However, it is just the sort of oddly coloured bird to potentially lead the unwary astray.