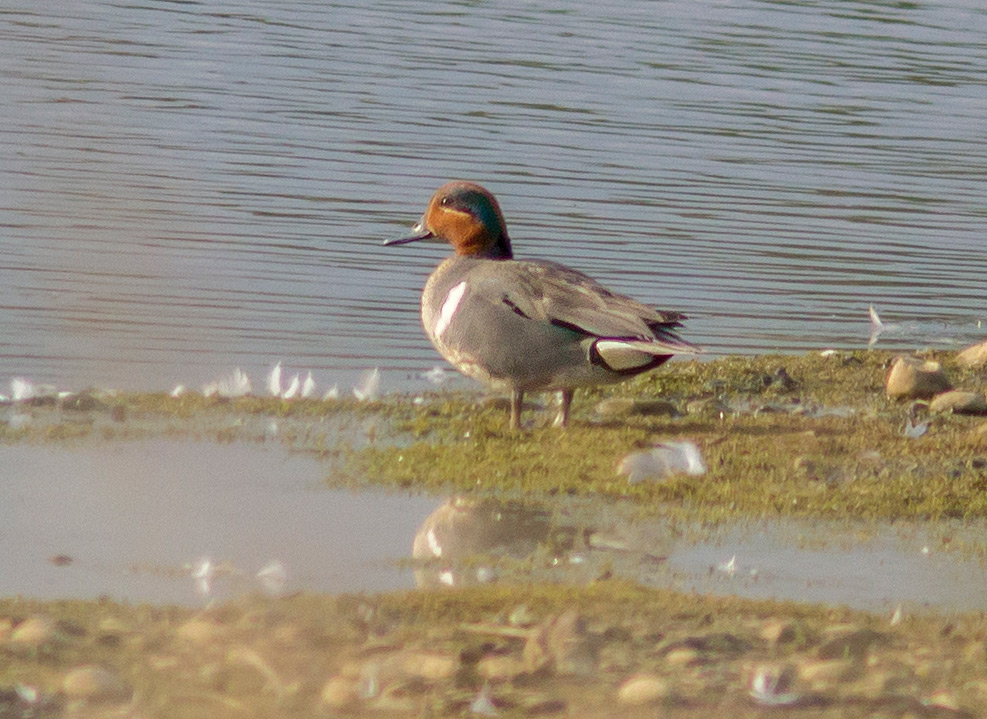 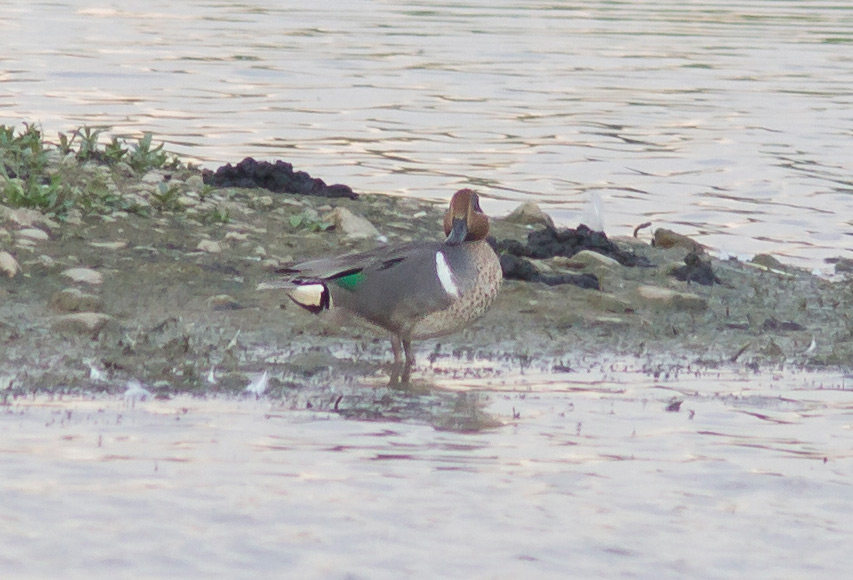 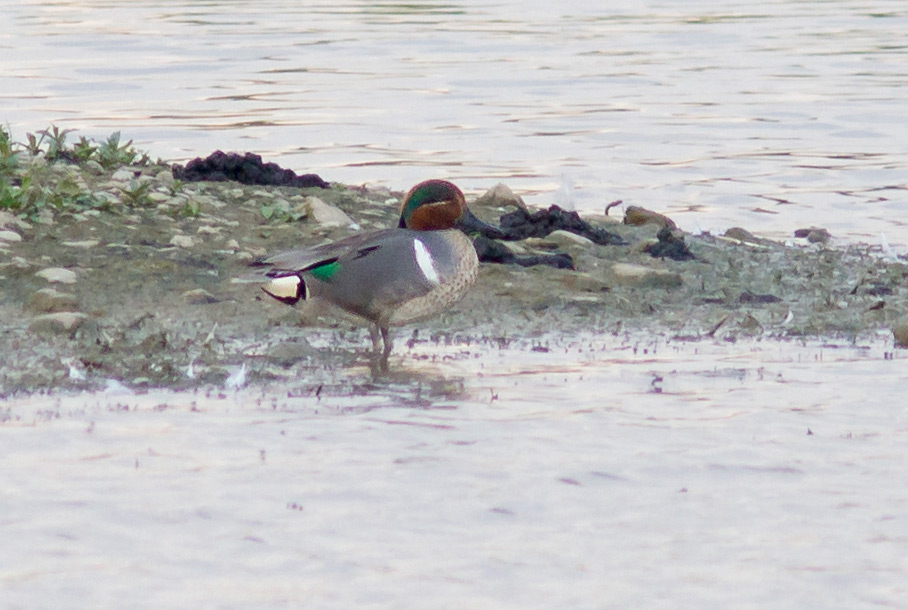 A self-found tick for me, this lovely drake was a bit of a surprise yesterday evening. It is the first Green-winged teal I have seen in the PBC area since 2010 when John Saunders found one for the second year running at Maxey pits. Prior to that, GWTs were almost annual and it seems likely that we were seeing returning birds each year (as the Maxey bird probably was), rather than new birds each year. Anyhow, that takes my PBC year list up to 178.
Incidentally, in addition to the obvious 'vertical' white flank lines (and the absence of a Teal's 'horizontal' scapular line, this drake GWT also showed: the more subtle, pale lines bordering the dark green face line (much clearer on typical Teal, particularly the upper line); what appeared to be a more pointed rear to the head (I am not sure if this is a consistent feature); and a paler undertail region (pale buff rather than yellow; again this may be individual variation). The views were not close enough to analyse the density of the vermiculations of the 'grey' flanks.