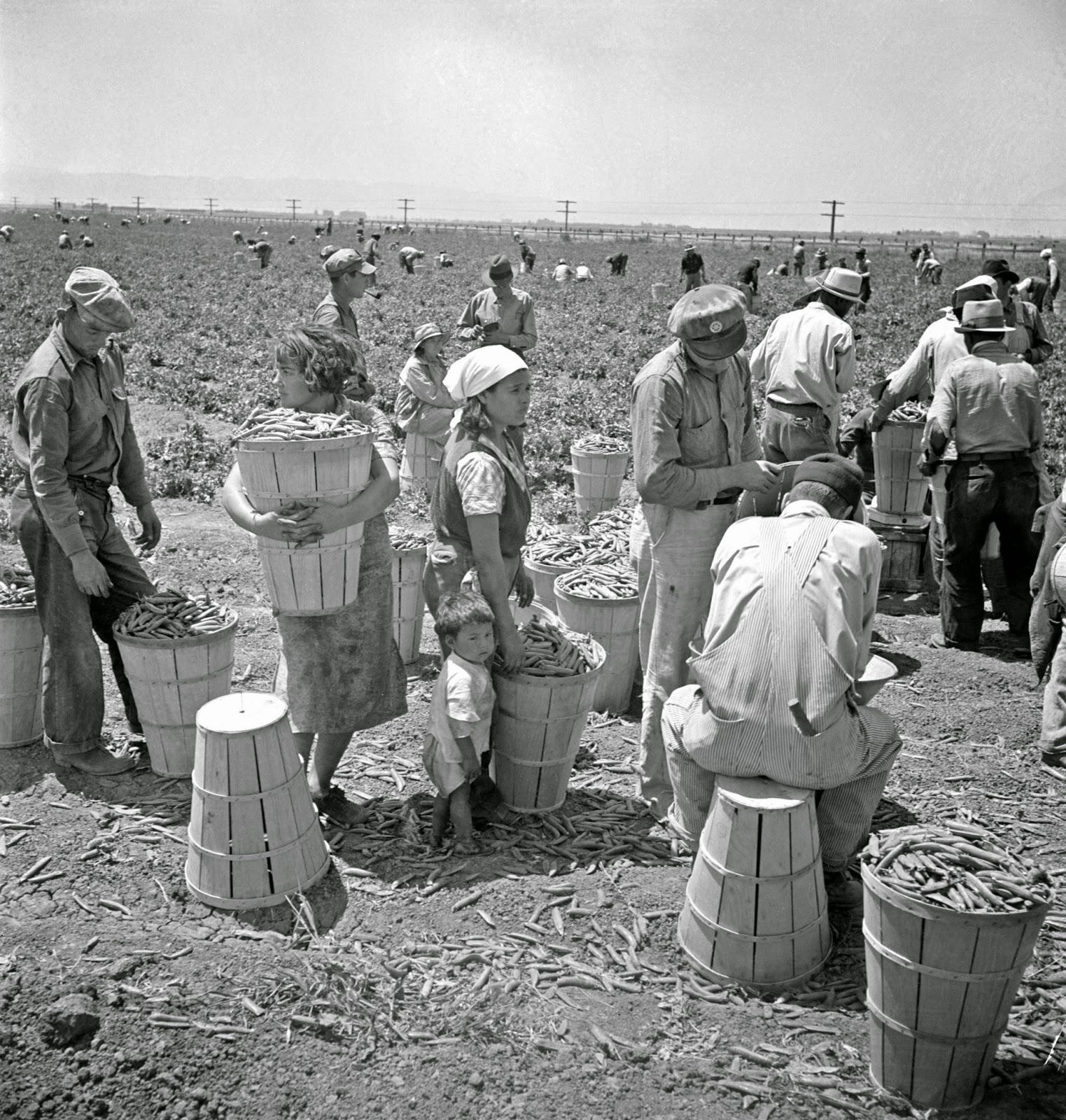 Migrant pea pickers from many states line up with their filled hampers on the edge of the field. They wait their turn for weighing. Near Westley, California, April 1938 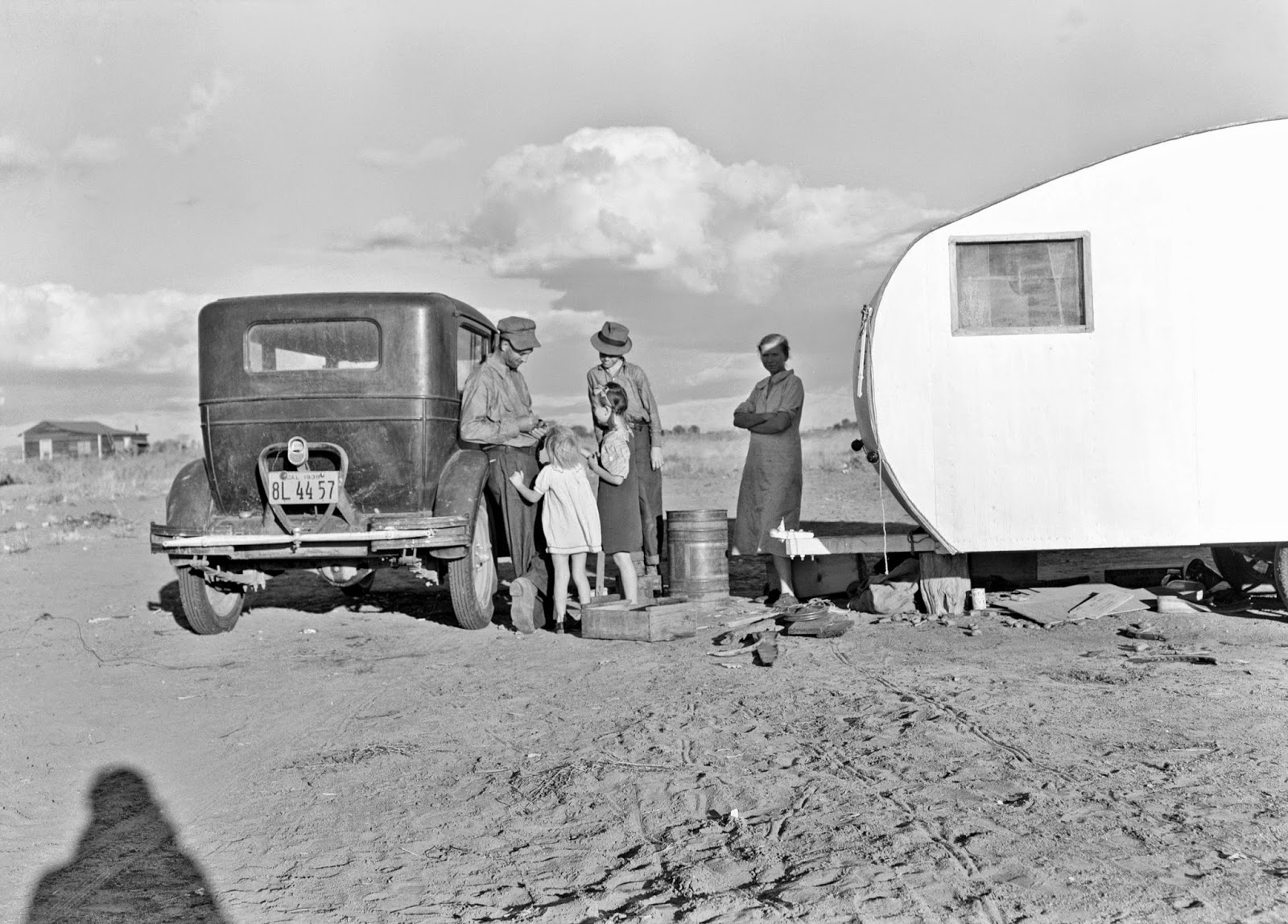 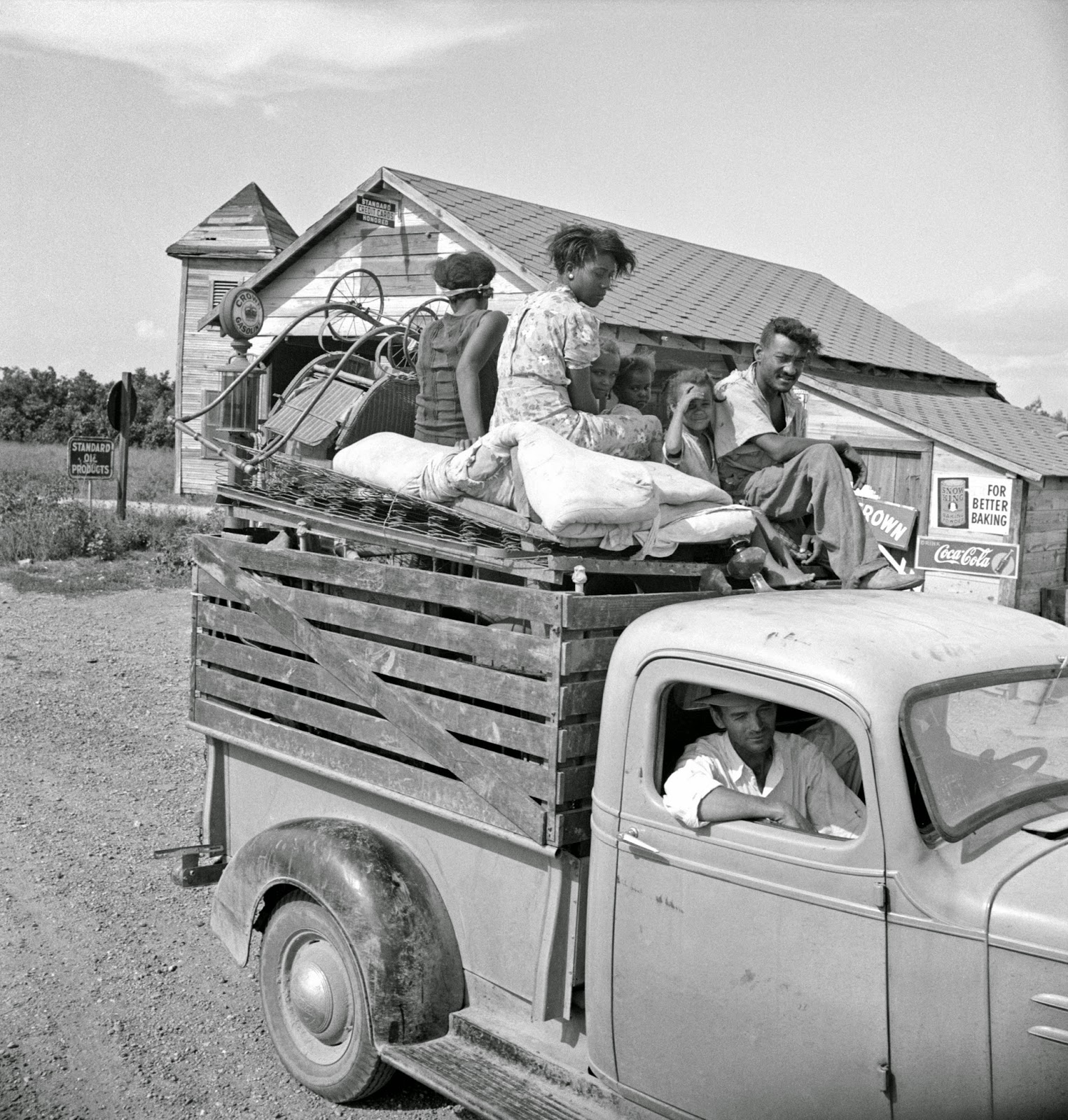 Mississippi Delta, on Mississippi Highway No. 1 between Greenville and Clarksdale. Negro laborer's family being moved from Arkansas to Mississippi by white tenant. June 1938 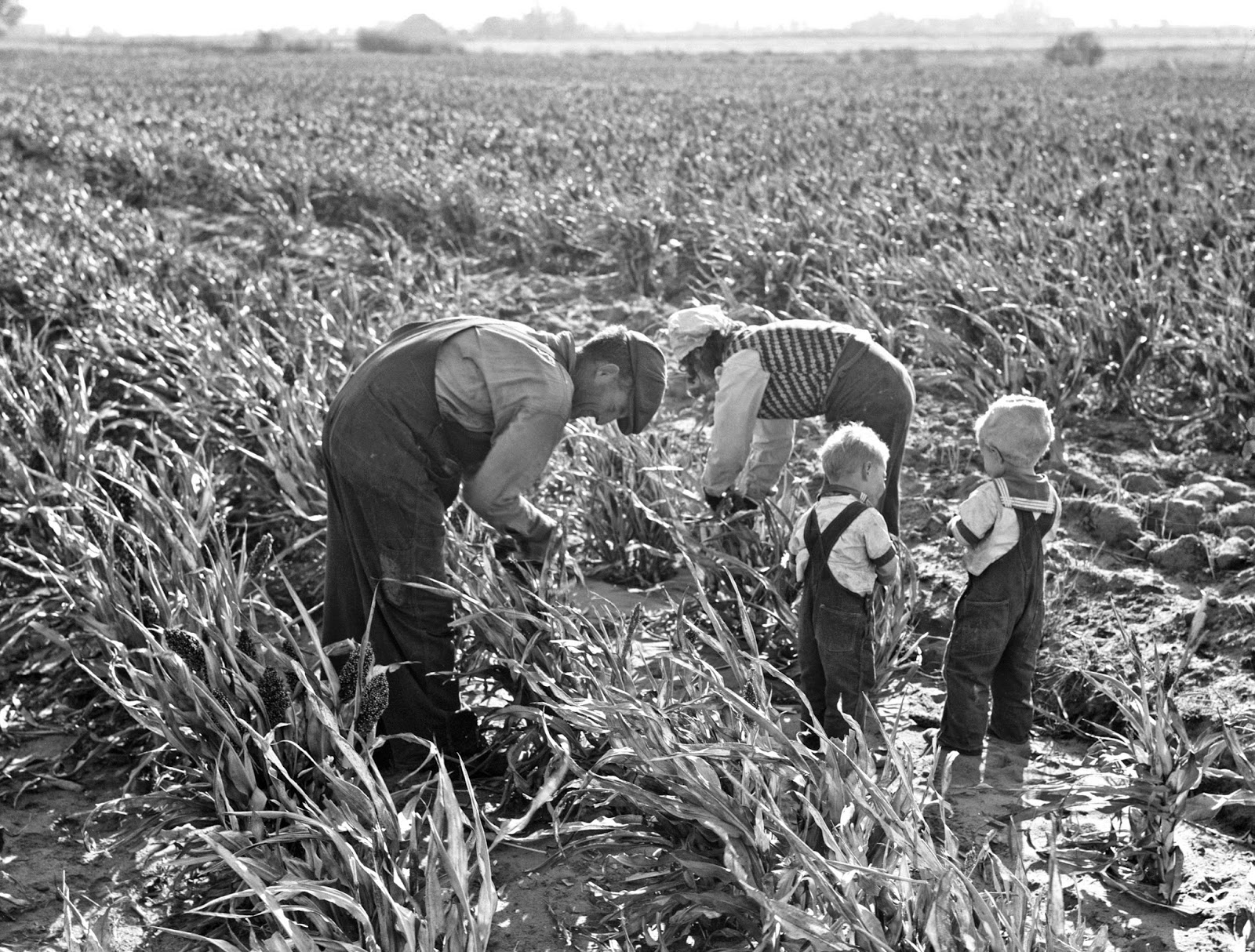 Near Manteca, California. Formerly rehabilitation clients. Now operating own farm under Tenant Purchase Act. A year and a half ahead on their payments. Family labor harvesting milo maize. Average loan for purchase of farm and improvements in San Joaquin County is seven thousand four hundred and sixty-five dollars. November 1938 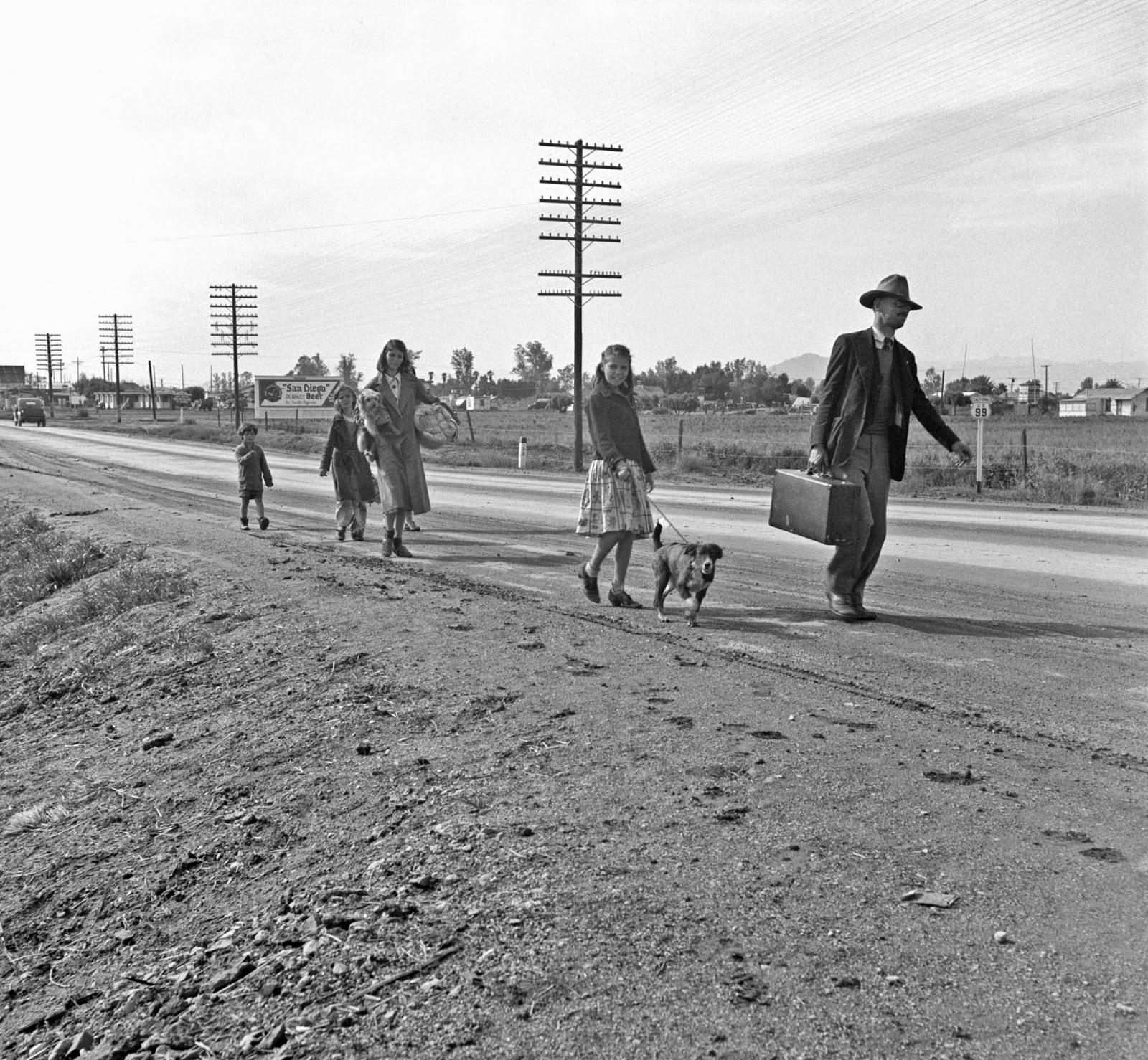 On U.S. 99. Near Brawley, Imperial County. Homeless family of seven, walking the highway from Phoenix, Arizona, where they picked cotton. Bound for San Diego, where the father hopes to get on the relief, because he once lived there. February 1939