There was further good progress with my early morning Ferry Meadows CP sessions, today, with three particular highlights. Firstly, a Raven flew north over Gunwade Lake, then drifted toward the nearby Milton Estate (probably the first place Ravens bred around Peterborough). It was an odd-looking individual, as its tail was not fully grown, so it looked like the tail of a Carrion Crow (and made the large head and bill look even larger!). Luckily, my friend Andy was able to get some record shots which confirmed its identity.

Next a Dunlin came whizzing low over the water of the lake, banked, and whizzed off into the distance. This is only the second Dunlin I have seen at FMCP, this year.

The final highlight was what I believe was a 3rd-summer Yellow-legged Gull (though the age may be wrong). I was a bit sluggish getting my camera out, and by the time I could get any shots it was already a long way away, unlike when I first saw it bathing and being hassled by a Black-headed Gull. This is a fully fledged Peterborough area year year tick for me (I am now up to 174 species). 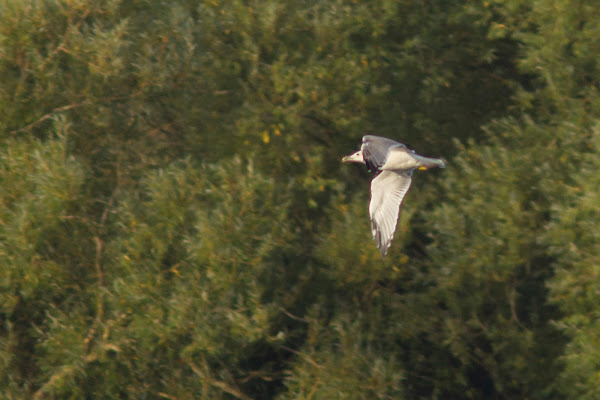