It was back to fruit picking for Ed (I am surprised he can even look a blueberry in the eye, these days!), and I was once again early on, at Deeping Lakes. Nothing much to report there, so I headed to the Baston and Langtoft pit complex (BLGP), where the lingering juvenile Black-necked Grebe is still on theT-junction pit. On the way home I called in at the new workings near Etton, Cambs, which had 4 Common Sandpipers, 1 Green Sandpiper and lots of Yellow Wagtails.

I got a report that my friend Don found a Redstart at Ferry Meadows this morning, so I may head down there after work, today… Watch this space. Meantime, here is a tame Robin from out garden (I think a youngster, who has just grown his ‘adult’ type head feathers). 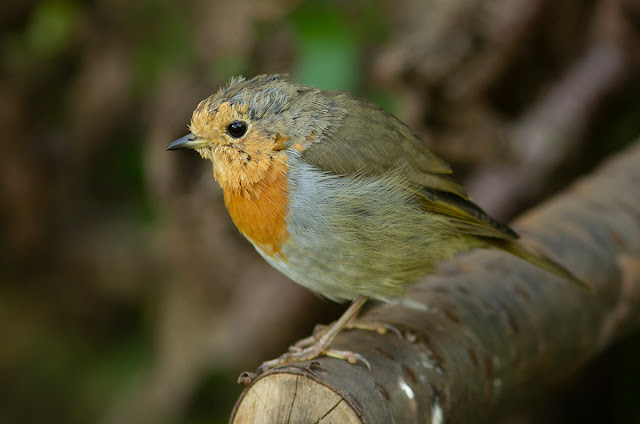 As it happens, after work I cycled down to Ferry Meadows and almost immediately upon arriving at the scrubby area called Coney Meadow, I saw the female Redstart! But it was another hour until I saw her again. No photos. The bushes around here were full of warblers, mainly Chiffchaffs and Willow Warblers, with several Blackcaps, Whitethroats and Lesser Whitethroats, plus Goldcrest.

After getting a bit bored waiting for the Redstart to reappear, I wandered down to Roman Point on the edge of Overton Lake and admired the growing Ring-necked Parakeet flock which were nibbling on Field Maple seeds. Most were juveniles, and the flock was more than 20 strong. So, there must have been several broods mixing from the newly-established local breeding population. These ones were posing for photos! 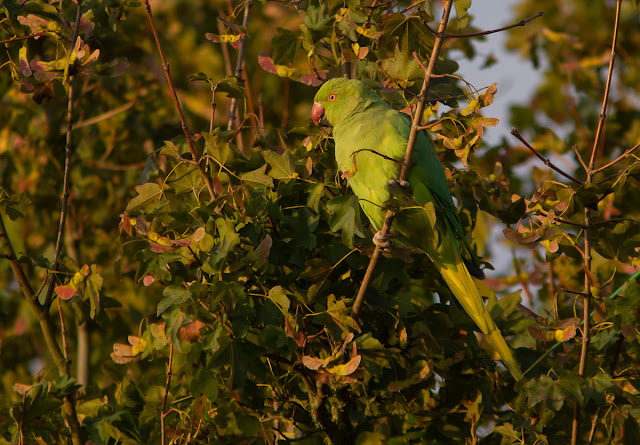 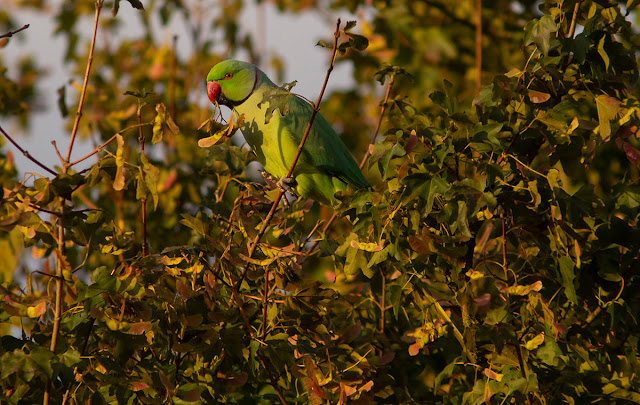 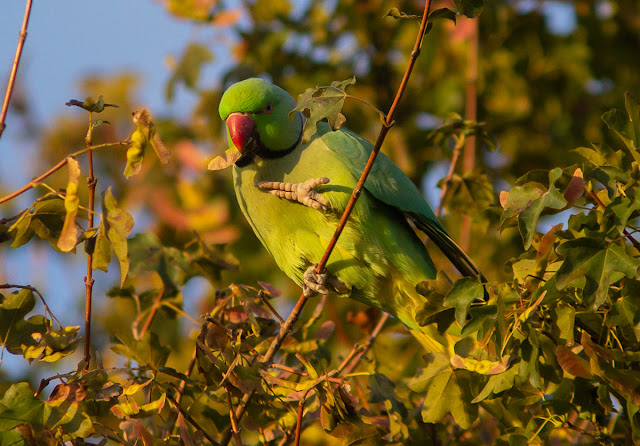 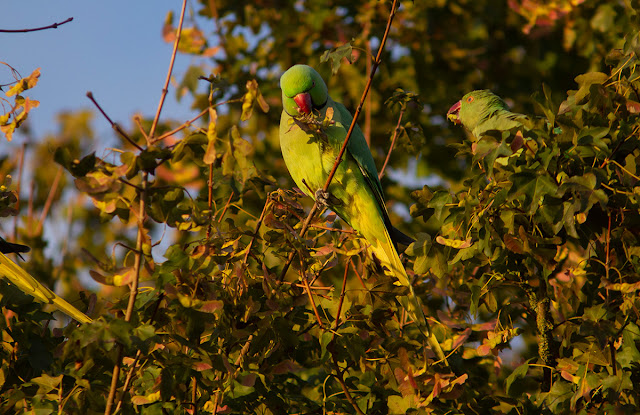