Skip to content
From the Cornell University website, "Hotel Ezra Cornell (HEC) is an annual weekend-long educational conference, a 90-year tradition at the Cornell School of Hotel Administration, put on by the students for hospitality industry leaders." The 90th Hotel Ezra Cornell took place in March of this year. Here are some photographic mementos from earlier ones. 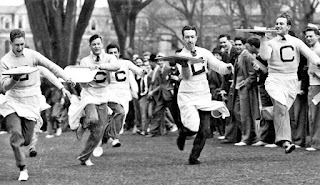 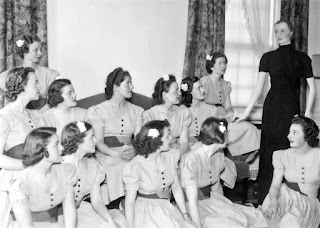 Twelve waitresses, with one mannikin, who will serve at
13th annual opening of Hotel Ezra Cornell, May 13, 1938 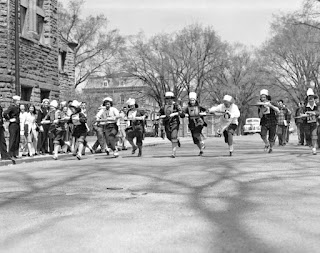