I had a bit of a late start this morning, and once more went to check on the Crossbills at Southey Wood. After a bit of work, I encountered about 10 of them (I only saw adult females clearly), though they are being a bit elusive and quiet; even more so than before… Nearby, a small flock of Siskins is building. At least one of the males was in full song, including the wheezy, extended note which sounds a bit like a motor drive on an ‘old skool’ SLR camera…

The finches noisily disappeared when a Buzzard came flying low over the tree-tops. I also recorded about 10 species of butterfly in the woods, there, including Silver-washed Fritillaries now looking a bit past their prime , and a nice Common Blue (also a tad worn, though). 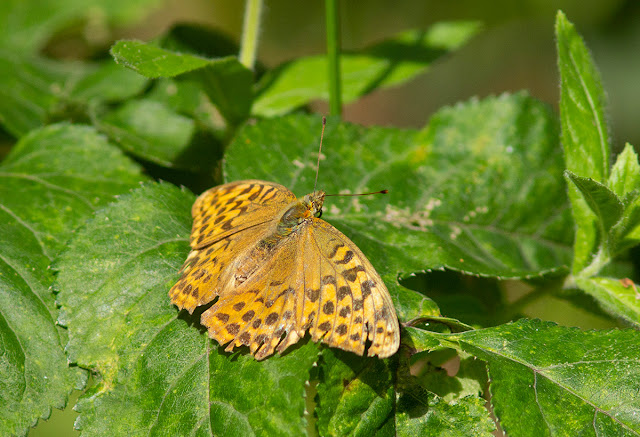 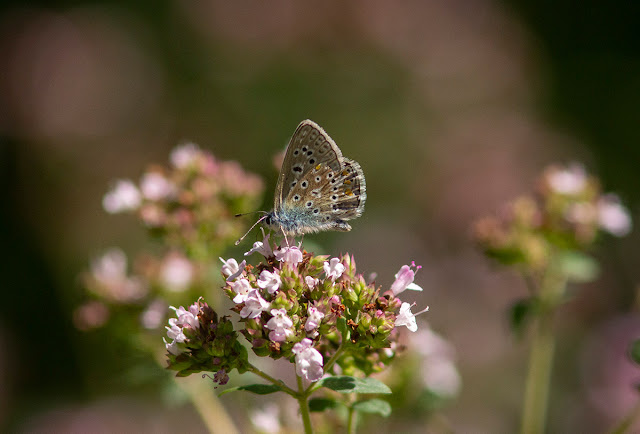 At the Baston and Langtoft pit complex there were five Green Sandpipers on the New South Pit (NSP) and a Greenshank on the ‘wader pit’. Also there was a ‘leucistic’ Lapwing, where the upperparts were buffy brown (almost the colour of the nearby Greylag Geese), which is always unusual.