I spent a bit of time at Deeping Lakes LWT (near Deeping St James, south Lincolnshire) this morning. Highlights were a couple of Common Sandpipers and an adult Greenshank. There were a couple of juvenile Marsh Harriers flying about and an adult female was also chased off by an adult Lesser Black-backed Gull. I think these juveniles are from the pair which have nested nearby and the female was probably their mother.

Later I went down to Bedford Purlieus (west of Peterborough, in an odd extension of Cambs) where I hoped to see White-letter Hairstreak butterflies. No such luck. There were plenty of Silver-washed Fritillaries and Gatekeepers and the odd Holly Blue going about, but no hairstreaks that I could find. 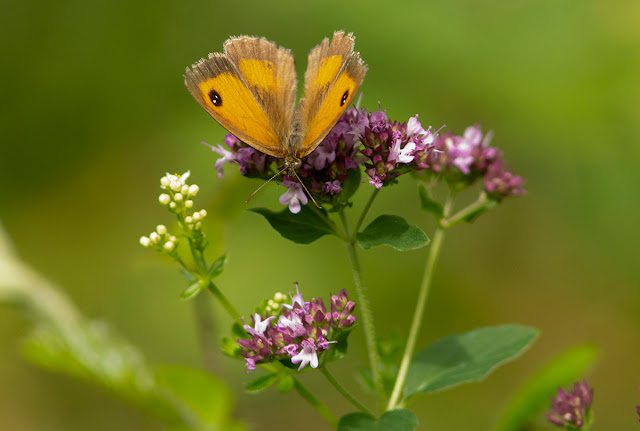 I also photographed a nice looking yellow and black insect that I believed was a Nomada ‘cuckoo-bee’. When I checked the photo, later, though, I found it had just two proper wings, and so couldn’t be a bee after all (they have four) and must be a true fly (ie in the order Diptera). It turns out it was member of a family of flies called Conopidae, aka bee-grabbers aka wasp-grabbers aka thick-headed flies. I think my one is Conops quadrifasciatus (the larvae are internal parasites of bumblebees!). 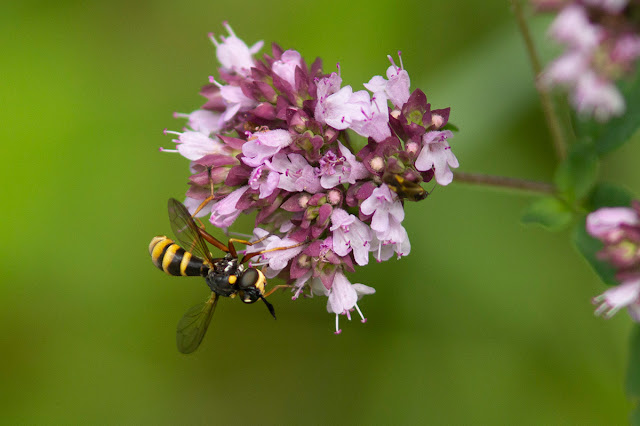 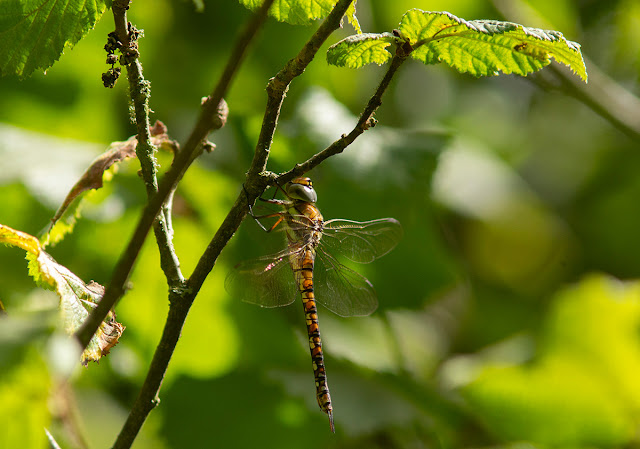 Birdwise, I heard a begging juvenile Sparrowhawk (late July into August is the peak time to hear the youngsters demanding to be fed, which is often the best way of knowing where the hawks have nested). Also, I found a few Marsh Tits here and there in the woods and some Siskins were flying about.

As I was leaving, I saw a young Fallow Deer feeding by the side of the track-like road, so I snapped a few shots, leaning out of the window of the car. 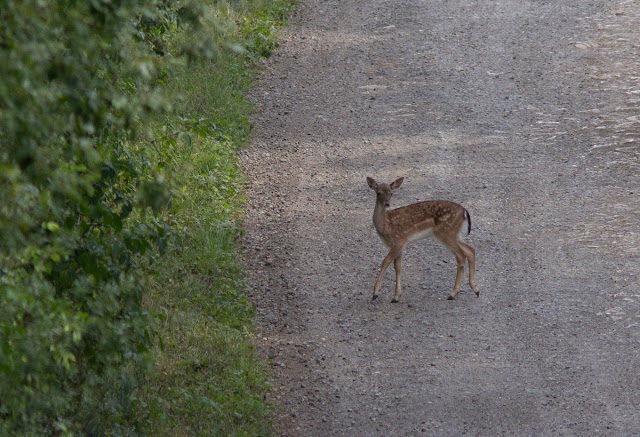 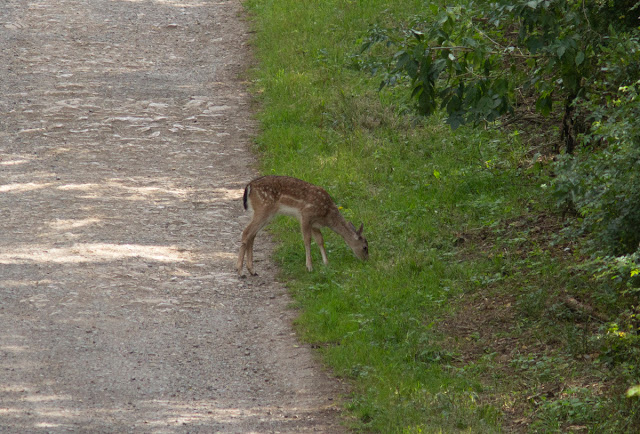