Skip to content
Yes, I was back at Southey Wood for the Crossbills, first thing. Indeed, for once, Crossbill-fanciers outnumbered dog-walkers and families out for a walk, this morning, with quite a crowd enjoying the views. One or two juvenile birds showed best for prolonged scope views. These included a couple with pale tips to the upper wing-coverts, making it look like they have double wing-bars; I think this combined with a trick of the light was what got me ‘excited ‘ the other evening. It is all educational. Talking of which, I could watch and learn from these beauties all day. For instance, I didn’t realise quite how long and flexible their tongues are! 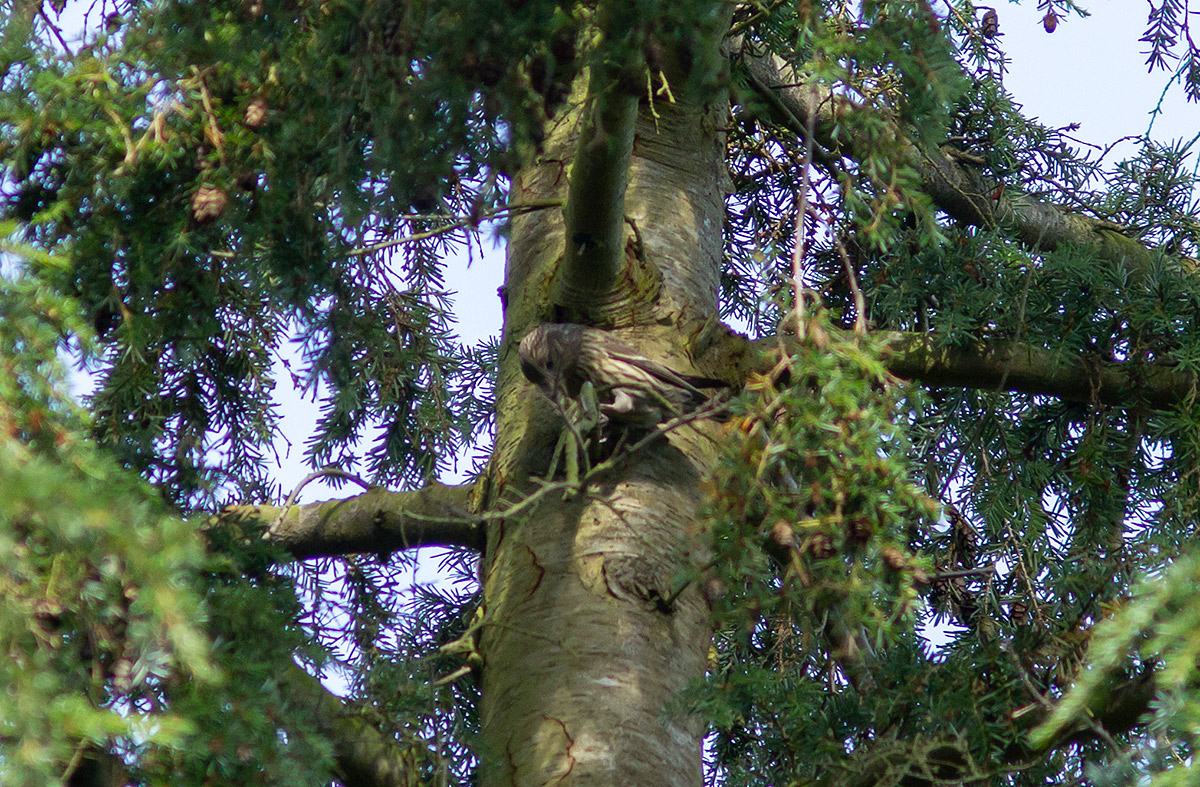 Juvenile Crossbill, showing transverse ‘wing-bars’, Southey Wood, Cambs, 25.7.20
Later, when the ‘bills had become elusive (even more so than usual, that is), I visited Deeping Lakes, again. As expected the poor Lapwing which was the victim of gull abuse, was now another corpse on one of the islands (there are also corpses of Mute Swan, multiple Lesser Black-backed Gull, Black-headed Gull, Coot and Mallard lying about on various islands).
There was a small hint of passage, wader wise, with a juvenile and two adult Dunlins (perhaps of different subspecies, judging by their different sizes and the extent of the black bellies) and 3 Redshanks which came in from the east. Also, there were 2 Common Sandpipers. A Red Kite came to check out if there were any new gull chicks to grab and eat, and a couple of Marsh Harriers drifted by at greater height.
Later, I remembered that the Broad-leaved Helleborines (a type of orchid) would be in better bloom this weekend. So, I headed off there to see them. I found at least a dozen spikes in the Beech wood, and very pretty they were, too. But, I am more of an animal man than a plant lover, and they were tough to photograph effectively with my gear, so I soon bade them farewell and went home. 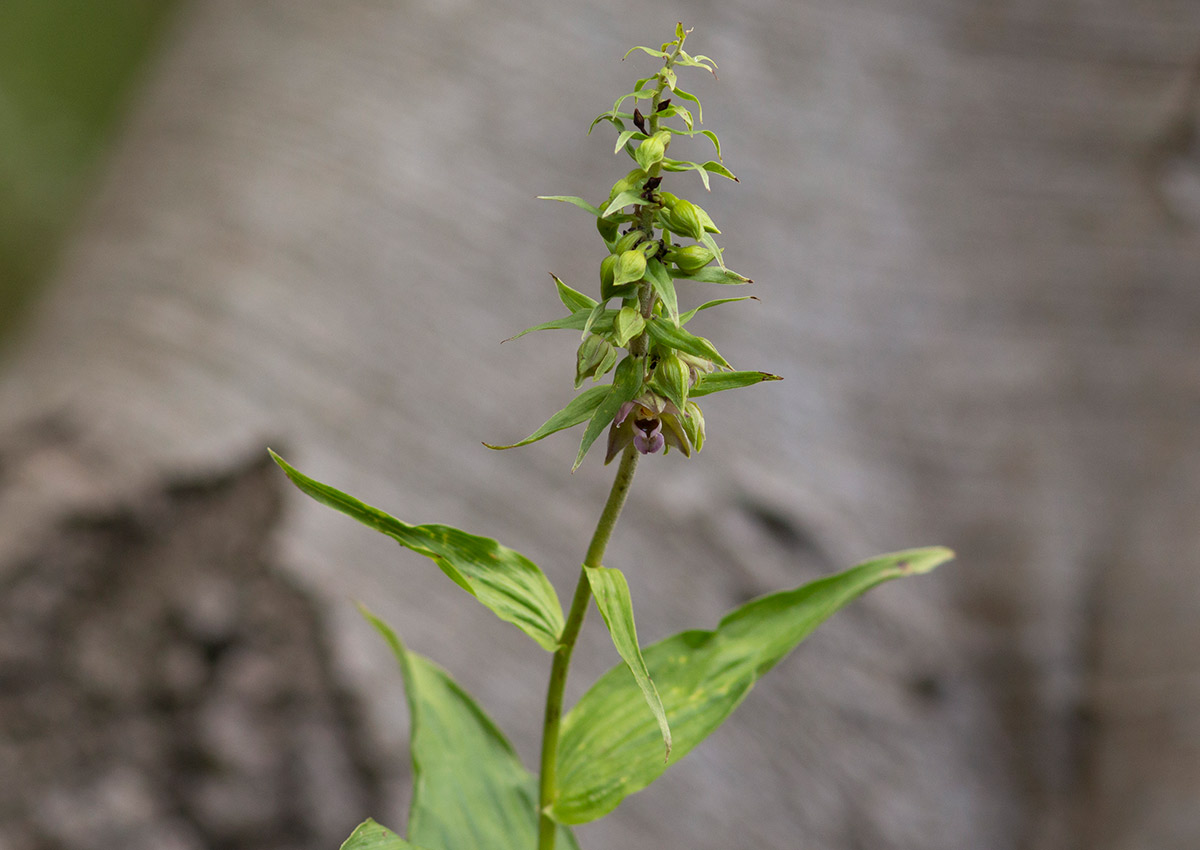 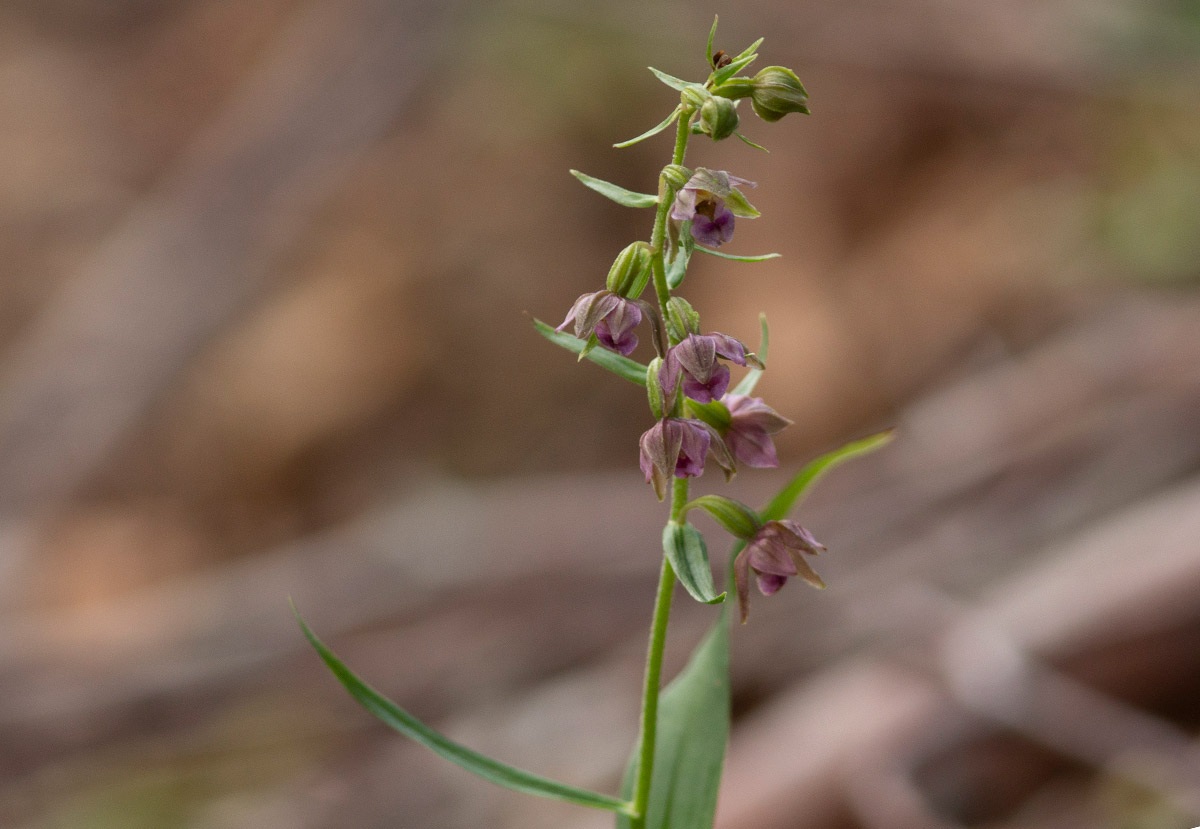 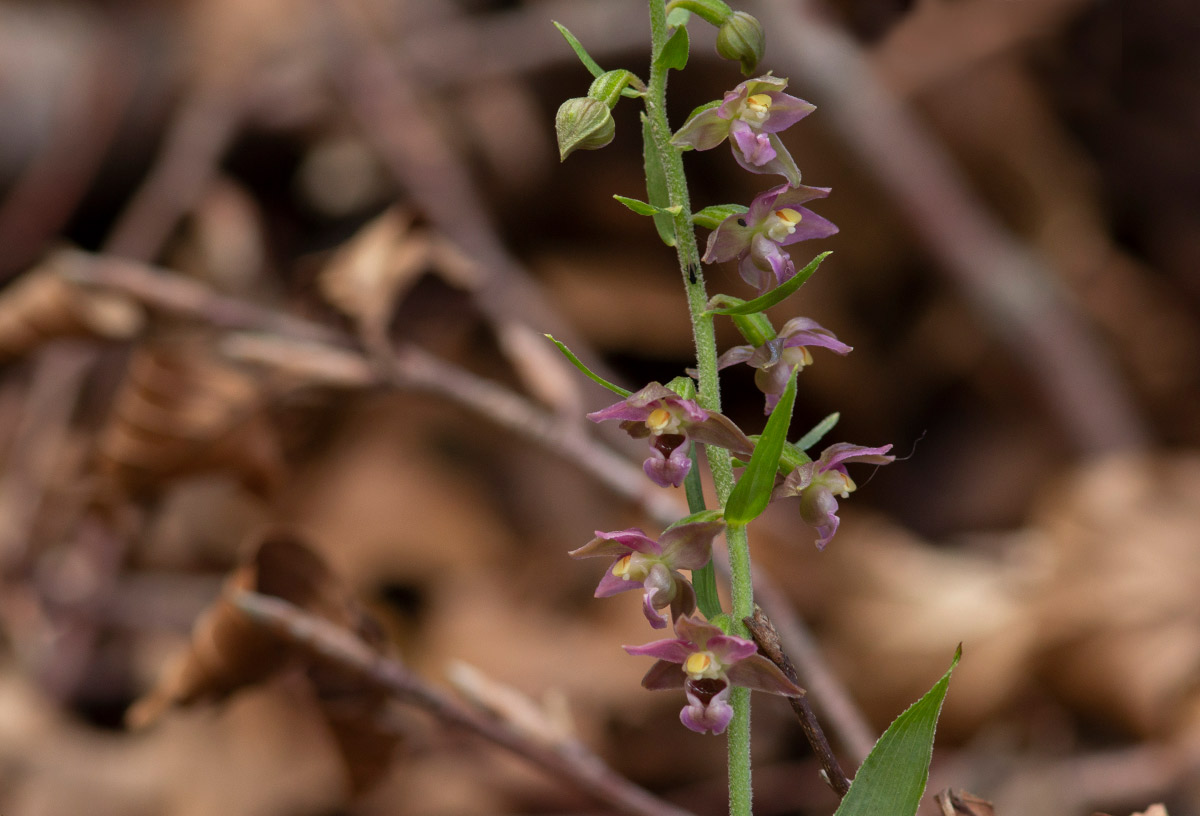 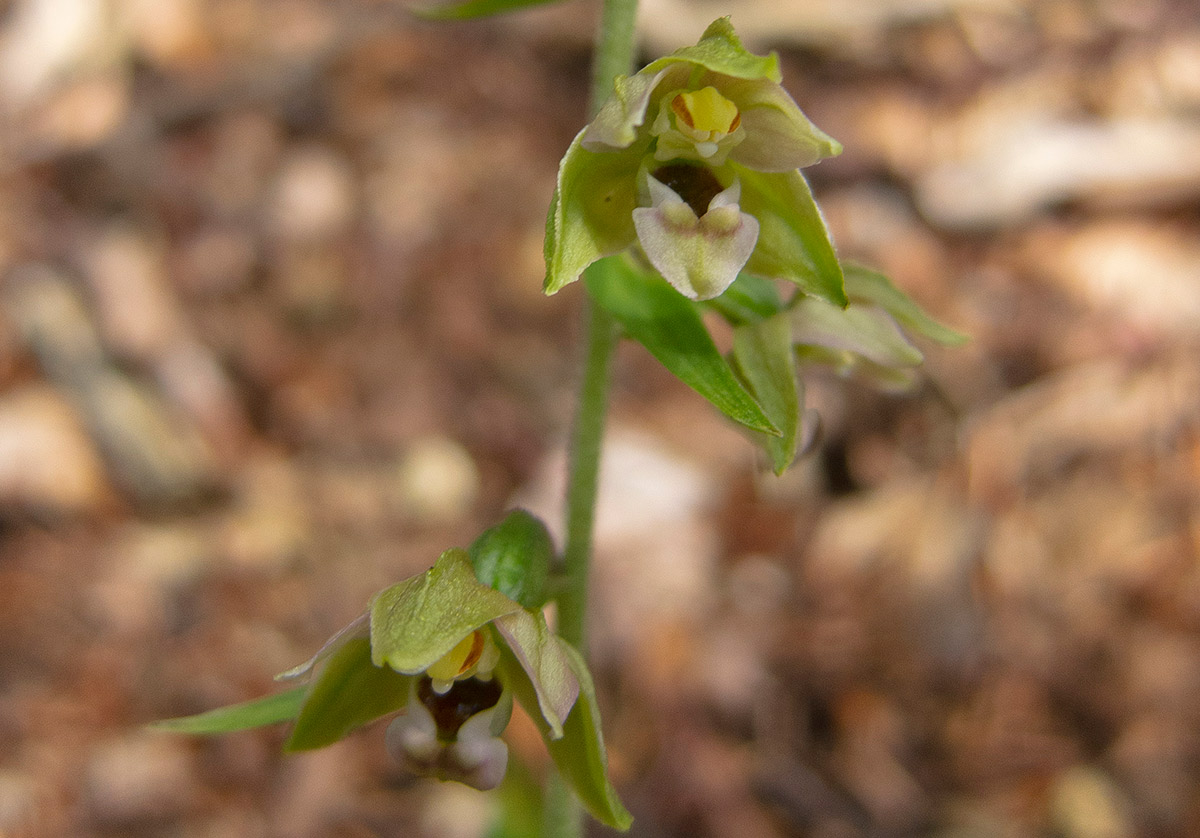