Skip to content
A Knot was found at Baston and Langtoft Pits (the ‘Wader Pit’) last night, and thankfully, it was still present when I turned up at 5.45 this morning. And what a beauty it is, in full summer plumage, with wonderful orange underparts. At one stage it flew around the pit, having been spooked by other birds, and it really was splendid to watch (it returned to its favourite shore). I also saw a Common Sandpiper there and a couple of newly hatched Common Tern chicks, one of which was trying to eat a fish that was far too big for it. Oh, and I counted 186 Coots on that pit!
I moved on to again revisit Southey Wood for the Crossbills. They took some finding, but eventually their calls gave them away as being exactly where I had seen them feeding on Saturday. Annoyingly, they almost exclusively fed around the back of the trees, and didn’t come into the sun for photos. I reckon there must have been 8-9 birds at least. I love Crossbills!
On the way back to the car, i stopped to photograph one of the half dozen or so Spotted Flycatchers near the picnic area. I think Southey Wood is now one of the most reliable breeding areas for this hugely declined little bird. 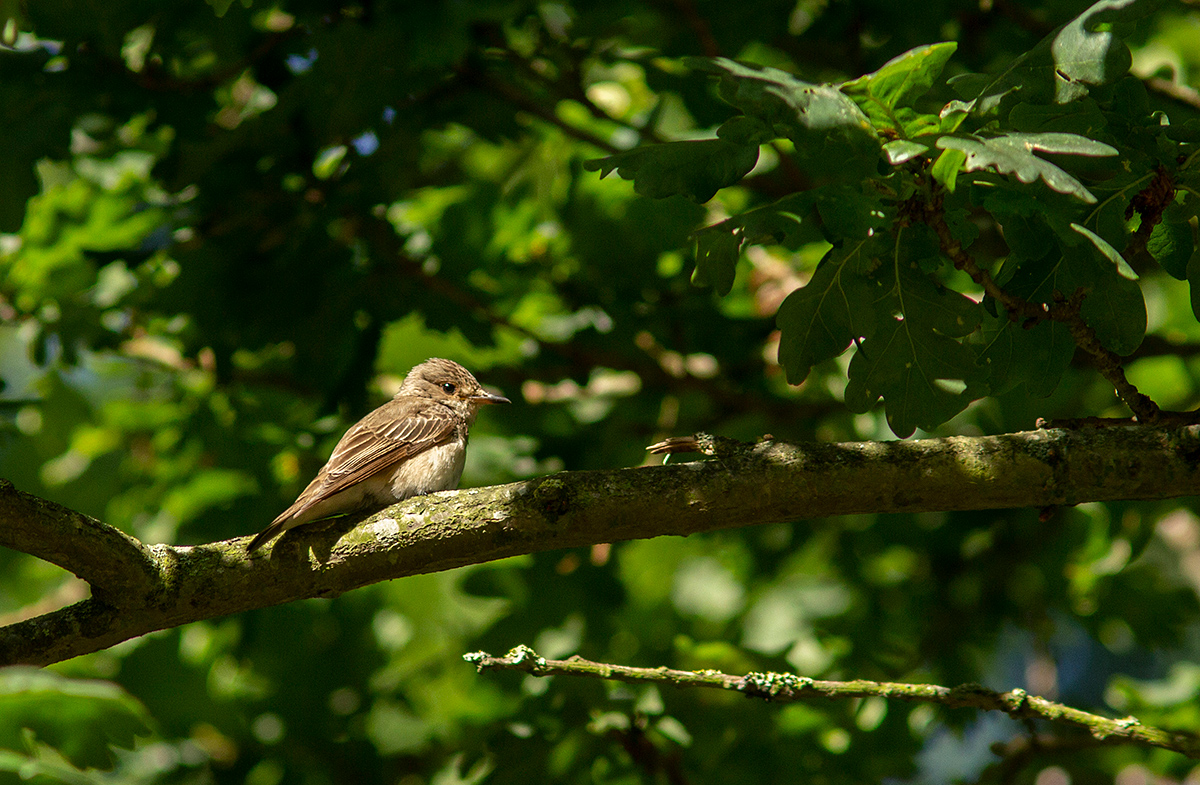 Spotted Flycatcher, Southey Woods, Cambs, 21.7.20
in the evening, I was back at Southey Wood in search of Crossbills. Luckily, after a while they were back in their favourite Western Hemlock trees. There are so many cones on these trees, it will take them many months to make any impact! There were up to 20 individuals, with more adult males than I had seen before. I watched them for more than an hour, feeding on the cones. Some birds liked to pluck off a cone then use a favourite branch as a feeding station; holding the cone under one foot, like a parrot, then stripping it of its seeds with the amazing bill.
I was struck again with the incredible amount of variation in plumage between the birds in the flock; there is much more obvious intraspecific variation than in any other finches. There are streaked dull, grey-brown juveniles, plain green, yellow-rumped adult females, and book-standard red males. But there are also yellow-headed, streaked youngsters; orange males; red males with an orange ‘lining’; and even birds which look yellow on the whole body, a bit like a toned-down Golden Oriole!
I hope they hang around for ages! 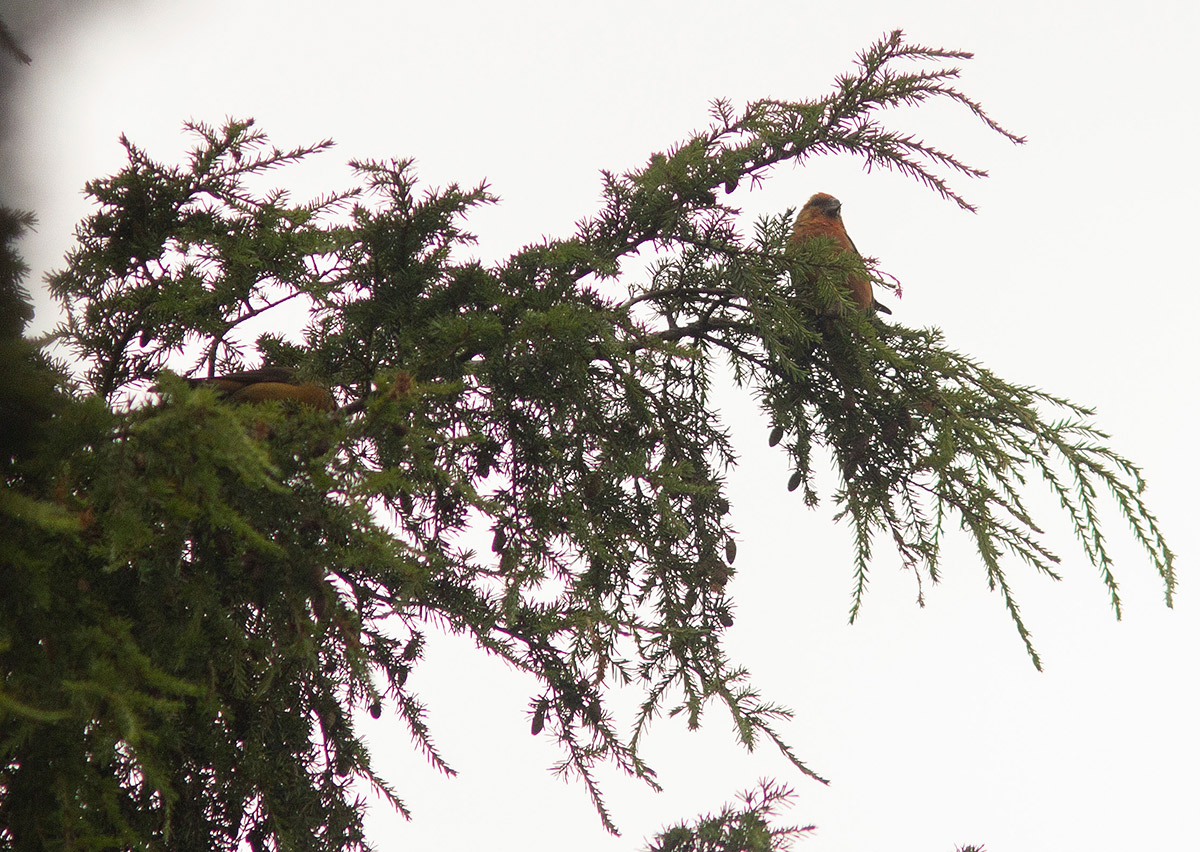 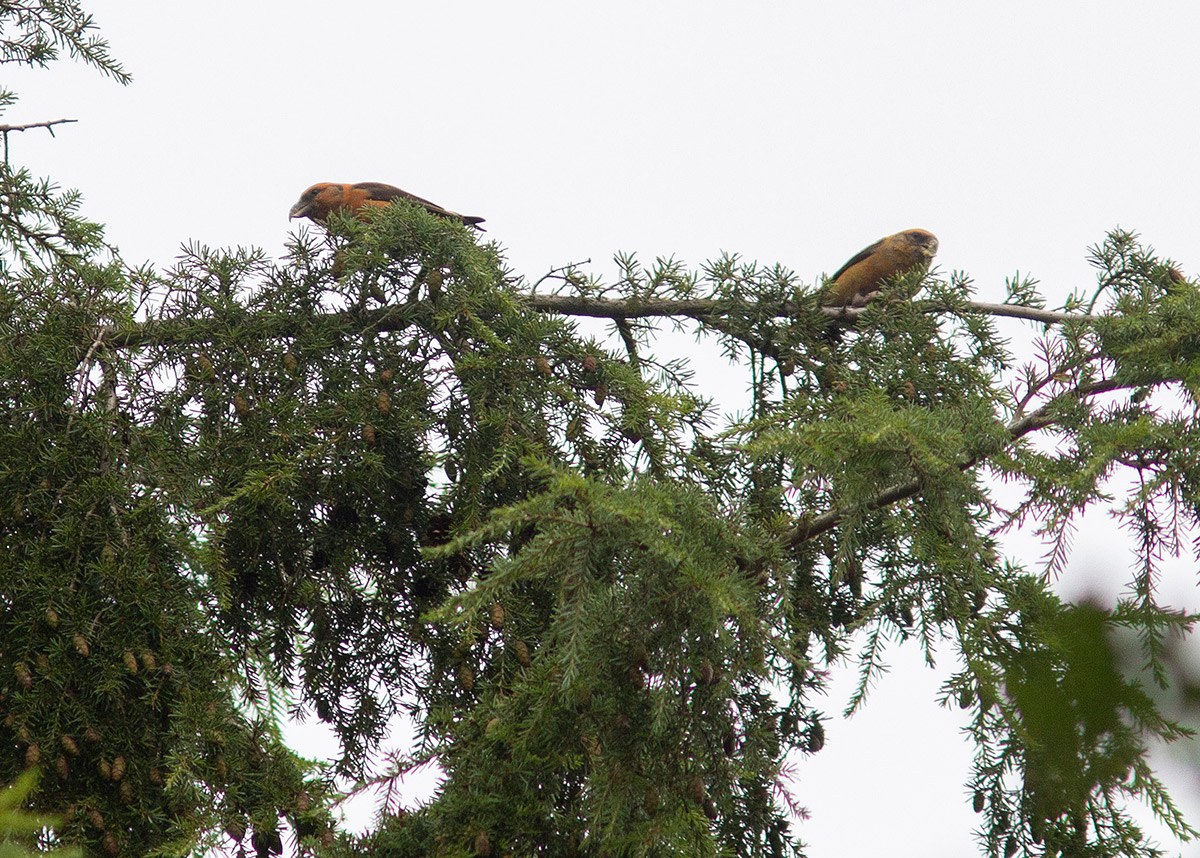 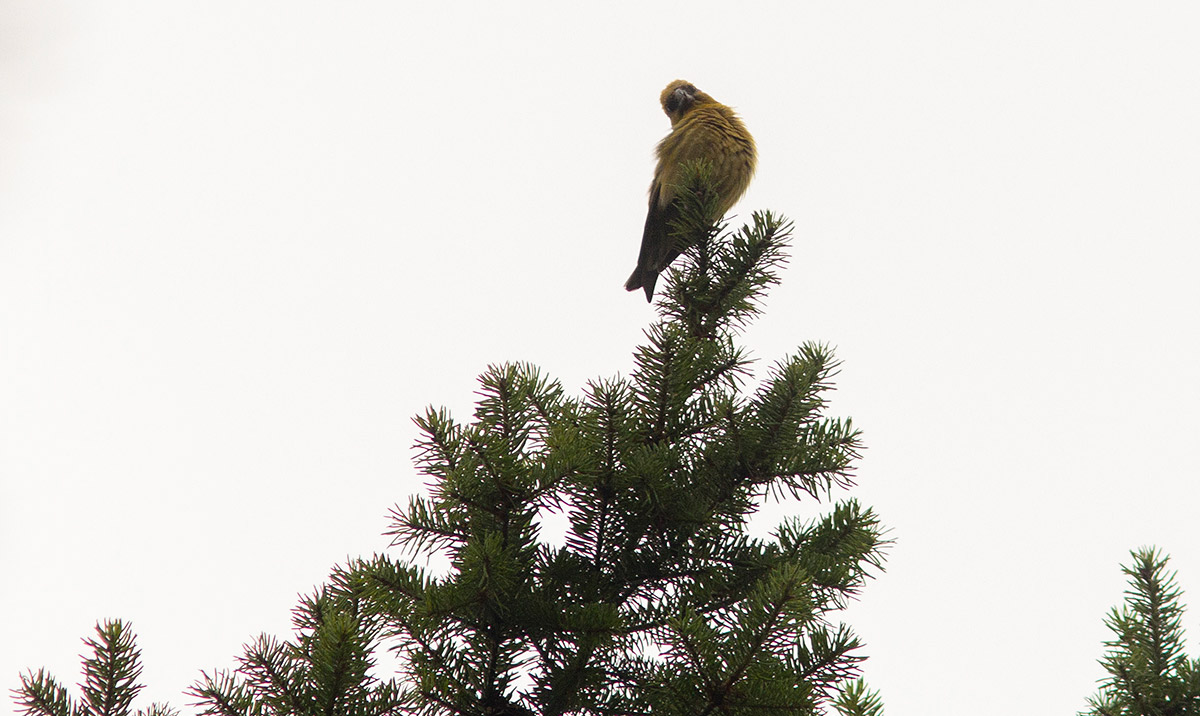 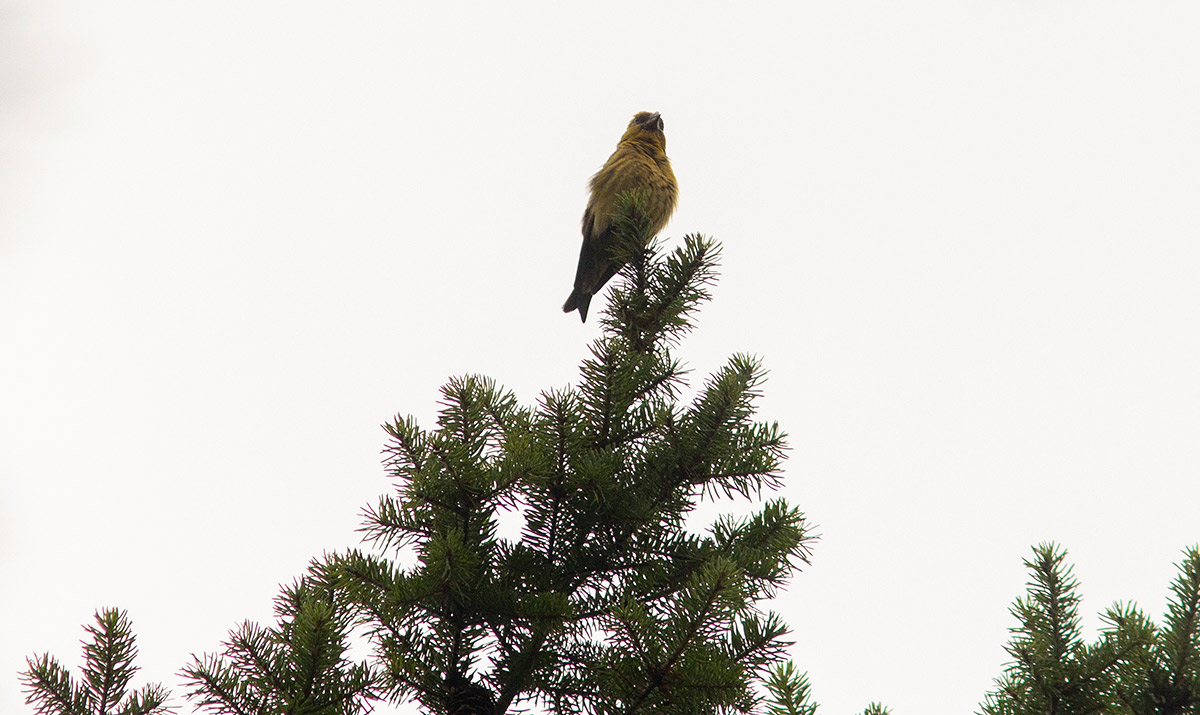