Skip to content
I was back in John Clare country (near Helpston, just north of Peterborough) again last night with Ed and his friend Lydia, looking for Glow-worms and comets. The numbers of Glow-worms was down a bit, since the other night, but we still saw about 50 of them! 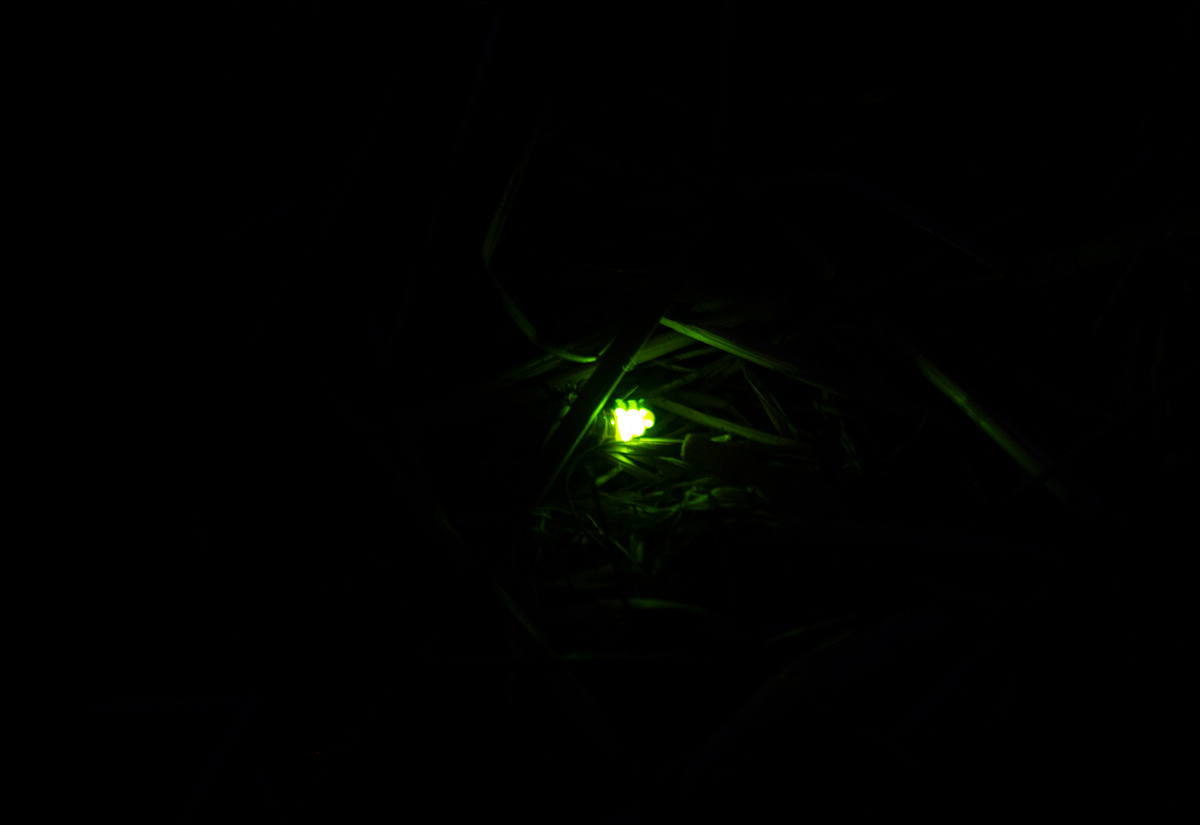 Glow-worm, north Cambridgeshire, 16.7.20
And, to start with, the cloud was a blanket, with just a hint of clarity near the horizon but no comet. There was plenty to listen to, however, with a couple of Barn Owls screeching for ages, some foxes making the most dreadful racket seemingly fighting each other, fly-over Redshank and Little Grebe (both calling, of course), calling Lapwings and a pair of distant Tawny Owls (including the male’s almost Snipe-drumming-like hoot). But as time went on, so the stars came out to play (though the comet was still under cloud) and I was able to play with my camera settings to photograph the Plough. 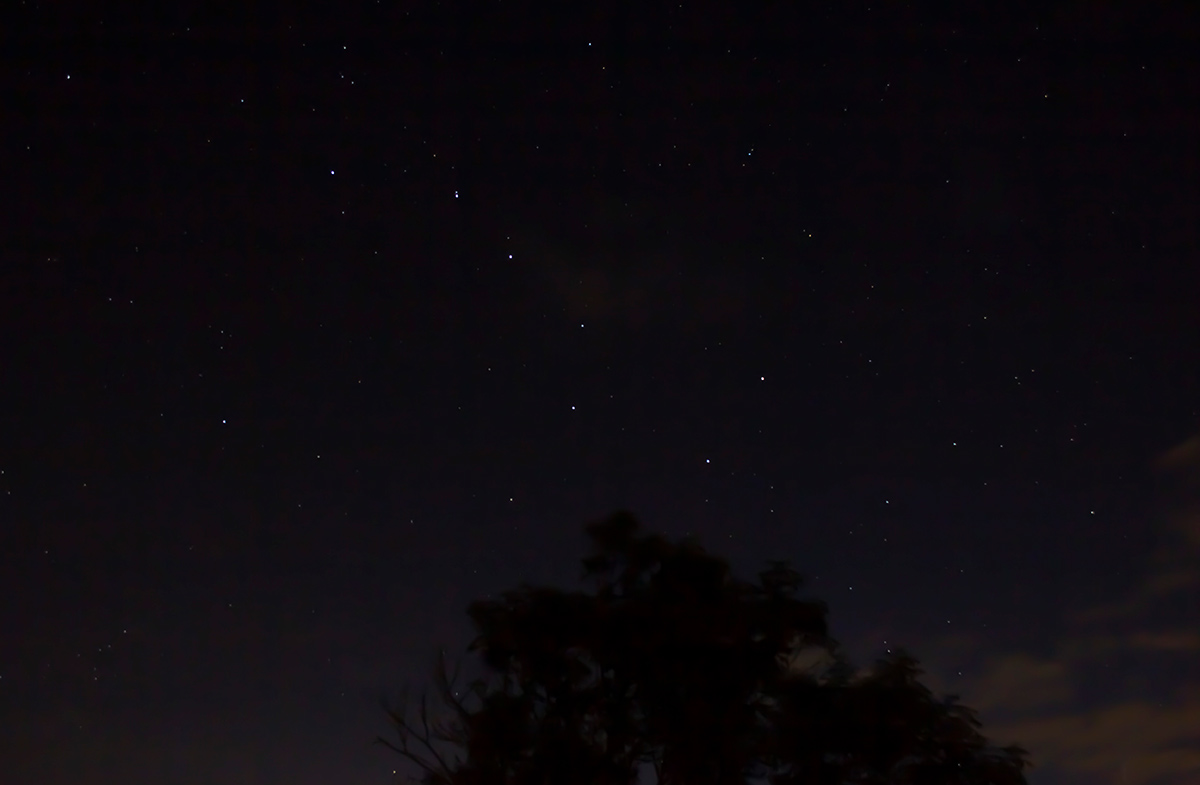 Night sky featuring The Plough, north Cambridgeshire, 16.7.20
Then the clouds began to pass a bit, and we got our first clear looks at the wonderful comet NEOWISE. 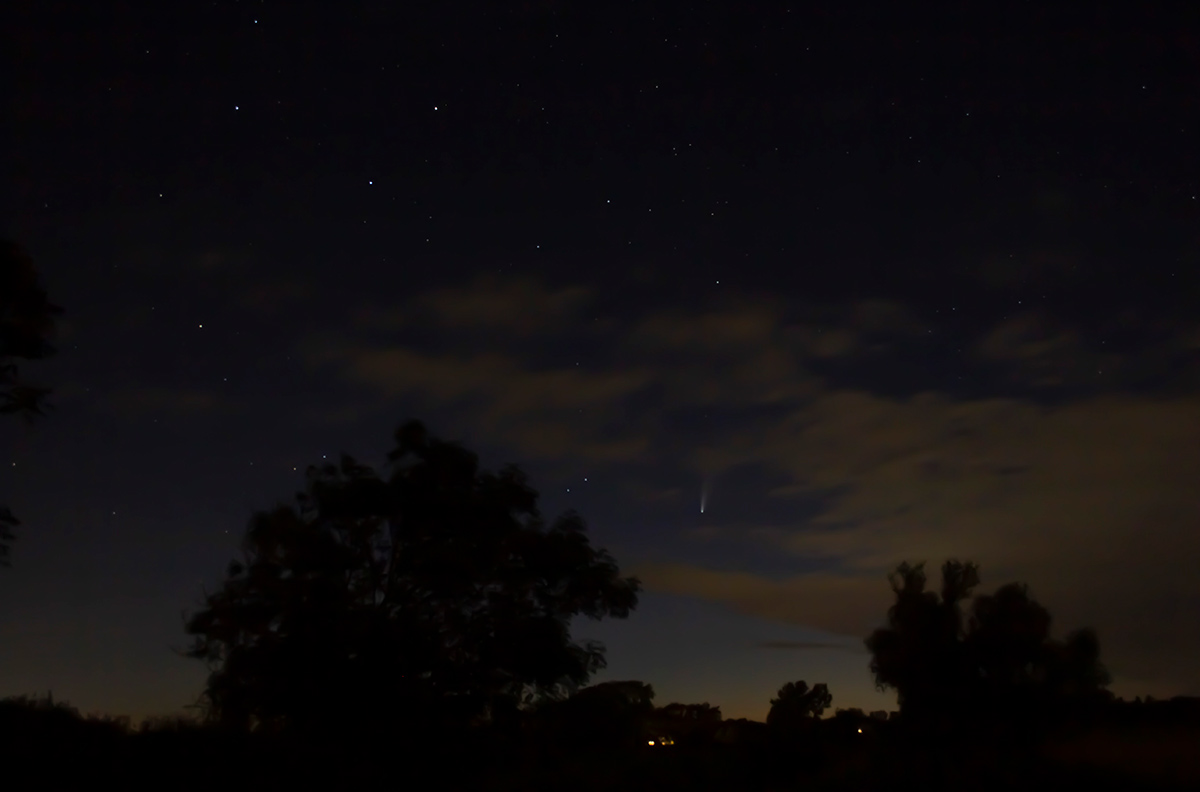 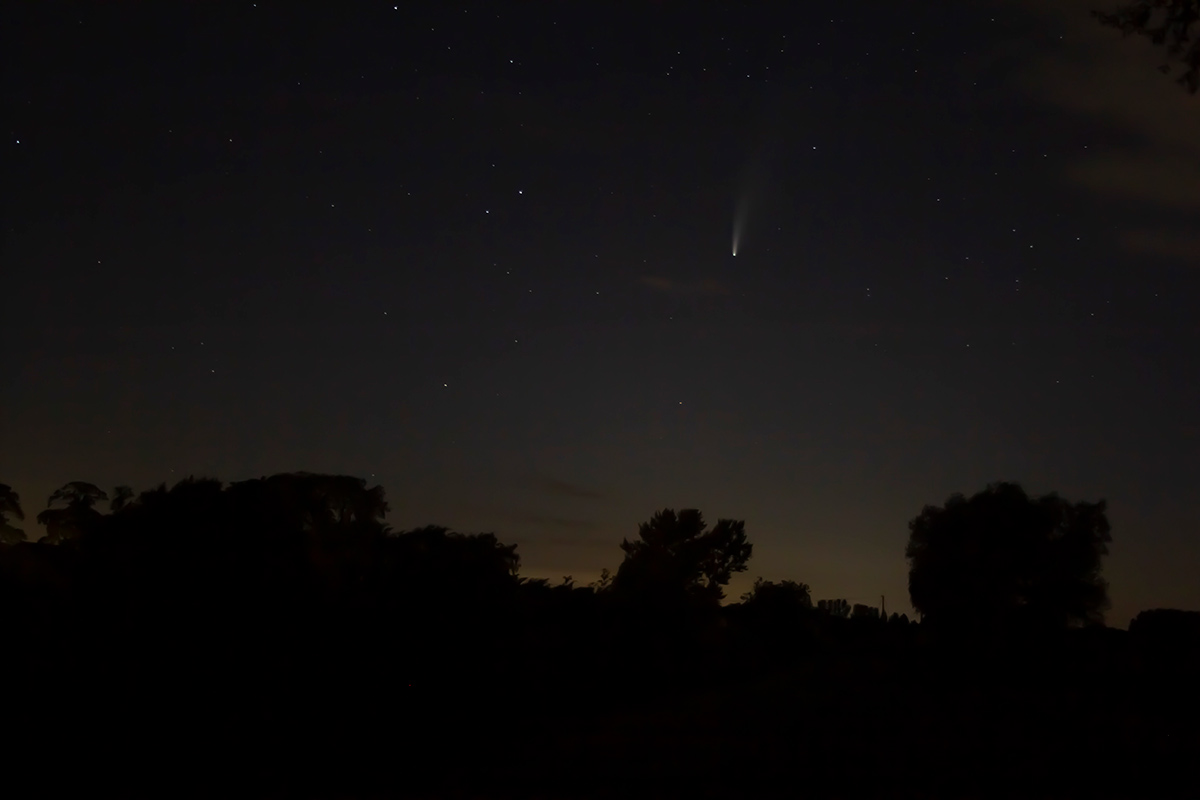 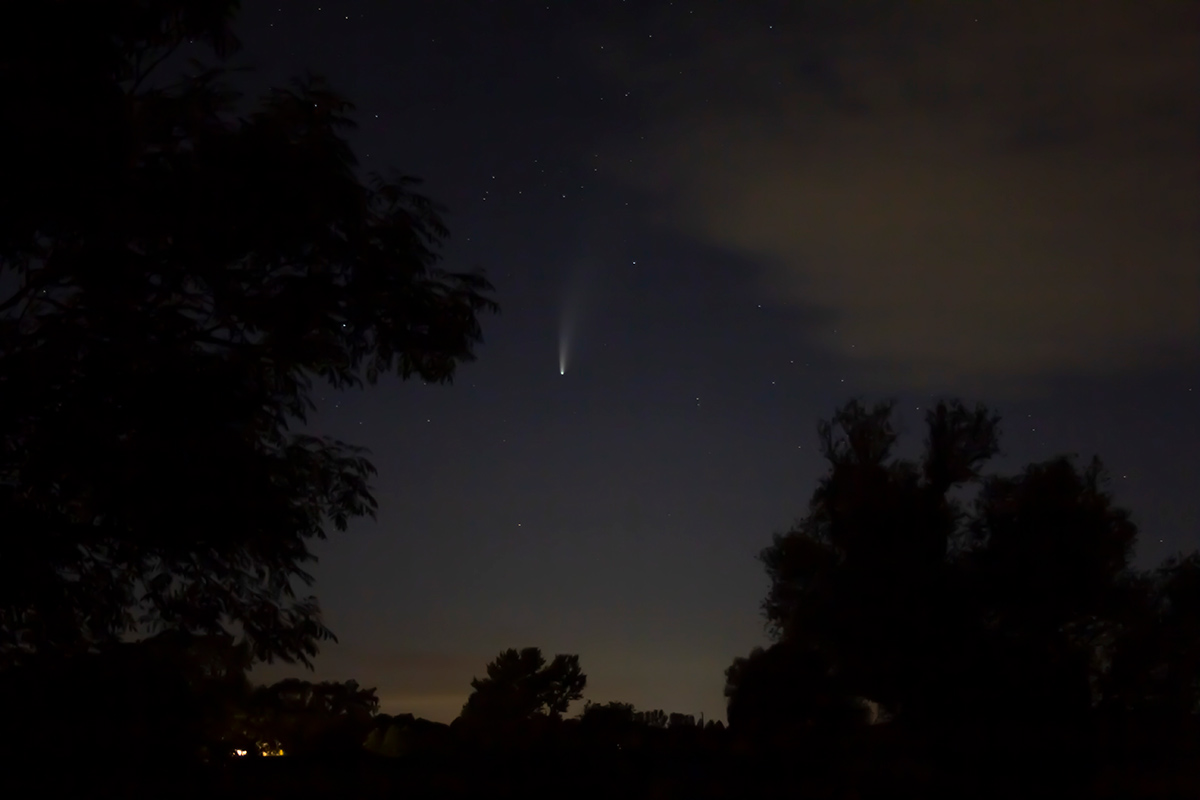 Comet NEOWISE, north Cambridgeshire, 16.7.20
Finally, I went for ‘The Big One’: combining comet, landscape AND Glow-worm. Here is my best effort at this photograph… 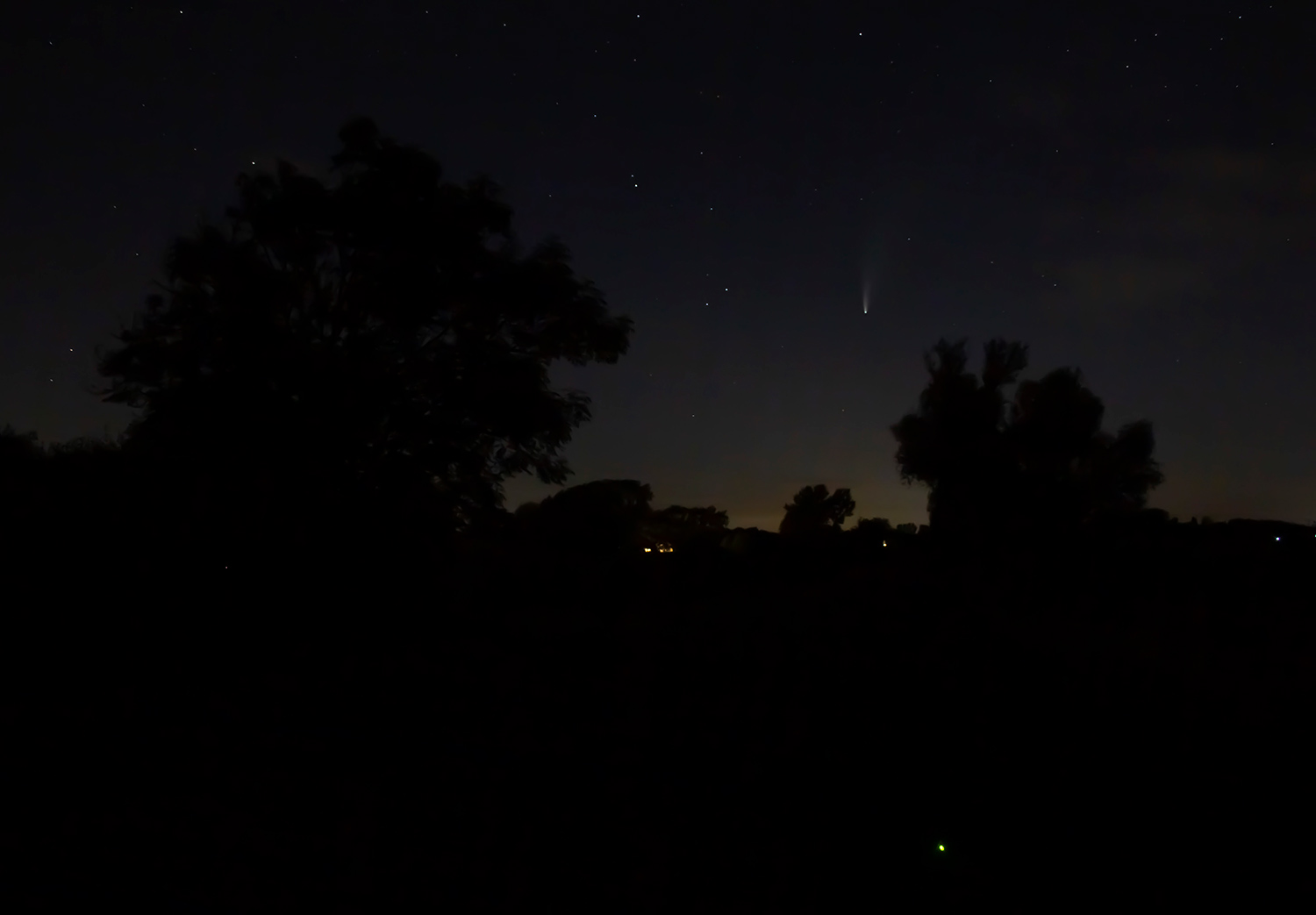 Comet NEOWISE plus Glow-worm, north Cambridgeshire, 16.7.20
Then for luck, one with Eddie and his friend Lydia (with the comet flaring from Ed's hair!) plus the Glow-worm... 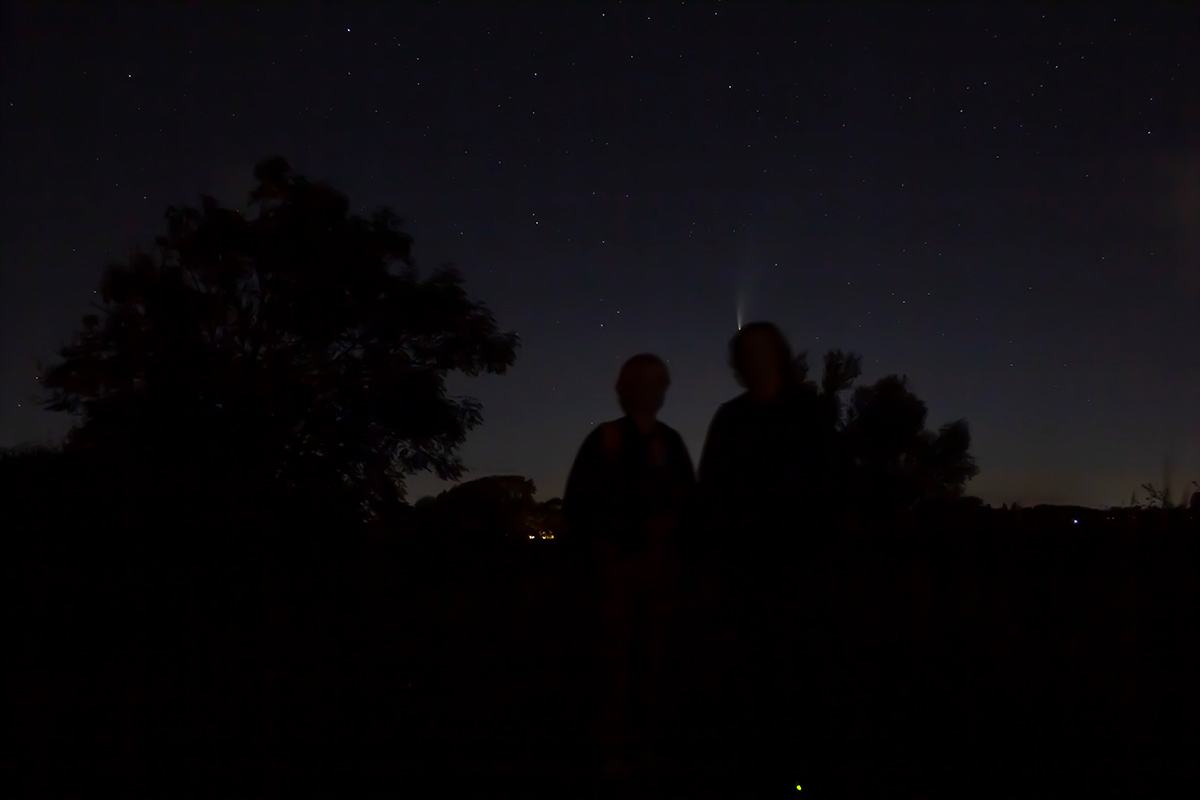 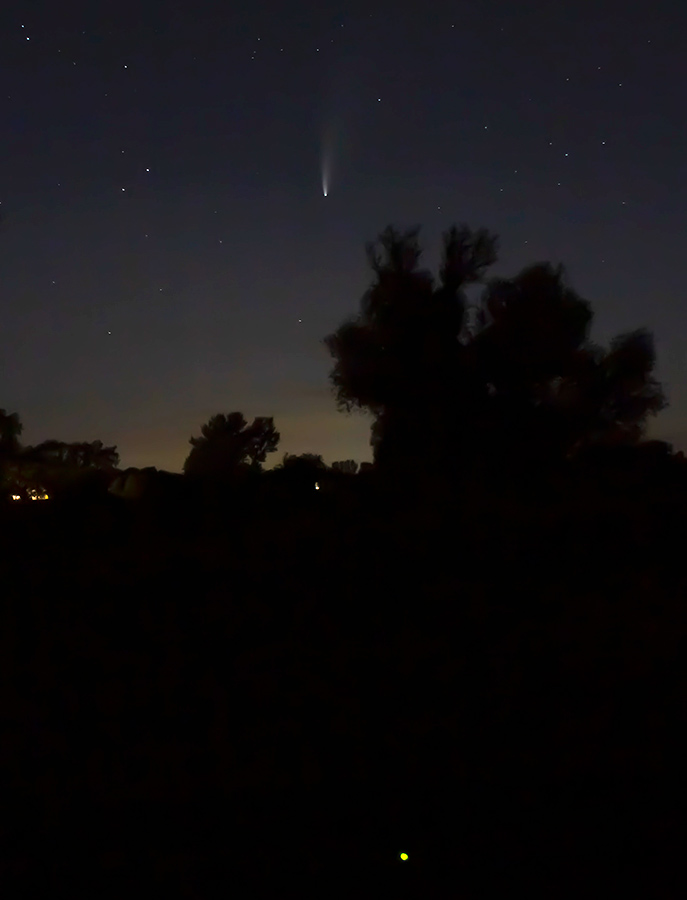