Skip to content
In the evening, I headed out to evening sites of choice, these days, in south Lincolnshire (ie just north of Peterborough, where I live). Deeping Lakes LWT’s east pit had three ’new-in’ Icelandic Black-tailed Godwits (I know they were new-in, as friends of mine had visited earlier and not seen them). Also on the east pit were a nice spangly Green Sandpiper, 2 Little Ringed Plover and an adult Greenshank which called in. 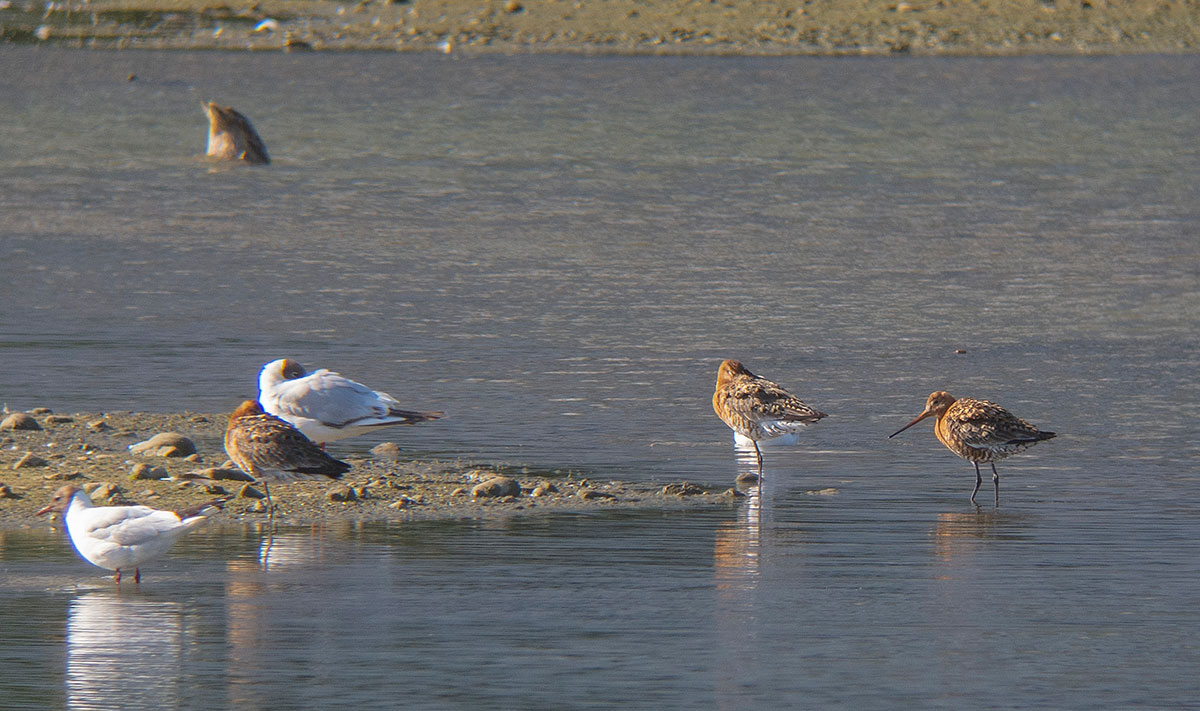 Three Black-tailed Godwits, Deeping Lakes LWT, 10.7.20 At Baston and Langtoft Pits’ ‘Wader Pit’, the Black-necked Grebe was still present. Tre were also three Green Sandpipers in the vicinity, a couple more Little Ringed Plovers, and a couple of Dunlins called as they flew over, heading west.