Skip to content
Today, was another garden ‘mothing’ day. My 125W MV bulb broke the other night, so I ran just one ‘Skinner’-type trap (basically a square-sided trap with two sloping perspex sheets on the top, as a sort of lobster-trap effect; egg boxes on the base for the moths to hide in). We had a few nice moths, including Varied Coronet, Herald (which looks like a dead leaf) and a very pretty ‘micro moth’ called Lozotaeniodes formosana. 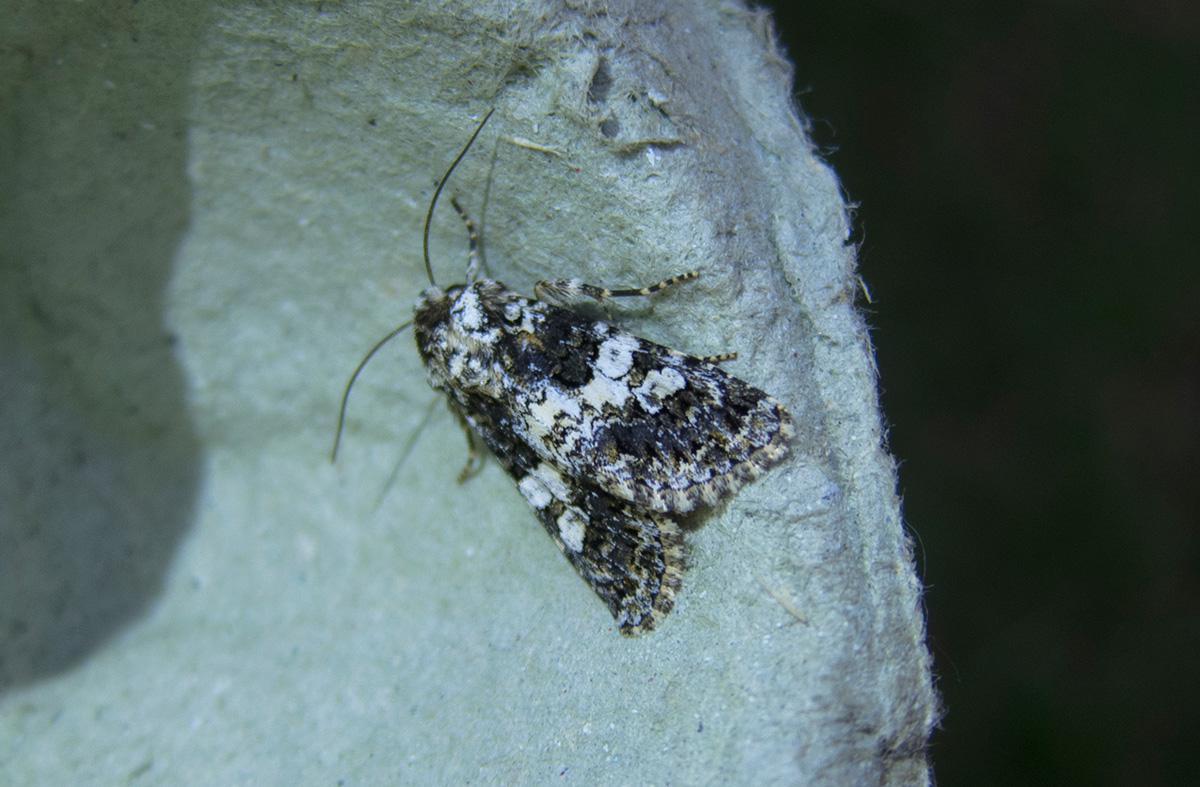 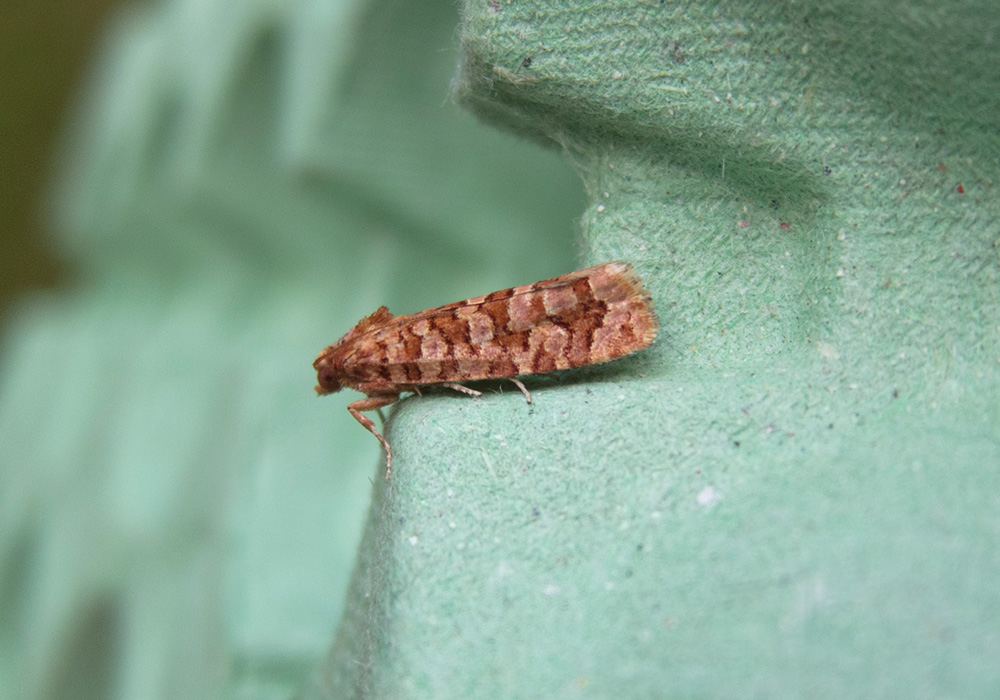 Lozotaeniodes formosana, our garden, Peterborough, 27.6.20
But the best moth (in my opinion) was the Buff-tip,the moth British moth which looks most like a snapped-off piece of twig! 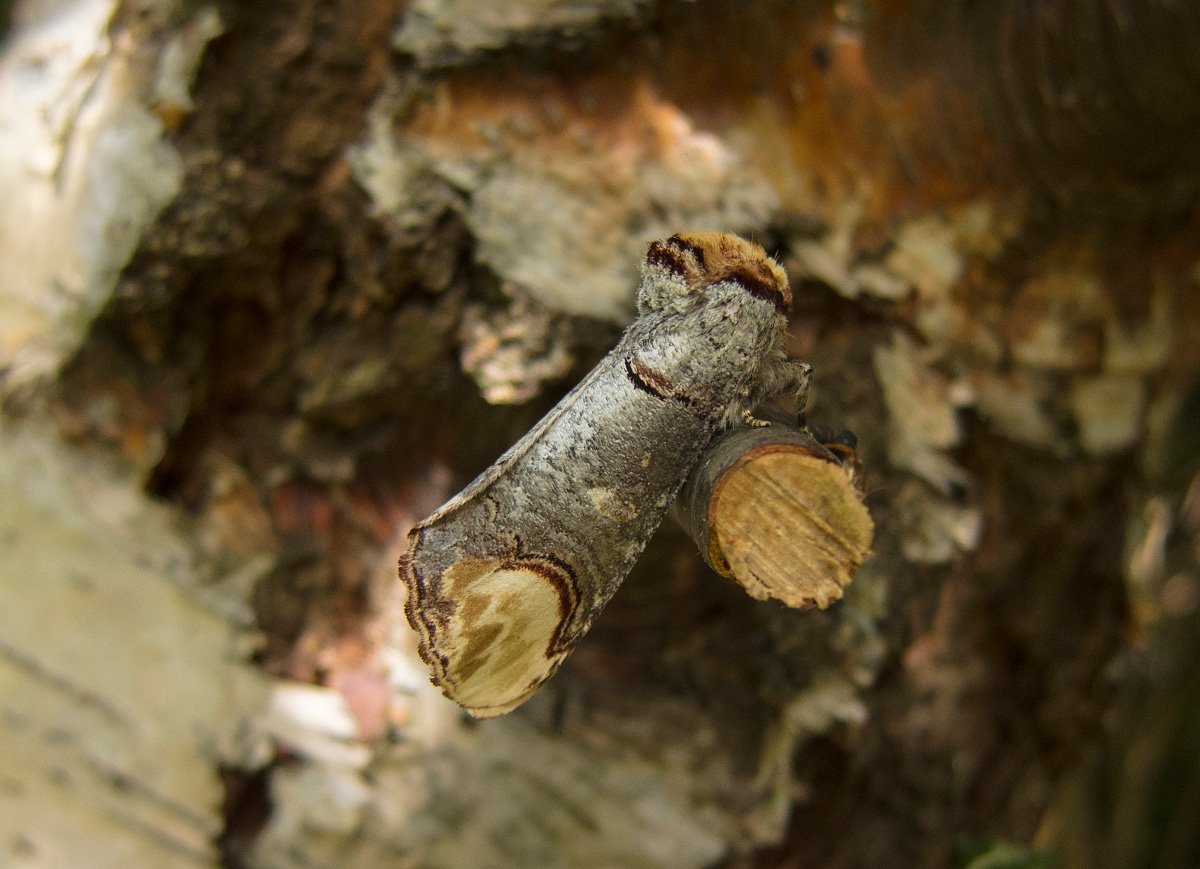 Buff-tip, our garden, Peterborough, 27.6.20
Eddie and I continued the Lepidoptera (moths and butterflies) theme later, with another visit to Castor Hanglands to look for Purple Emperor butterflies. It was pretty windy, but we still managed to see at least seven individuals. None came down to the path, but I was able to photograph a couple perched on their favoured tall trees. 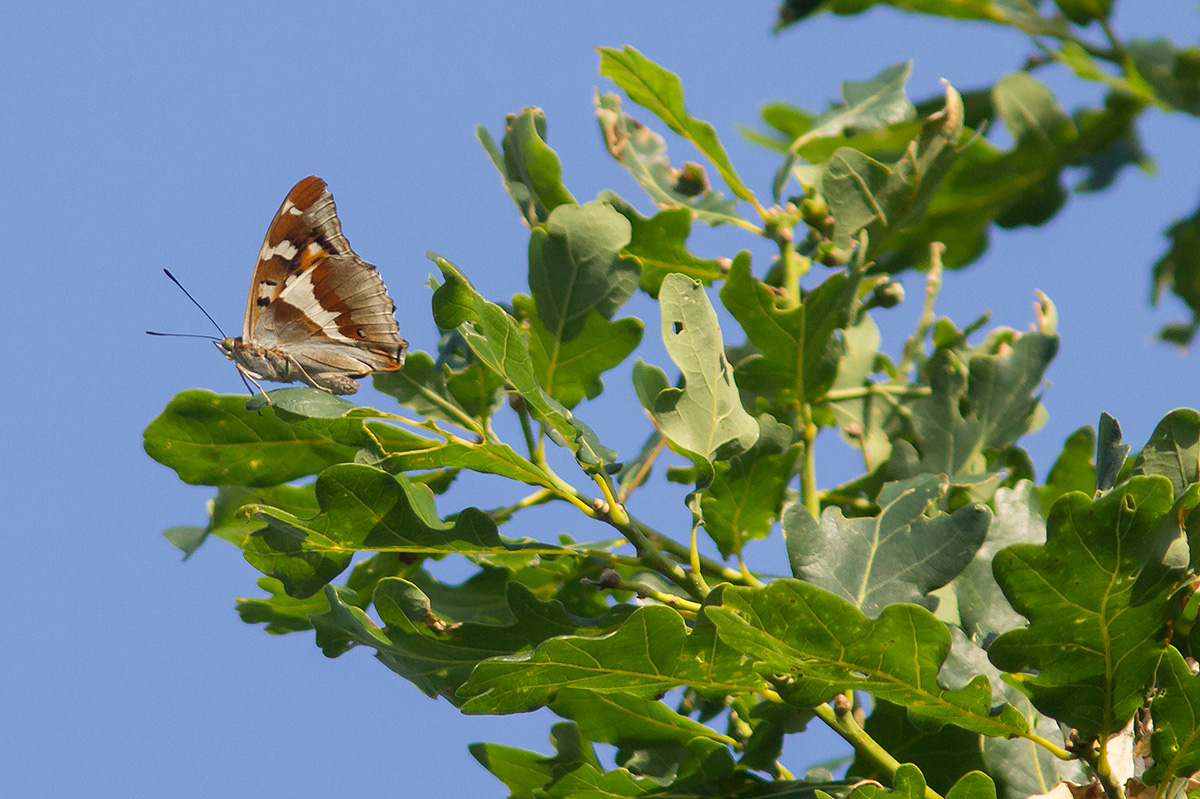 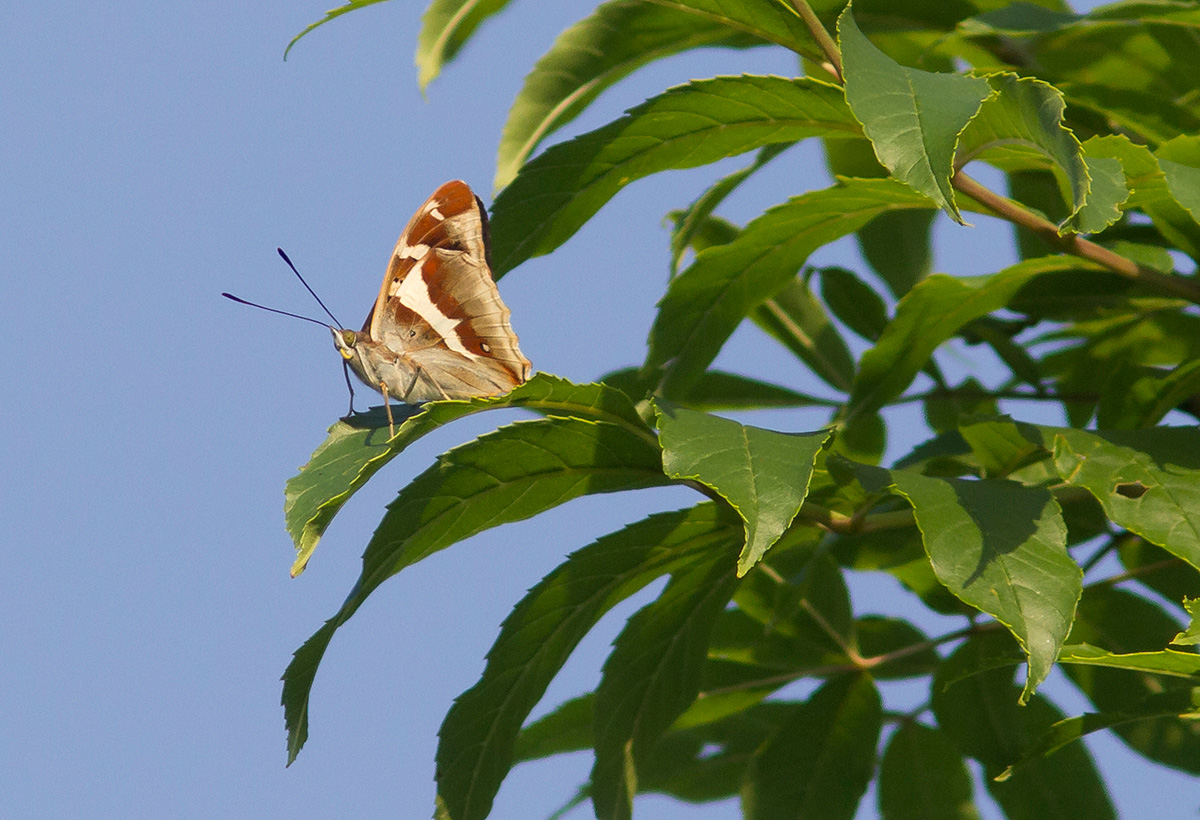 Purple Emperor, on an Ash, Castor Hanglands, Cambs, 27.6.20
Purple Emperors spend most of the time high up in tall oaks (or Ashes etc), and they seem pretty territorial, guarding their favourite trees. If an ‘intruder’ came along, the sitting butterfly would head out and they would have a bit of a spiral bout before the original insect goes back to his favourite area. They even chased small birds (like tits and Chiffchaffs), amazingly!
The best birds were a fly-over Hobby and singing Garden Warblers galore.