Skip to content
The mistiness in the air and easterly wind promised good things at Ferry Meadows, this morning. Sadly, not ‘good’ new birds appeared. I did enjoy listening to a Cuckoo, however. Also, I saw my first independent Black-headed Gull juvenile of the year, feeding on worms in the puddles of one of the car parks. 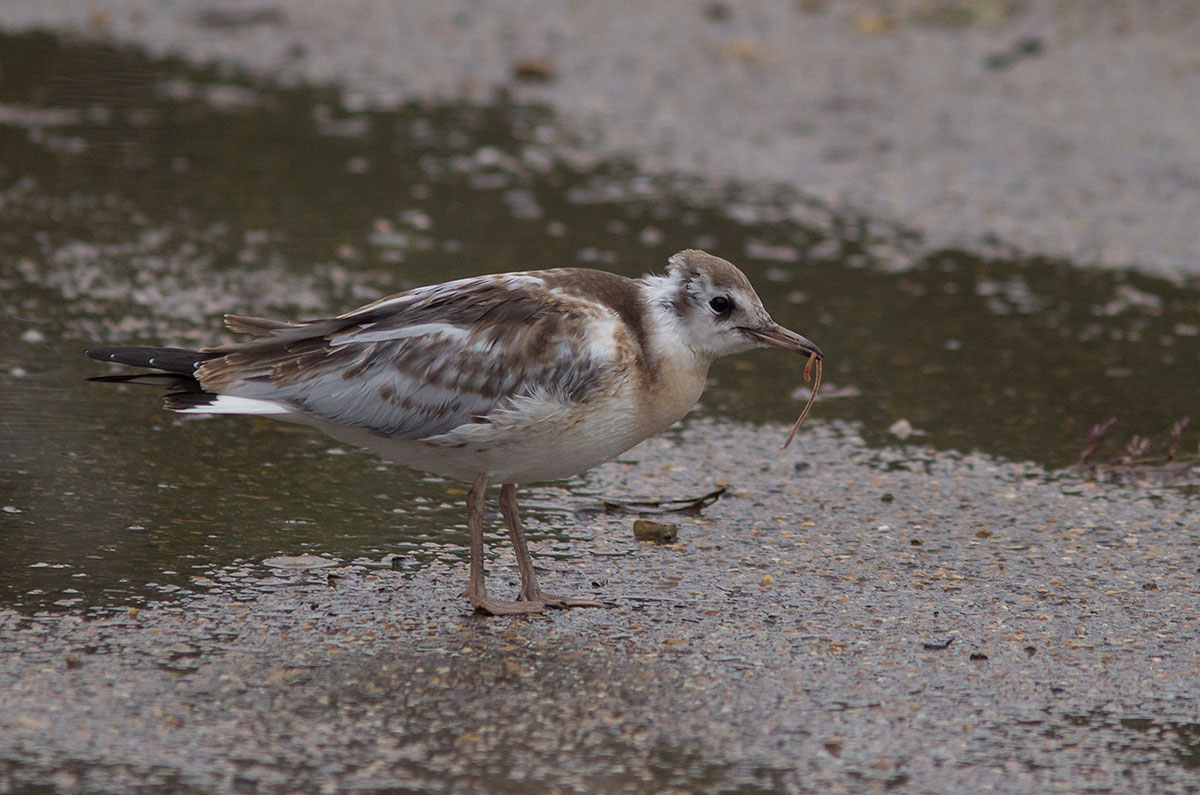 Juvenile Black-headed Gull, Ferry Meadows CP, Peterborough, 12.6.20
My friend Don told me had noticed that thousands of tiny Common Toads had emerged from Lynch Lake (the smallest of the three lakes) and were scattered all over the path and in the nearby grass. I didn’t realise quite how tiny these toads were until I saw them for myself! There were perhaps tens of thousands of the blighters, and every jogger, walker or cyclist who came through was inevitably splatting them, without even knowing it (members of the non-birding public rarely see what is under their feet, let alone what is singing or flying round them!).
It was quite distressing, and the only thing I could of was for Don and I to scoop up as many as we could to transfer to my garden pond (via a carrier bag from the Co-op). We probably got about 100 toadlets and I released them near our garden pond. They all turned and aimed for the water! 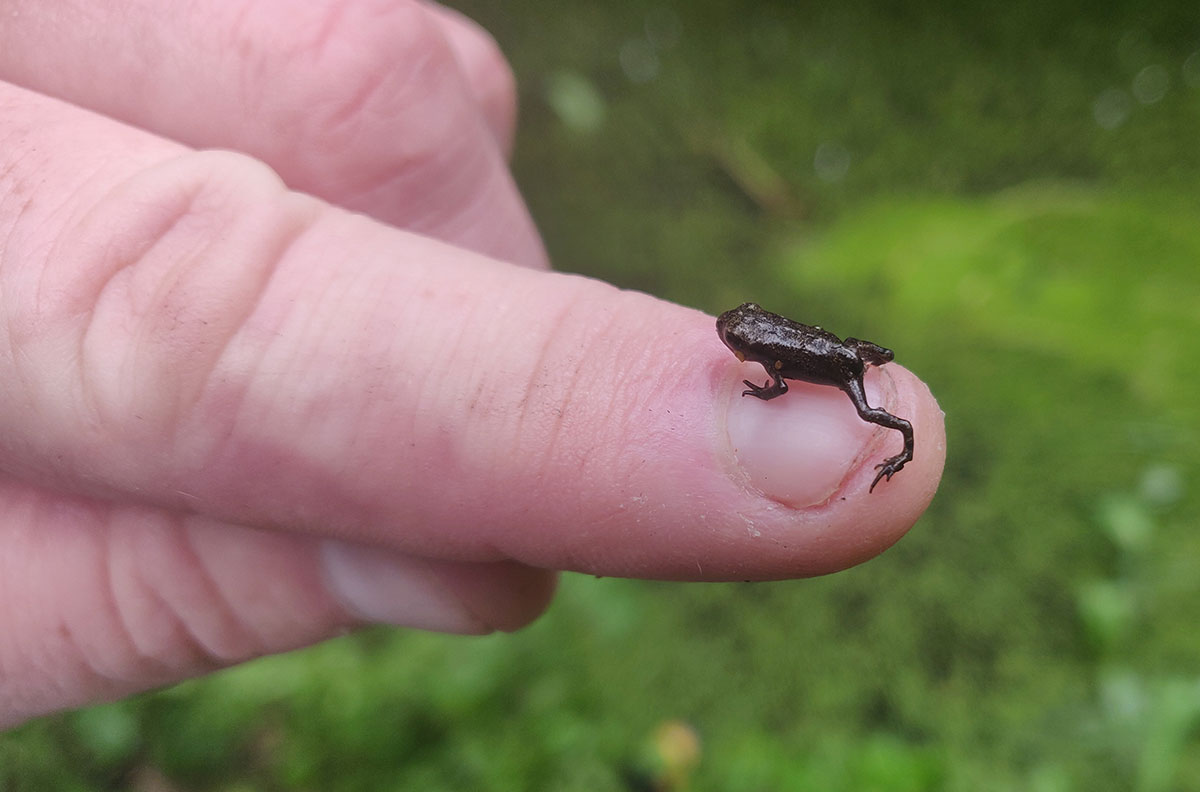 Tiny toadlet on my finger nail, our garden, Peterborough, 12.6.20 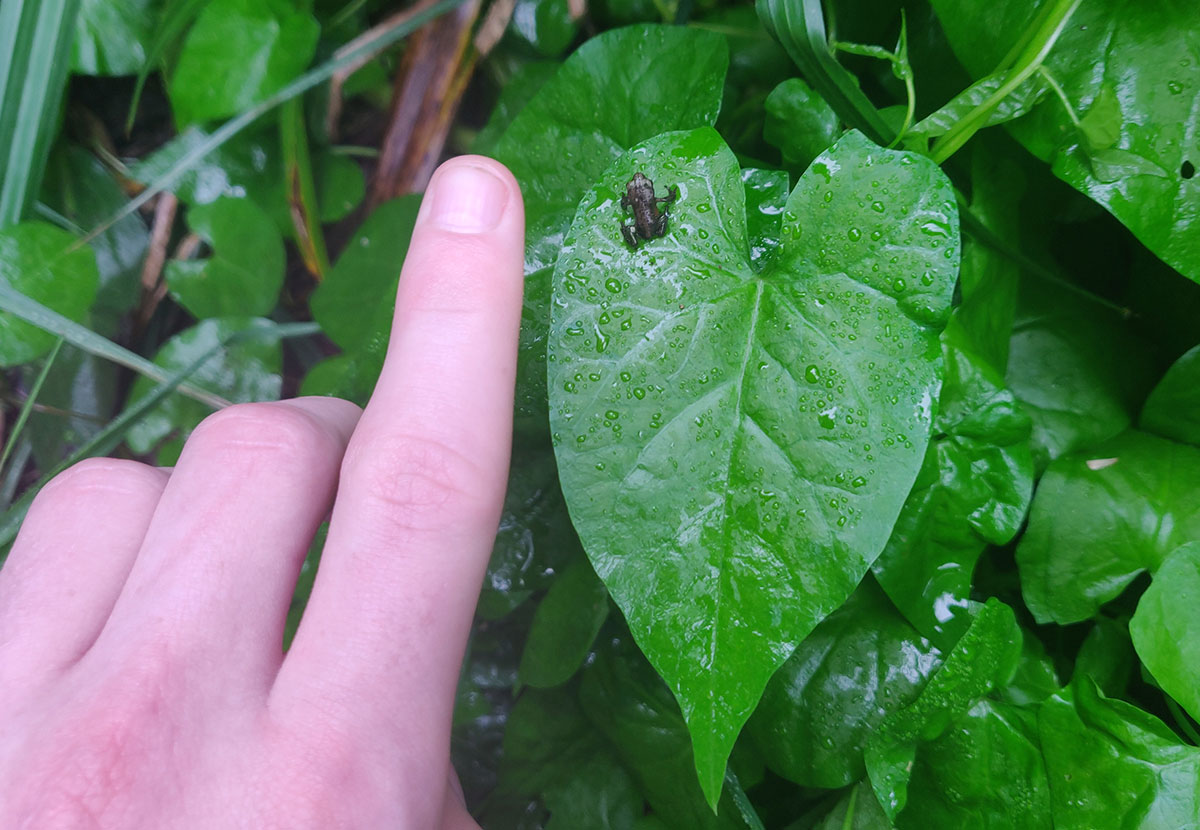 Tiny toadlet on a bindweed leaf, our garden, Peterborough, 12.6.20 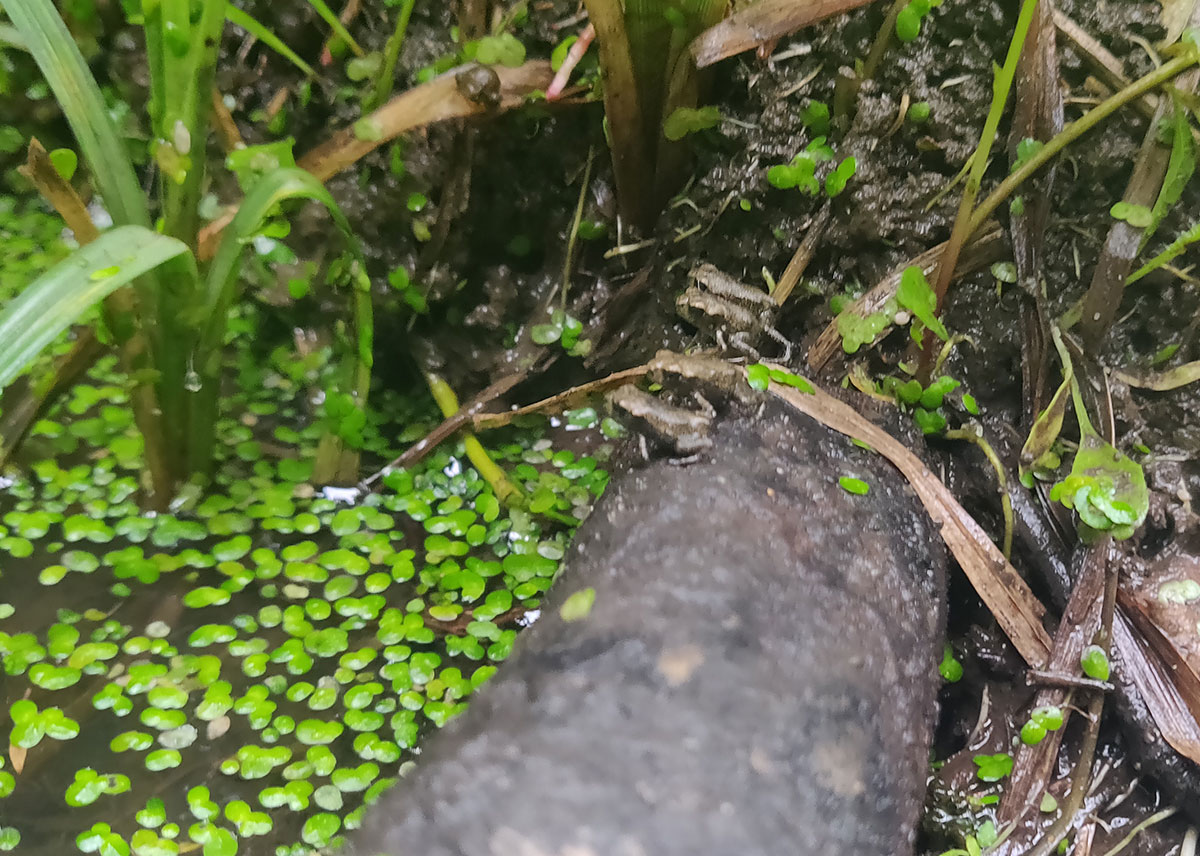 Toadlets just about to enter our pond, Peterborough, 12.6.20, note the minuscule duckweed leaves for scale