Skip to content
Instead of doing my usual cycle to Ferry Meadows CP, this bank holiday Monday I took a trip to the Nene Washes at a site called March Farmers, where you can walk along the raised bank (the Nene Way) and observe the partially flooded, extensive grasslands. I saw a singing Corn Bunting along the entrance track, had three male Cuckoos cuckooing, a group of three Cranes flew by and the fields were full of Little Egrets, but nothing rarer that I could see.
Back in the day, the trig point along the bank used to attract Yellow Wagtails. And today, I was able to nostalgically relive those memories, with a photo of a male Yellow Wagtail doing just that. 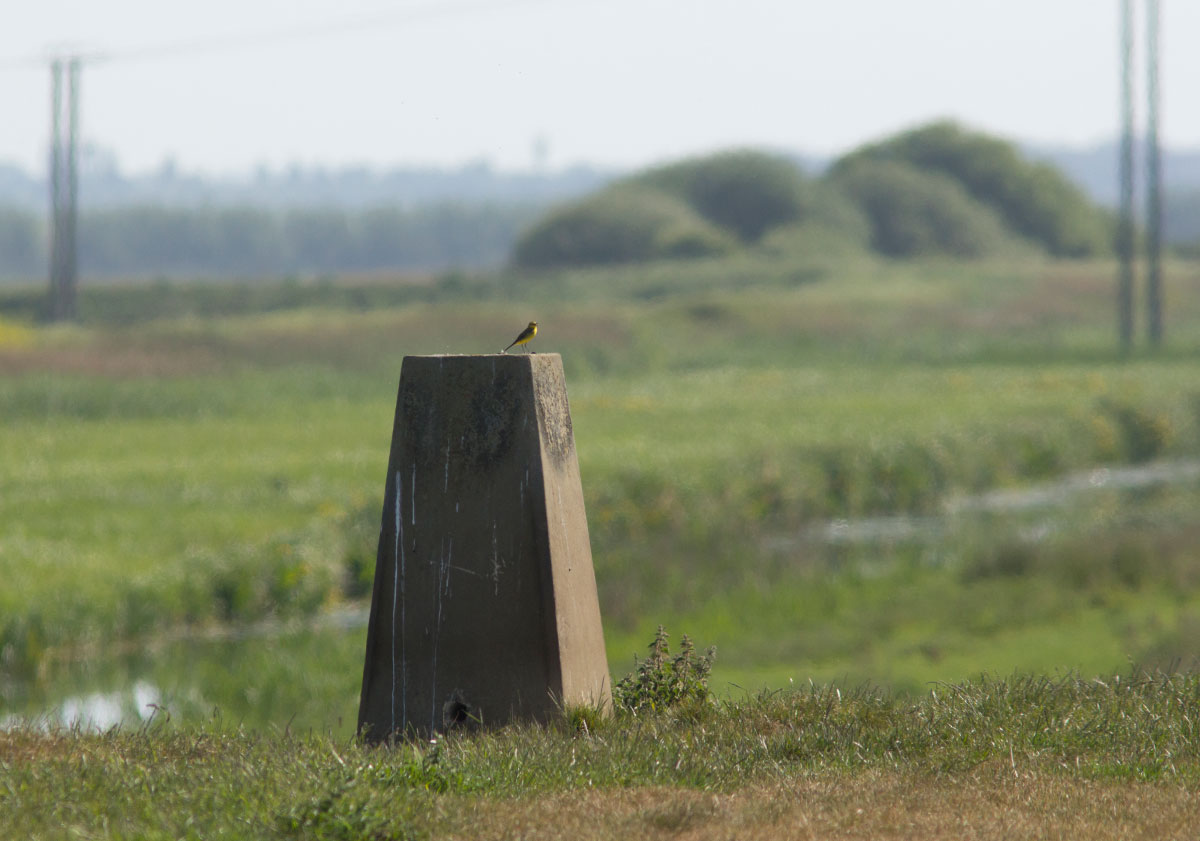 Yellow Wagtail on trig point at March Farmers (Nene Washes), Cambs, 25.5.20 (Mike Weedon)
In the early evening, I fancied a trip to the Great Fen to see how the birds were in this extensive area of managed ‘rewilded’ fen and grassland. There were plenty of Corn Buntings, and a Raven flew by, as did a Hobby. As the sun dropped Reed Warblers and Cuckoos sang, as did a Little Owl singing from the top of a barn. And finally I heard the weird creaky call of a Grey Partridge. Magic stuff. 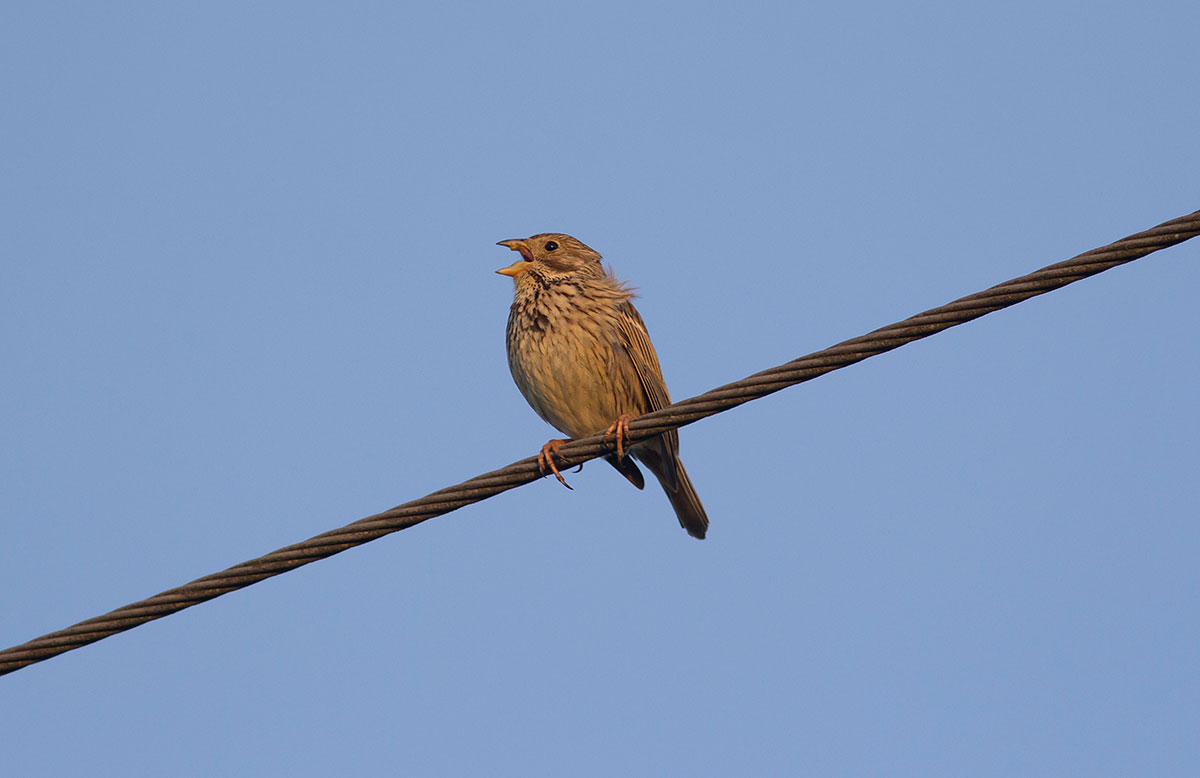 Singing Corn Bunting, Great Fen, Cambs, 25.5.20 (Mike Weedon)
I took a photograph of a female Reed Bunting with a huge ‘grub’ in her bill; a reminder that even such diehard seedeaters as buntings must feed their young on insects (which of course is the reason they are declining so massively in these times of excessive pesticide use). 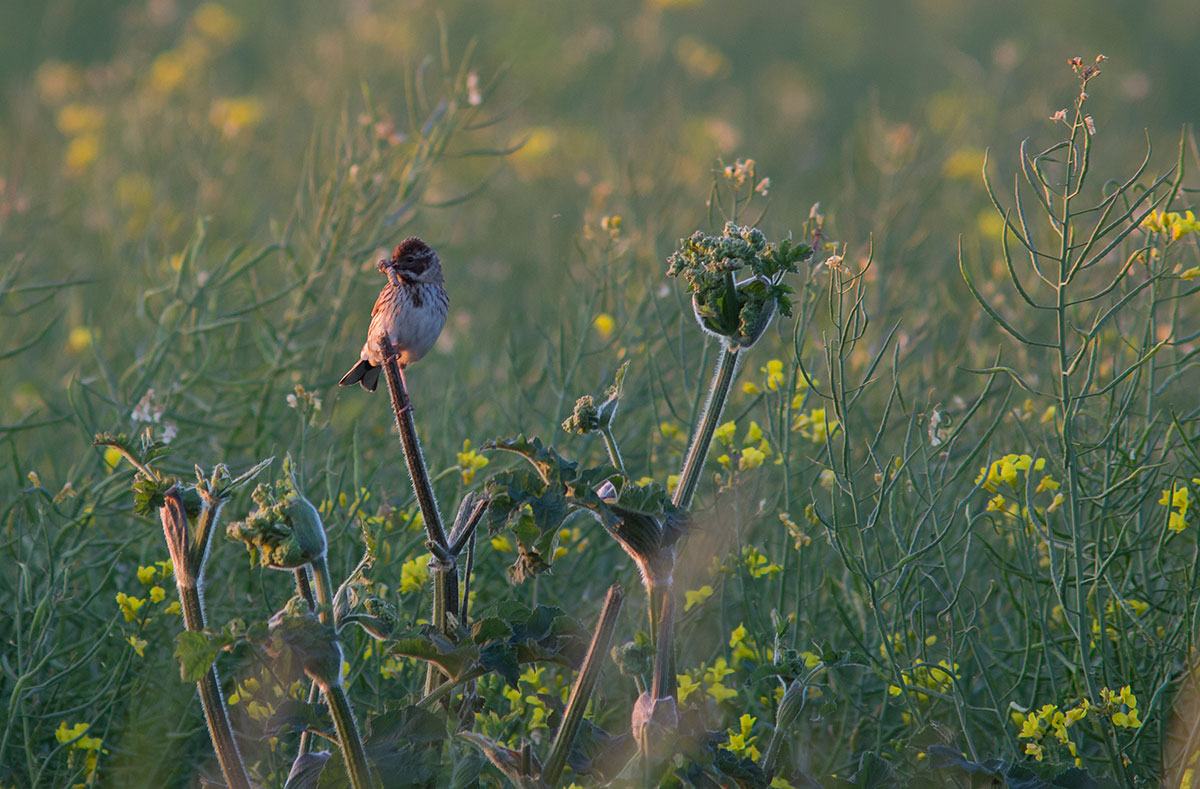