Skip to content
Today was a momentous day for me. For the first time in my life, I saw a Quail on the ground on British soil. In fact I saw two!
It was early morning (just after 5am) in a broad bean field near Crowland in south Lincolnshire. My friend Hugh W was already on the scene as I parked. And as I got out of the car he beckoned me to hurry. I knew he had a Quail in his sights and 30 seconds later, so did I. Great, glorious, dolloping scope views of a beautiful tiny Quail, shouting his head off at the back of the field. And then, as if by magic, the other appeared just a foot or so away from its ‘rival’. They followed each other along and a cross the ‘tram lines’ between the bean plants, occasionally jumping up vertically to pick an insect from a bean leaf, in rather comical fashion. They are delicately marked, subtle, yet very beautiful birds. The black throat is a sort of anchor-shaped ‘beard’ which expands into view when the birds sing their ‘ waa waa Wit-wa-wit Wit-wa-wit’ song. The head has a central pale crown stripe like a Snipe, and the back has stripes which also recall Snipe.
I love them! 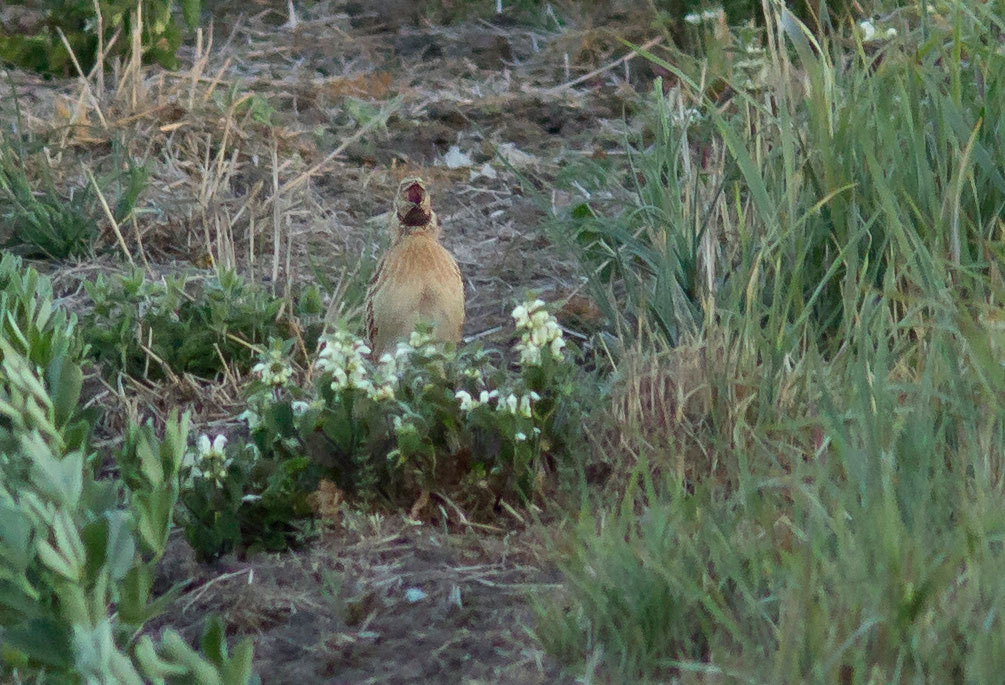 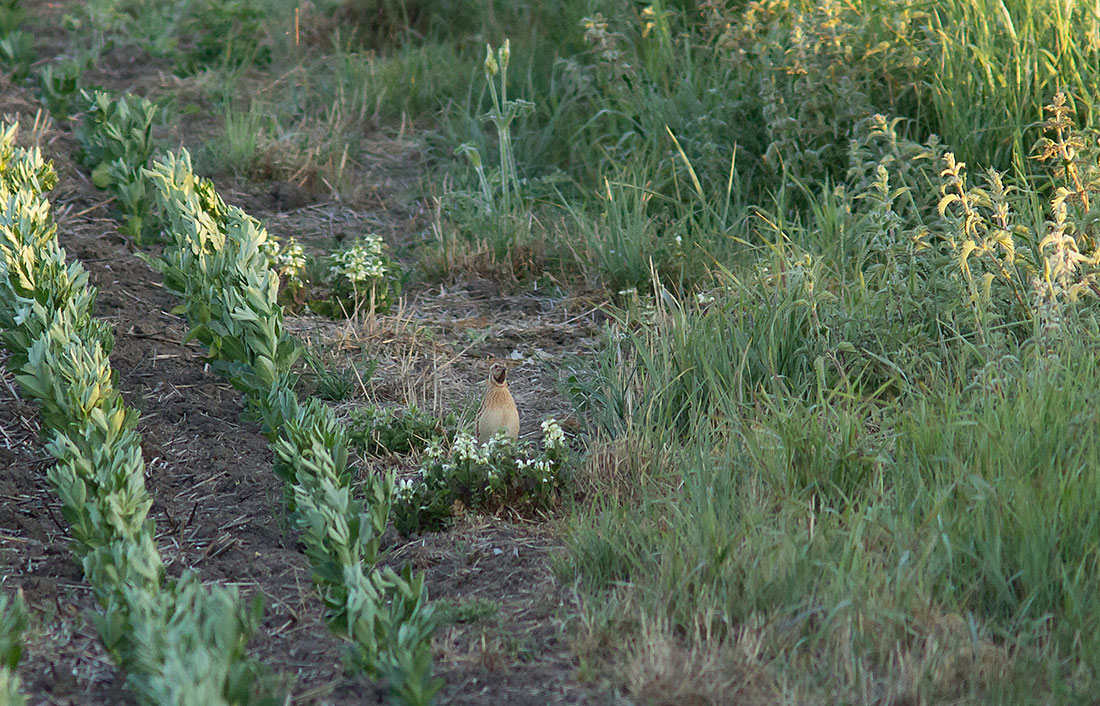 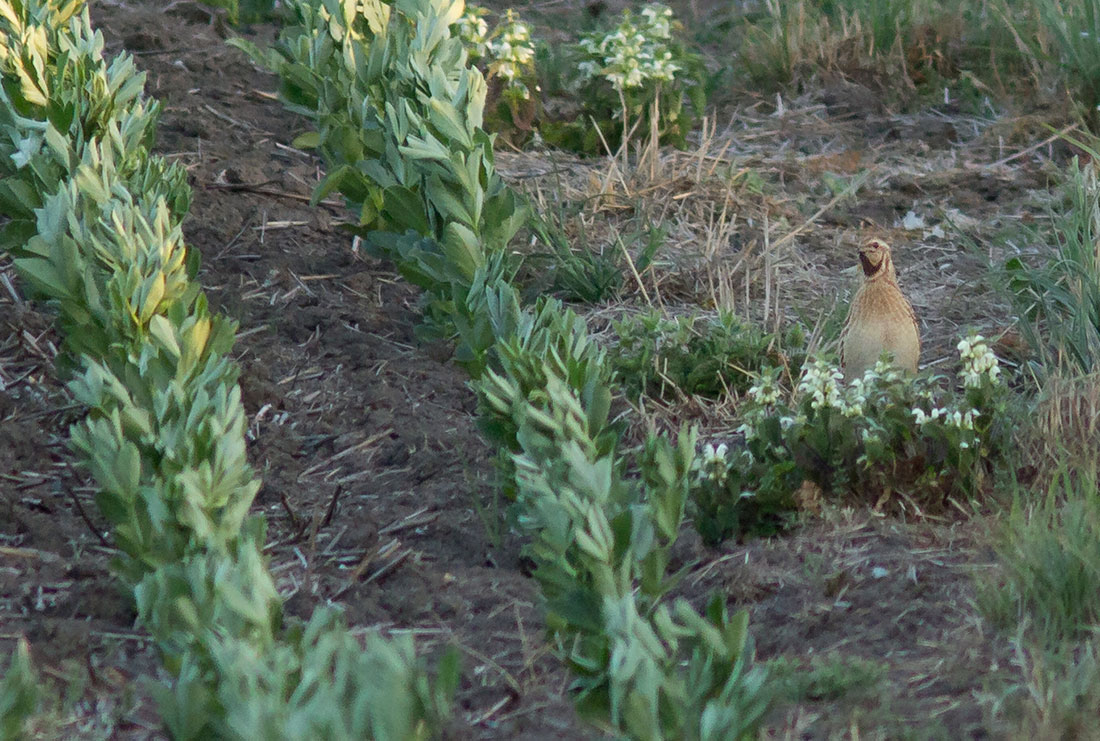 Quail, near Crowland, Lincolnshire, 30.5.20
Later in the morning, when the Quails had gone quiet and vanished among the beans, I headed down to Eldernell on the Nene Washes (further south, in Cambridgeshire). Here, I saw something I have never see before, too. A Marsh Harrier dive-bombing a Bittern in a tree! The Bittern fought back briefly with a stab of the beak, but neither made contact, and the Bittern went back down to earth and disappeared (which seemed to pacify the Marsh Harrier somewhat). 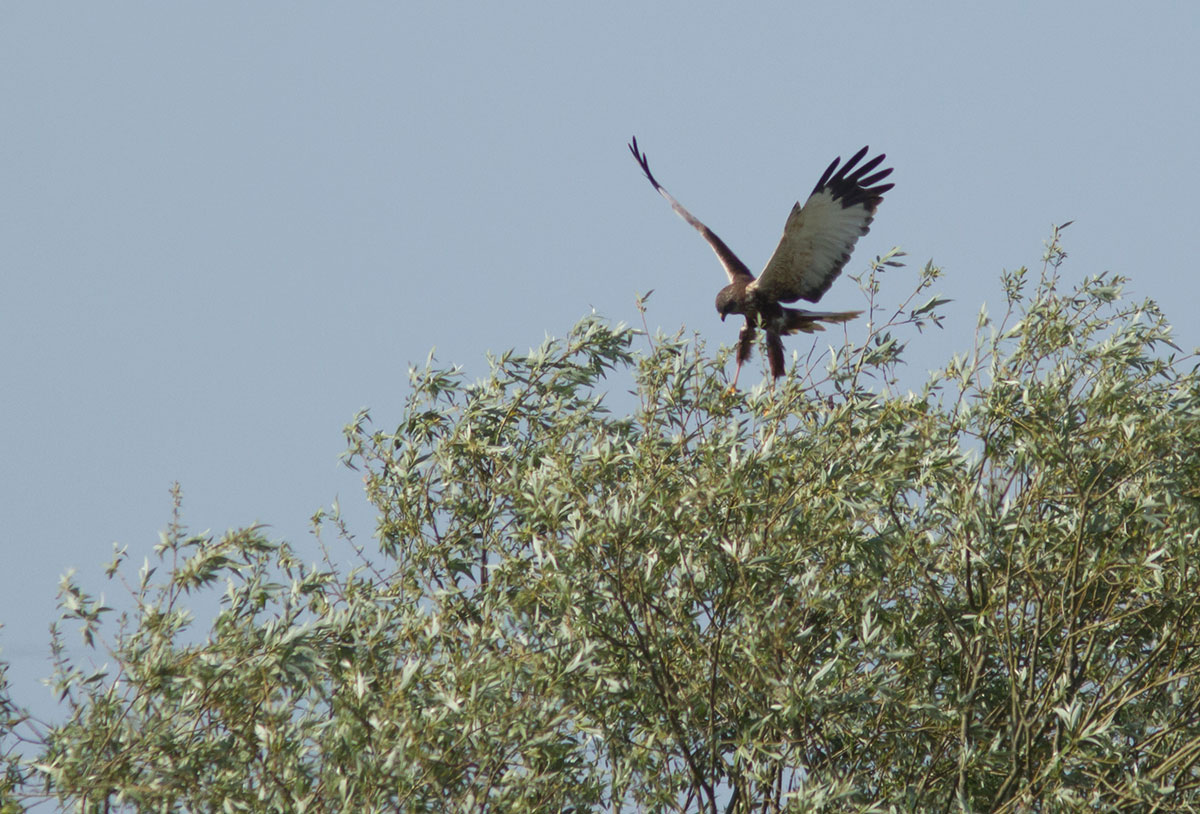 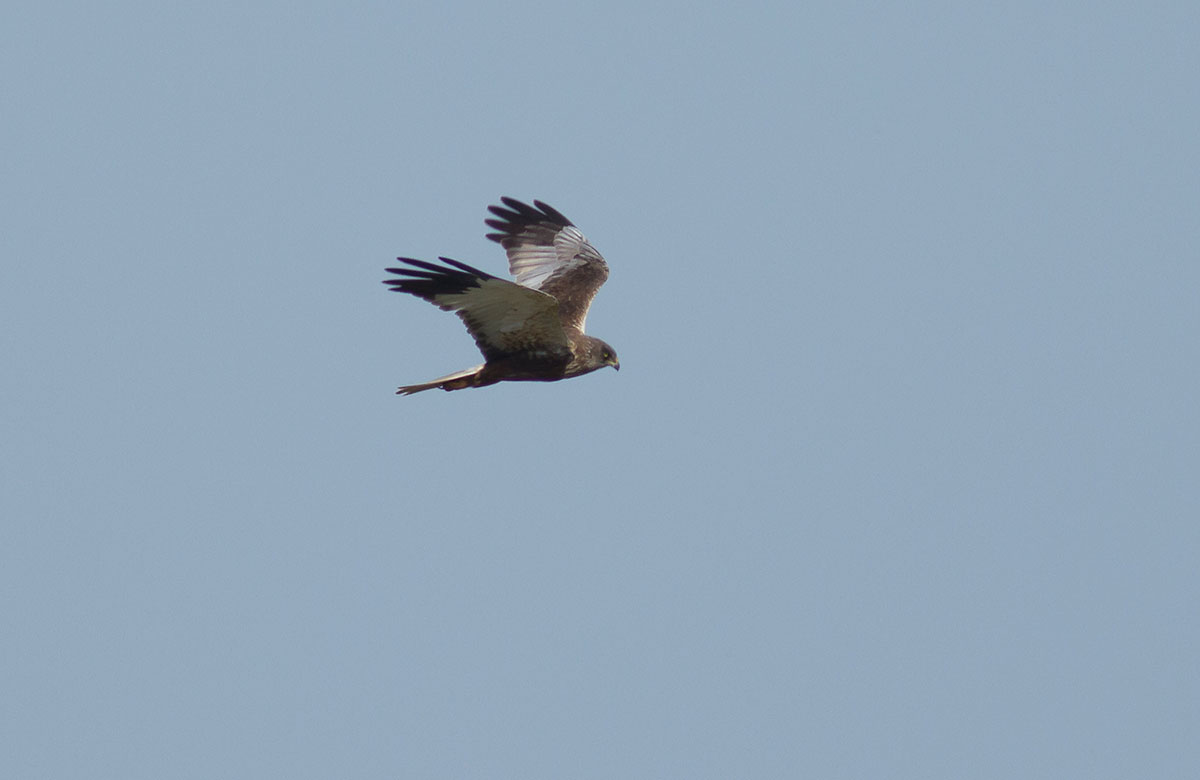 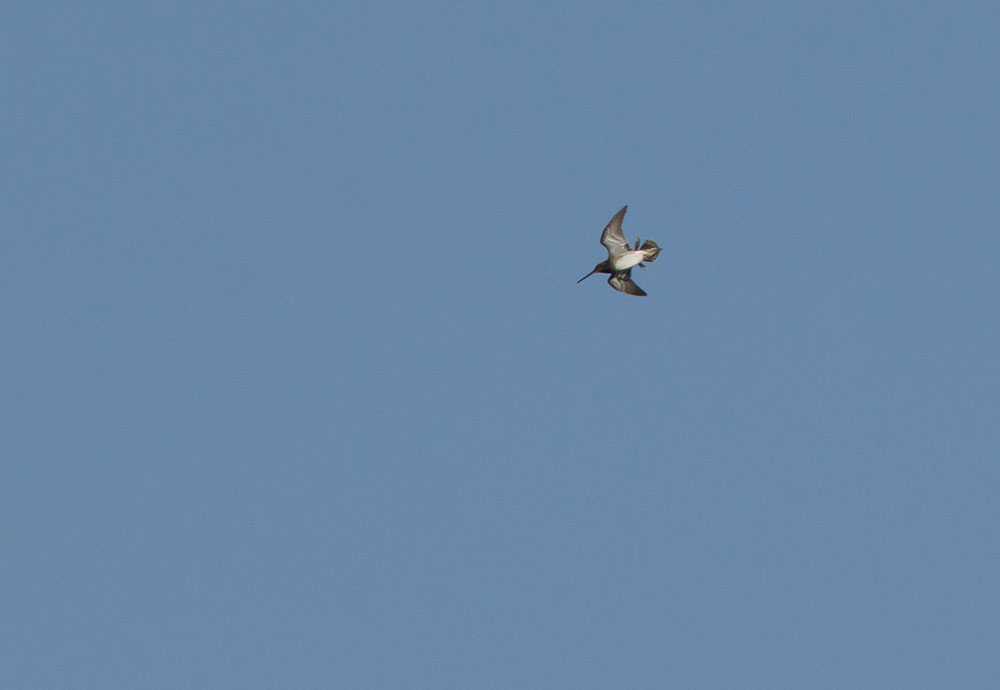 Drumming Snipe (the sound is made by those outer tail feathers!), Eldernell, Cambridgeshire, 30.5.20