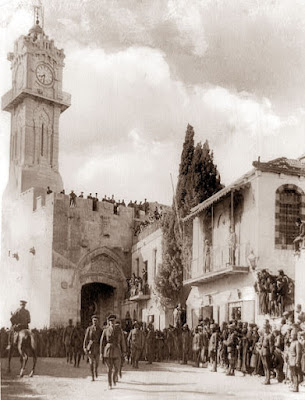 One of the outcomes of World War I was that Britain took control of Jerusalem. Today's picture is from December 11, 1917, the day Jerusalem fell to British Forces. This picture shows General Allenby walking into the city after it was captured. As Allenby reached the gates of the city, he dismounted his horse, and walked in on foot out of respect for the ancient city. The area then became the British Mandate of Palestine, and then in 1948 once again became the nation of Israel.