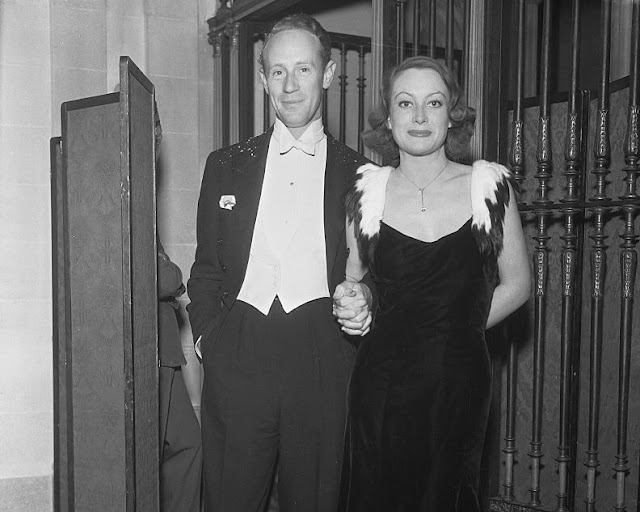 Leslie Howard and Joan Crawford at a party c.1933 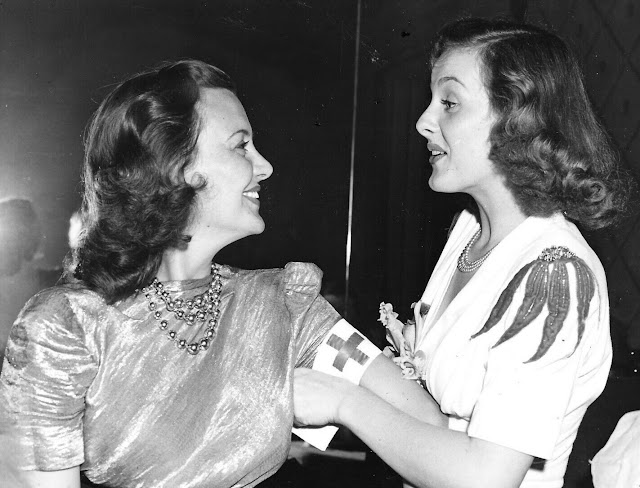 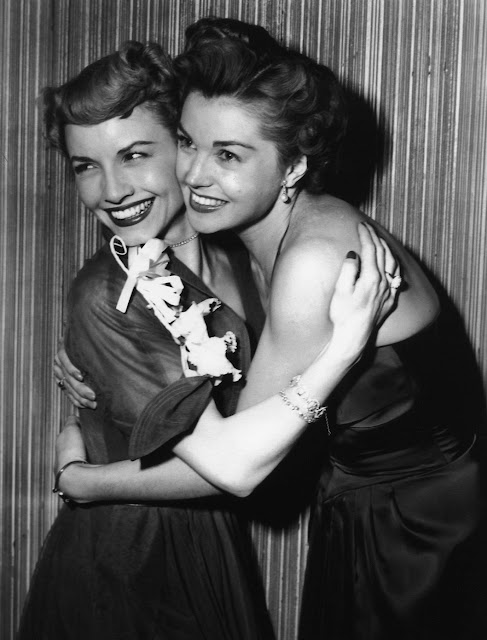 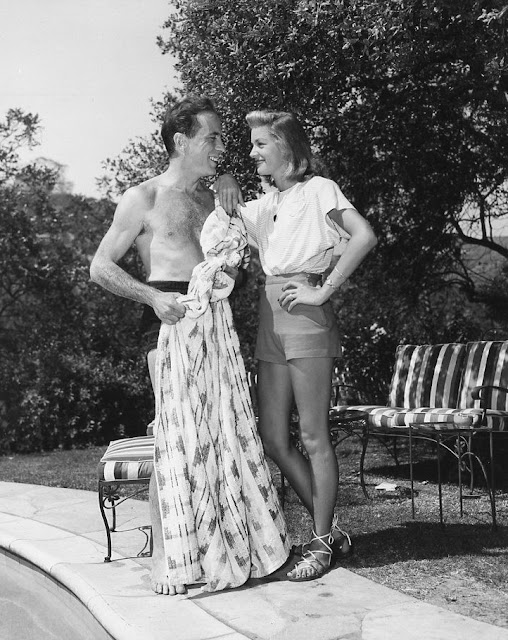 At home with Humphrey Bogart and Lauren Bacall 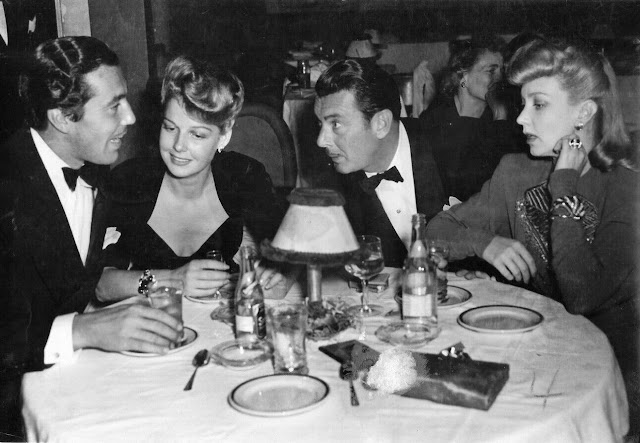 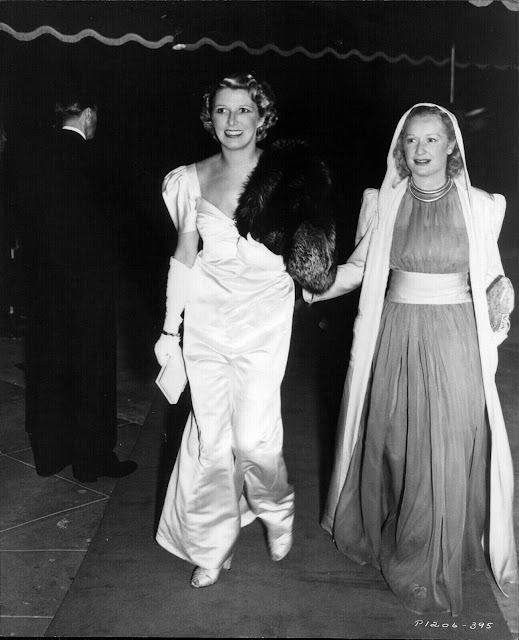 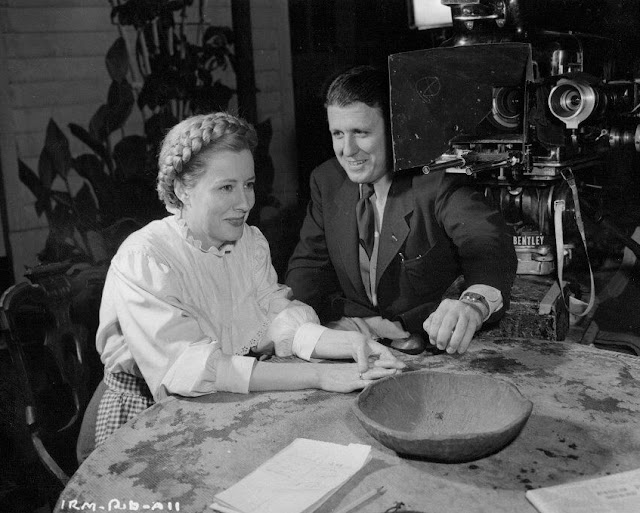 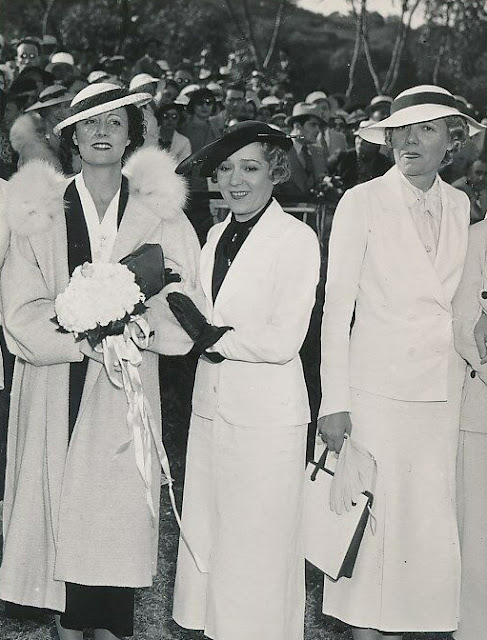 Irene Dunne, Mary Pickford and Lois Wilson at a 1935 benefit 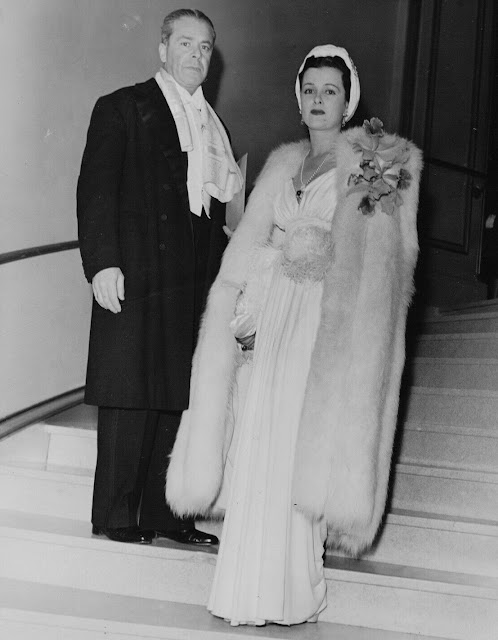 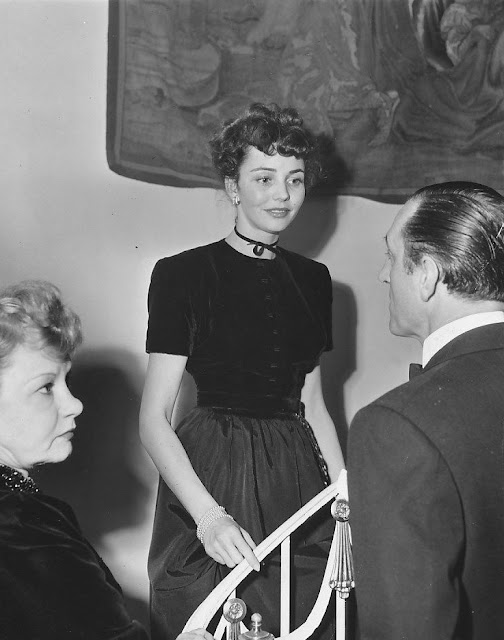 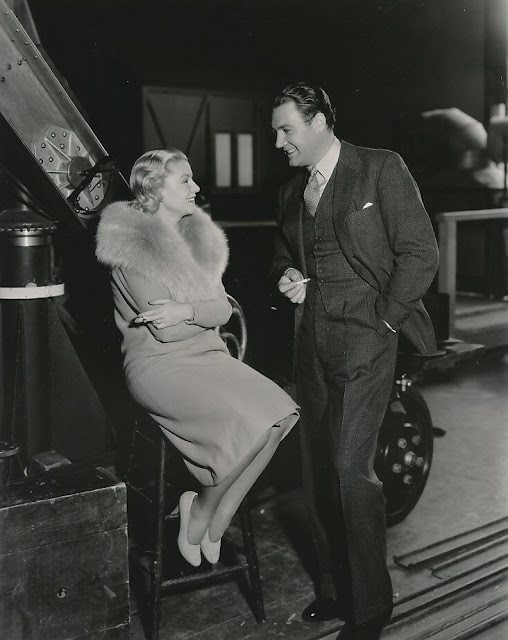 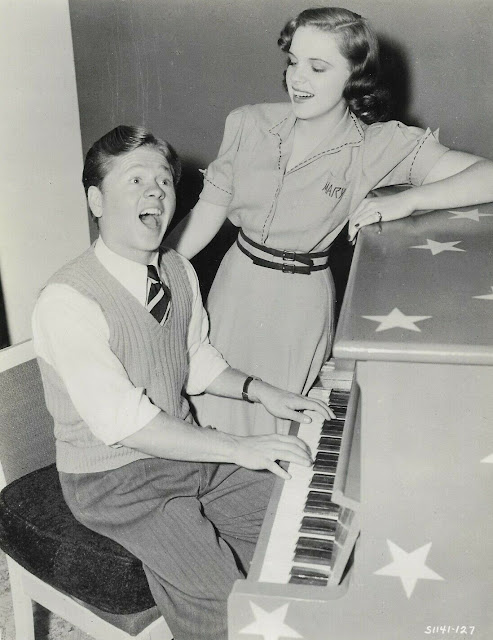 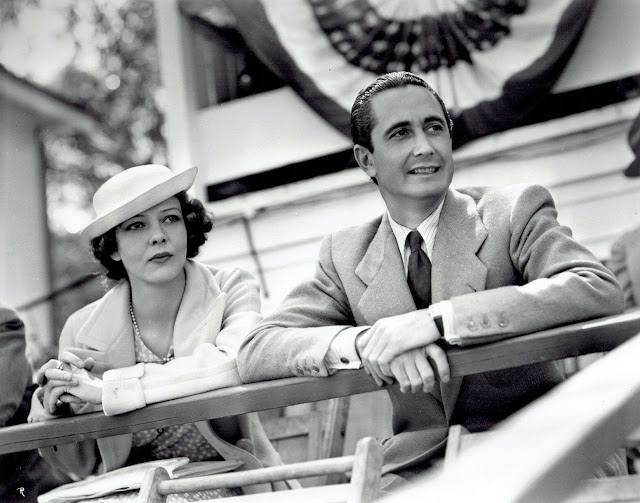 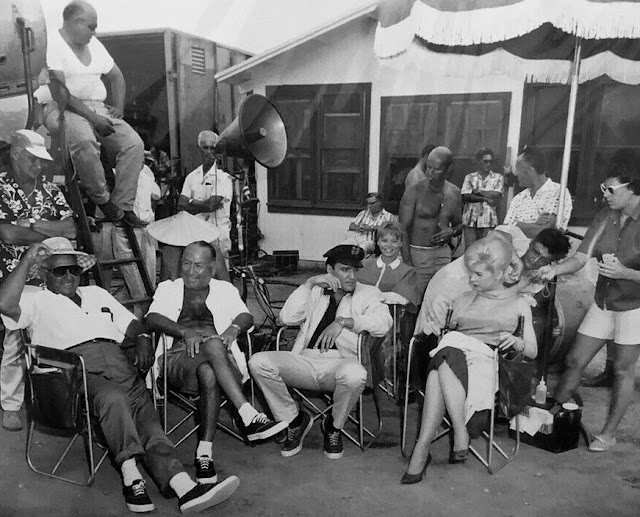 Elvis Presley, Stella Stevens and crew on the set of Girls, Girls, Girls (1962). It was an unhappy set.
Stella Stevens felt she had been forced to make the film to please the studio, and only agreed because they promised to put her in a film opposite Montgomery Clift (they stare reneged and gave her Bobby Darin instead). The crew felt she was grand and aloof. It shows! 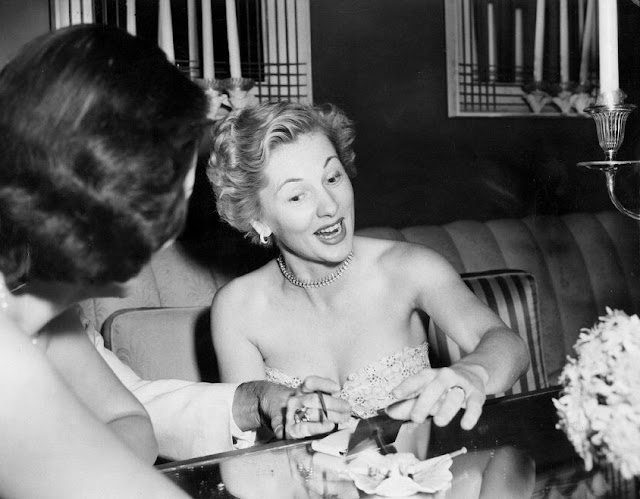 On the town with Joan Fontaine, 1950
Have a glamorous Wednesday!