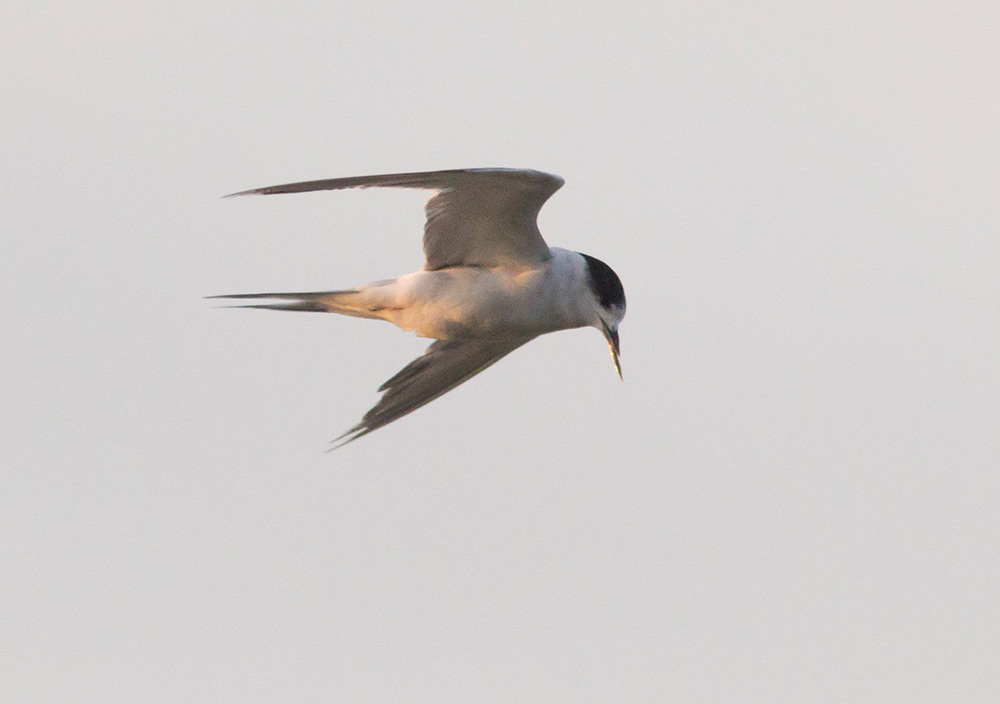 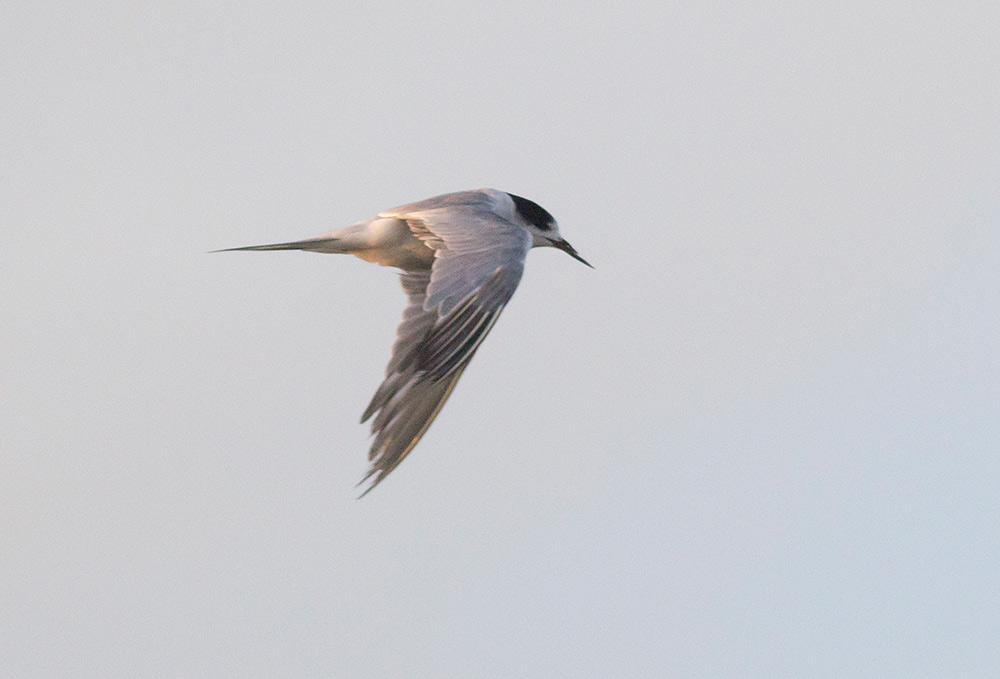 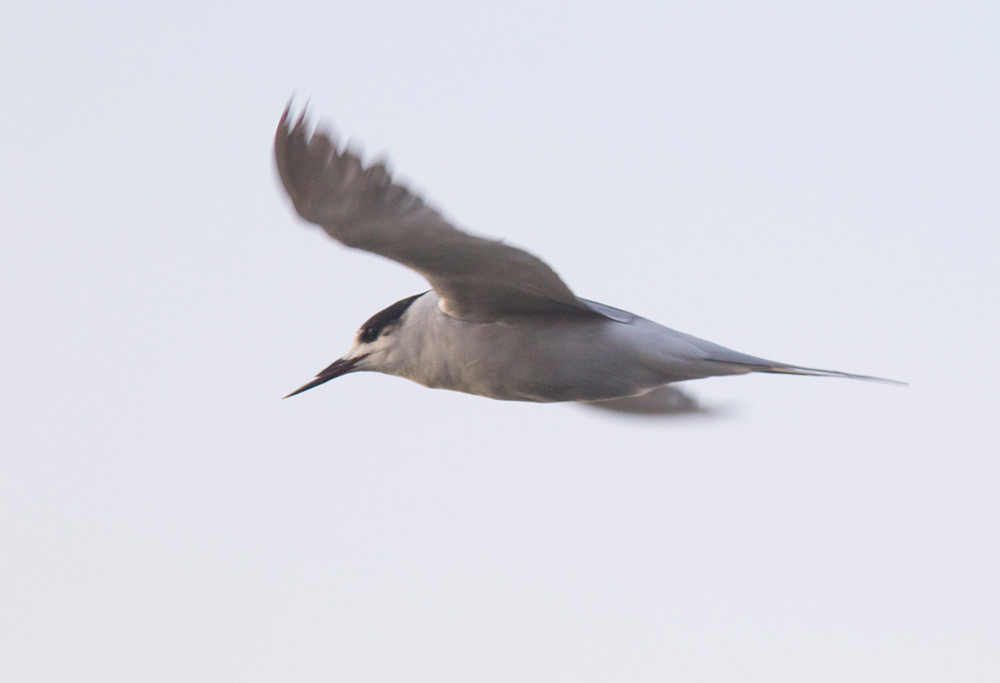 During our regular vis mig sessions from The Mound at Ferry Meadows CP, on Monday (14.10.19) Don Gardener and I were just talking about the Common Tern I had seen flying south at Etton two days previously, when as if by magic a Common Tern flew by over Gunwade Lake. It is still there today (17.10.19). Yesterday, at sunset, I tried to photograph the tern, as I foudn its appearance slightly odd, and certainly interesting, as it is firstly a very late bird for a CT (11 days later than Don's latest, seen last year), secondly it is in winter plumage, with a black bill etc, thirdly it is quite scruffy looking and fourthly, there was something odd about it in general, giving it an almost Arctic Tern like front end, even though the wings and flight style said Common Tern. Looking at the photos this morning revealed a potential solution to all these points: it only has half a maxilla, making it look almost like it has a skimmer's bill. Let's hope it can feed ok even if preening has become problematic... Watch this space for an update on how long it remains at Ferry Meadows.
PS I believe the bird I saw on Saturday flying due south is most likely to be the same individual. Etton slurry Pit is less than 9km due north of Gunwade Lake, and the bird was flying due south. I don't think anyone looked at FMCP on Sunday, as it was pretty rainy, nasty weather for most of the day.
PPS Here are a couple more photos I took this lunchtime. One shows a little bit better the 'break' of the bill and the other shows that the tern can still catch small fish in its odd bill. 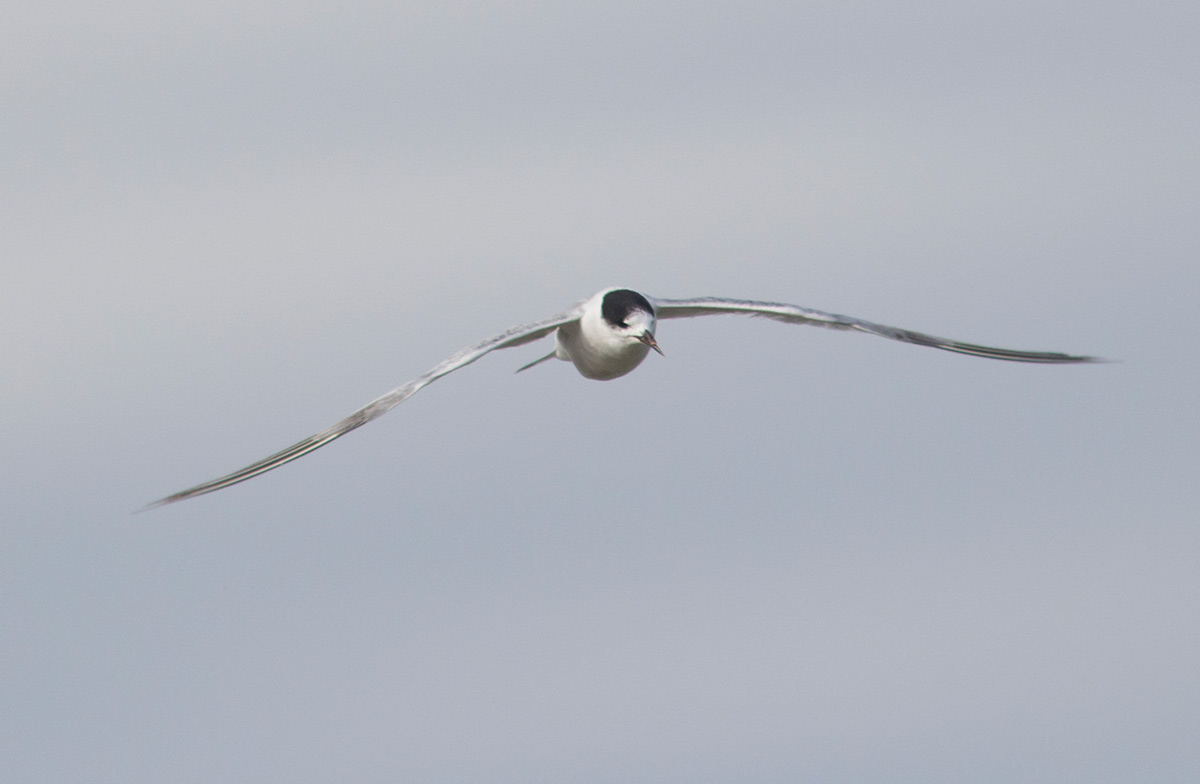 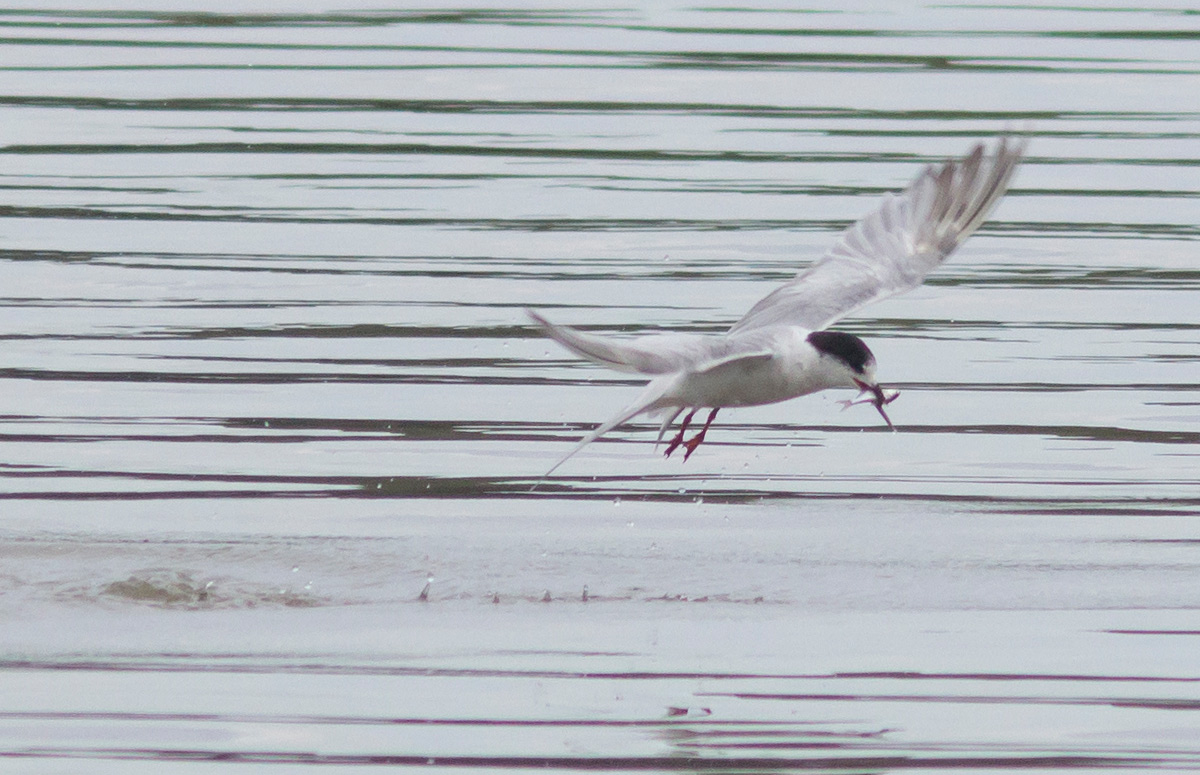 PPPS It came to roost on buoy 8 on Gunwade Lake 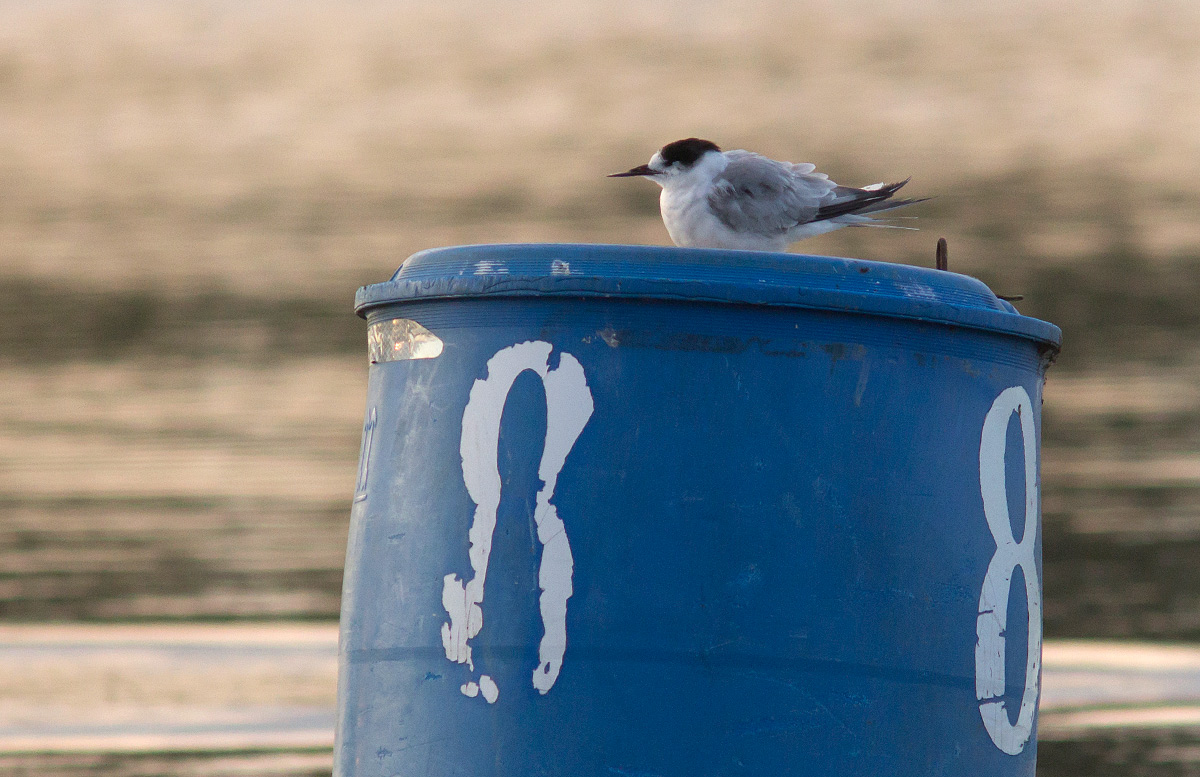