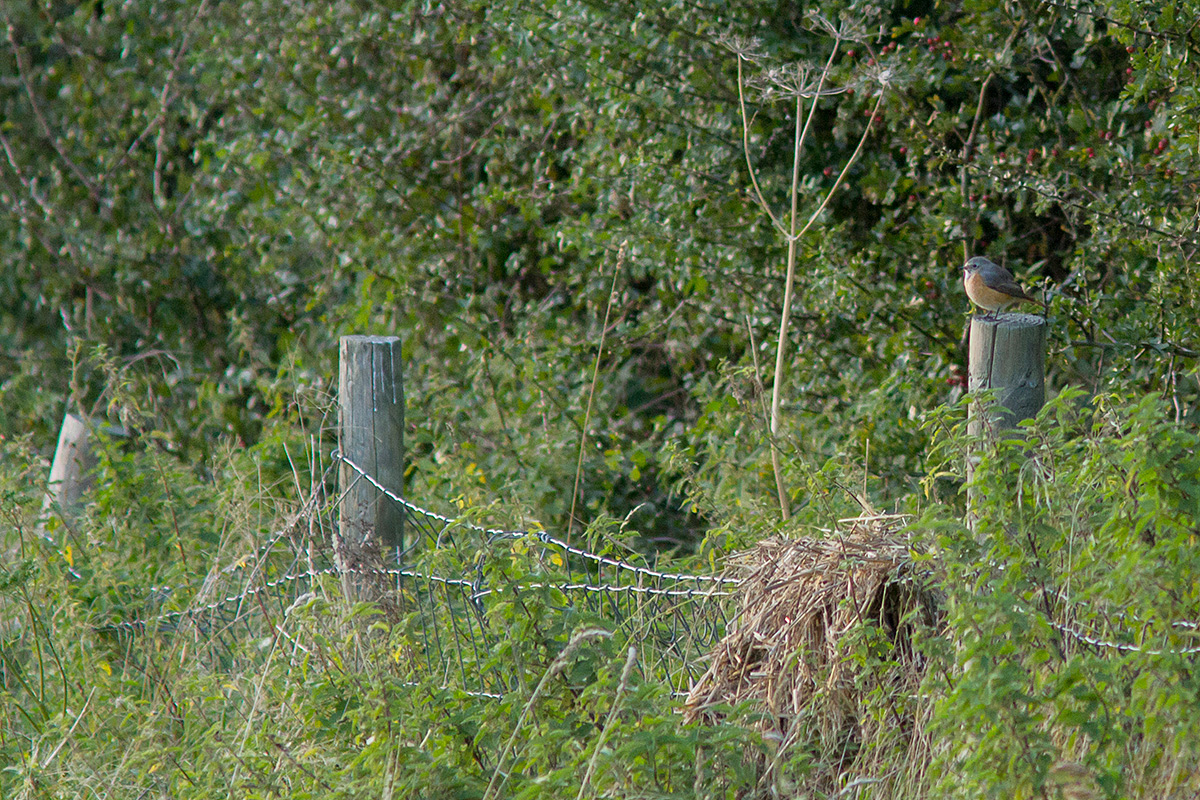 Last Sunday (9 September), Hugh Wright was out with his family, walking the fields down at Castor Mill, near the River Nene, and foudn a female type Redstart. I came down to check it out and while the Wrights picnicked and paddled in the mill stream, I waited for Hugh's Redstart to come out of hiding by the old windmill. I waited and waited, and then a Resstart appeared. But not Hugh's female but a nice first-summer male. The female did re-emerge for a bit and both came and posed in one of two hawthorns in the horse paddock. A Robin occasionally came and bullied them, especially the young drake. In the evening Don 'Mr Redstart' Gardener and I converged at the spot and after walkign the fence line turned up firstly the female, then the young male, as seen here. Great birds! The young male was the fourth Redstart I have found locally, this year (all males) and I haave now seen six Redstarts (but no Black Redstarts) in the PBC area in 2019.