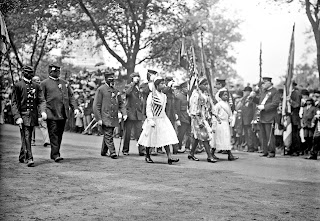 African American Civil War veterans wearing G.A.R. caps and
uniforms and young women marching in procession, May 30, 1912
[G.A.R. = Grand Army of the Republic, an organization of
Union Army veterans who fought in the Civil War] 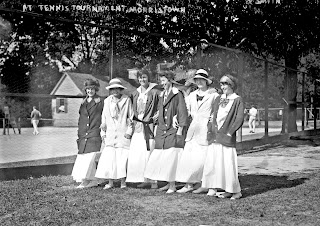 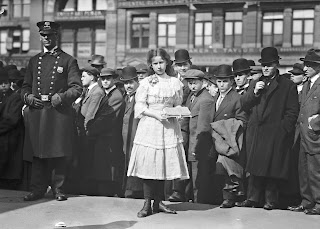 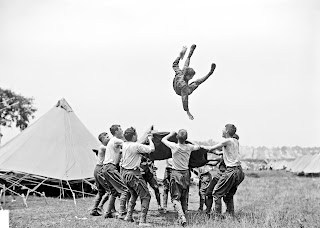 Boy Scouts at the Gettysburg Reunion (the Great Reunion) of July 1913,
which commemorated the 50th anniversary of the Battle of Gettysburg 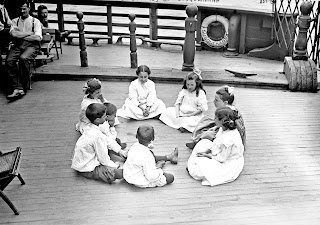 Child consumptives seated in a circle aboard "Susquehanna",
ferryboat used as a tuberculosis camp, 1909