Skip to content
These photographs (and the previous set) were taken by Charles Bayliss in 1886 for the New South Wales Royal Commission into water conservation. Ironically, the area was under flood during the journey. Bayliss joined the expedition on its three-week trip down the Darling River on the paddle steamer 'Florence Annie', travelling through the countryside and collecting evidence from squatters in the area. 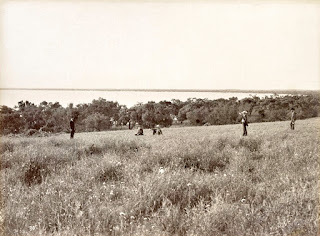 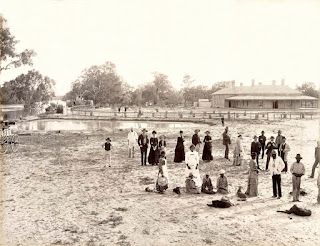 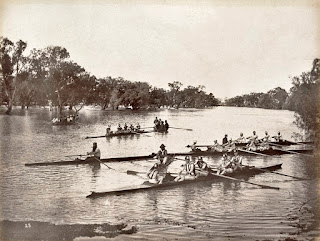 Rowing on the Darling River at Wilcannia, New South Wales 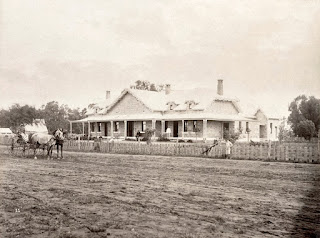 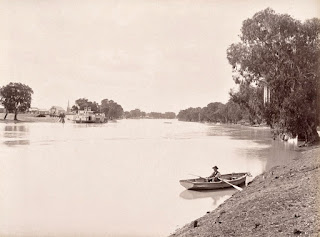 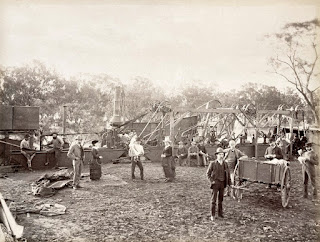