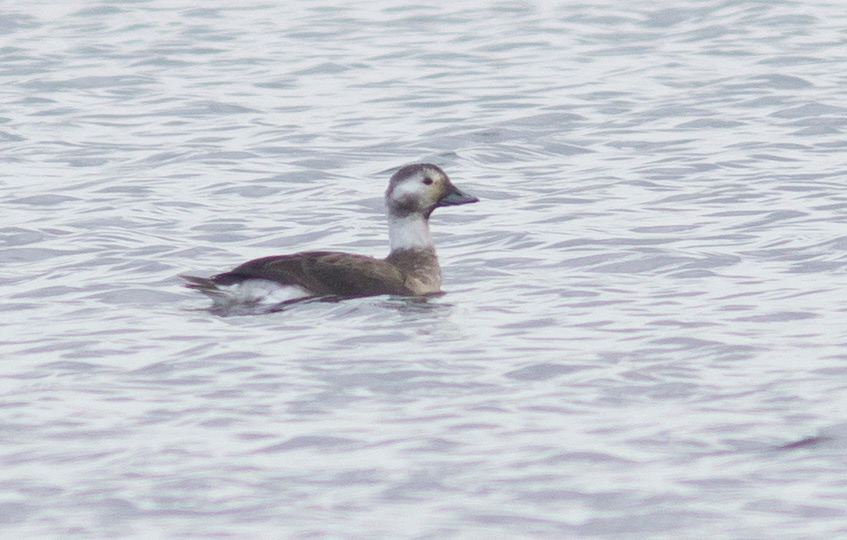 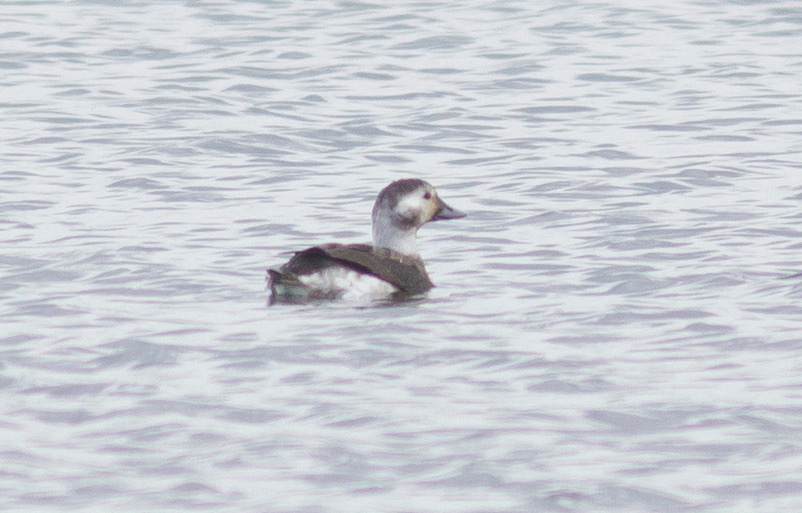 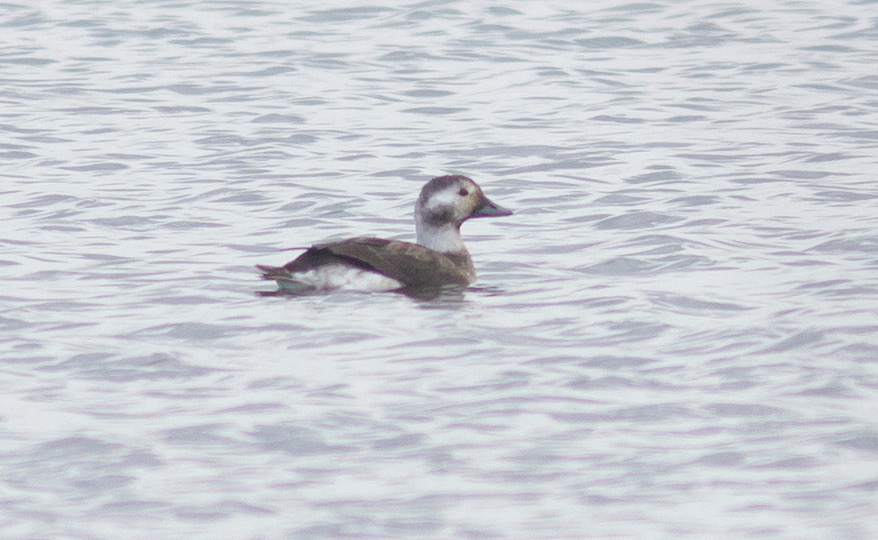 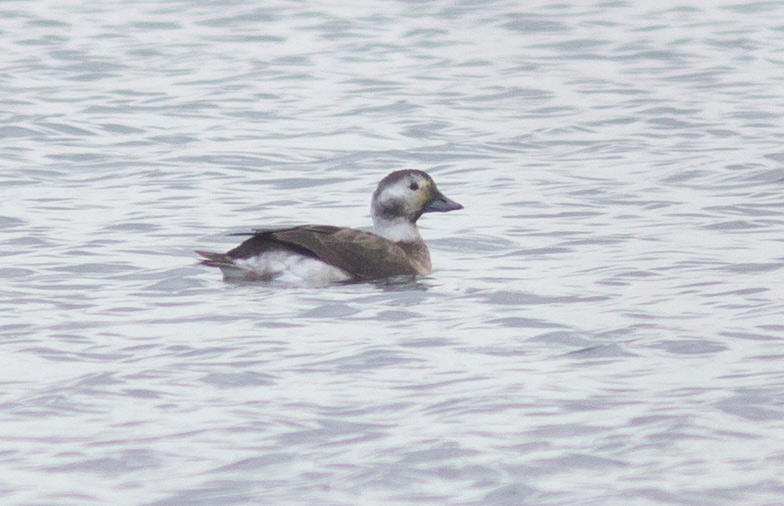 In February 2017, Bob and Sue Titman found a Long-tailed Duck on the stretch of the River Welland called the Deeping High Bank (DHB; near Crowland, S Lincs). This female soon got named Lottie and hung around on the river for ages. It later moved to Deeping Lakes LWT where it could be seen on the east pit or The Lake. It later relocated to Baston & Langtoft pits (BLGP), notably the 'wader pit' and the adjacent 'T-junction pit' (just across the road).
On New Year's Day 2018, Lottie was again back on the Welland near Gull Farm on the DHB, then it vanished for a while, though I refound her further north near Spalding a few weeks into the year. Later it once more relocated to the BLGP complex, and especially the 'wader pit'. It was there for ages into the spring, but started to be afflicted by a horrible condition which made it spin continuously in tiny circles, half on its back. Things looked terminal for Lottie. But she is a tough cookie, and after a few weeks apparently recovered to full health. In April, not long before our annual bird race (around the May Day bank holiday), she disappeared. Had Lottie been predated or just left?
Last week, Chris Lines found what appears to be an adult female Long-tailed Duck on the 'T-junction pit' at BLGP and she is still there. Has Lottie returned? Probably, but we will only know for sure after a bit more moulting to reveal more white in the face. I took these shots last Sunday (25th).