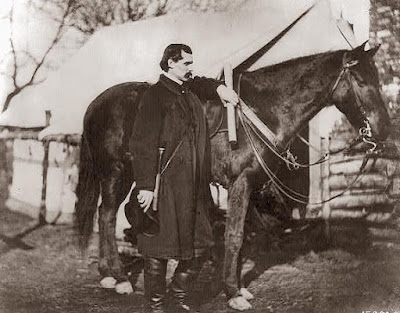 This is an amazing picture of a man that could be considered the first professional aviator. The picture shows Professor Thaddeus Lowe. The picture was taken around 1861. Professor Lowe had a practical lighter than air balloon system that could take men aloft in a basket under the balloon. Professor Lowe was used extensively for surveillance in the Civil War. It was an incredible advantage for Union Forces to be able to send Professor Lowe and his associates aloft to go up and peer over at confederate troop positions. It was the first example of aerial reconnaissance. They could go up, see confederate positions, and create sketches of those positions, and then give the Union Forces incredible intelligence.