Skip to content
From Harris & Ewing come these photos of Franklin and Eleanor. 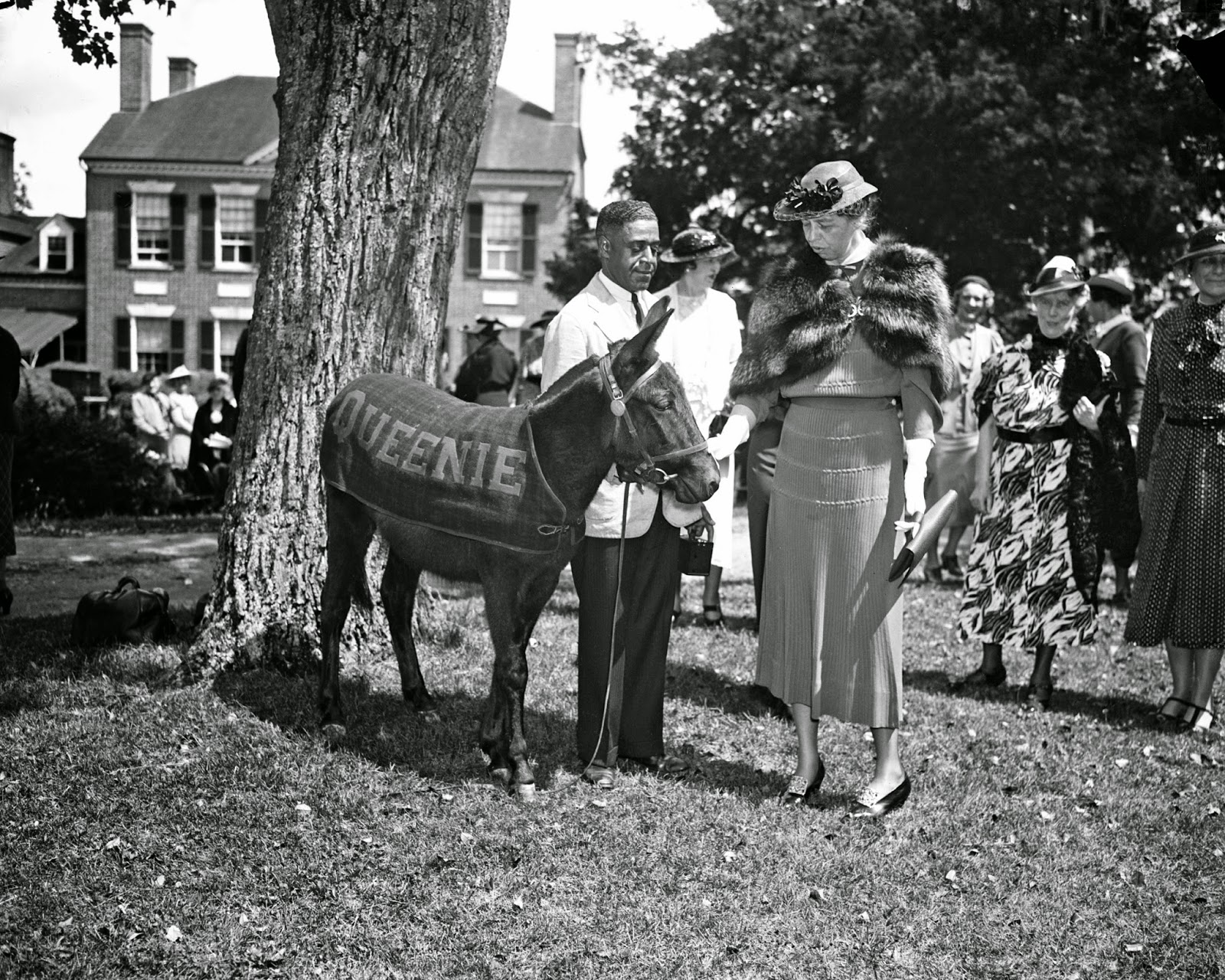 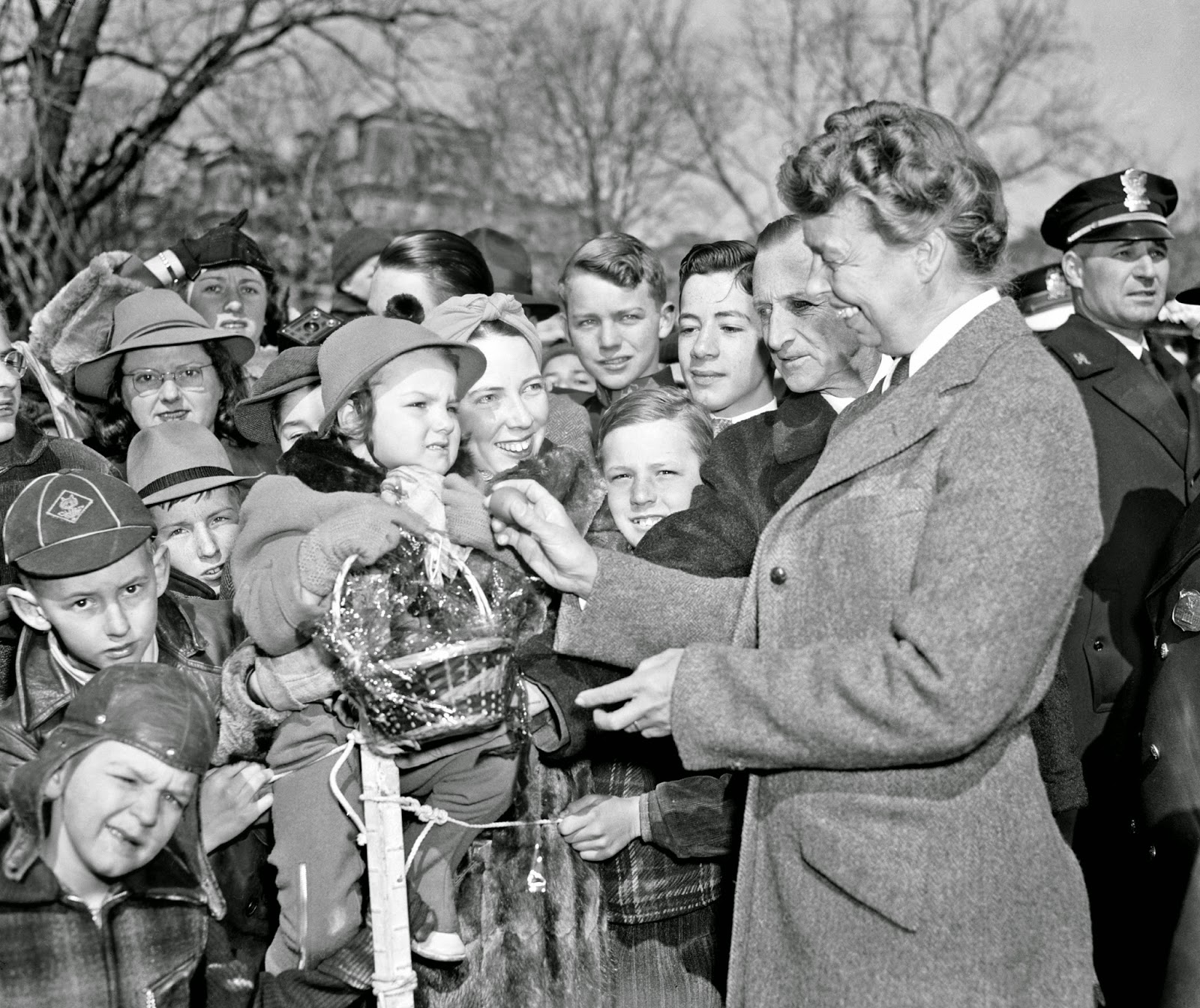 First Lady welcomes Easter egg rollers. Because of the cold
weather the crowd was the smallest in 15 years. 25 March 1940 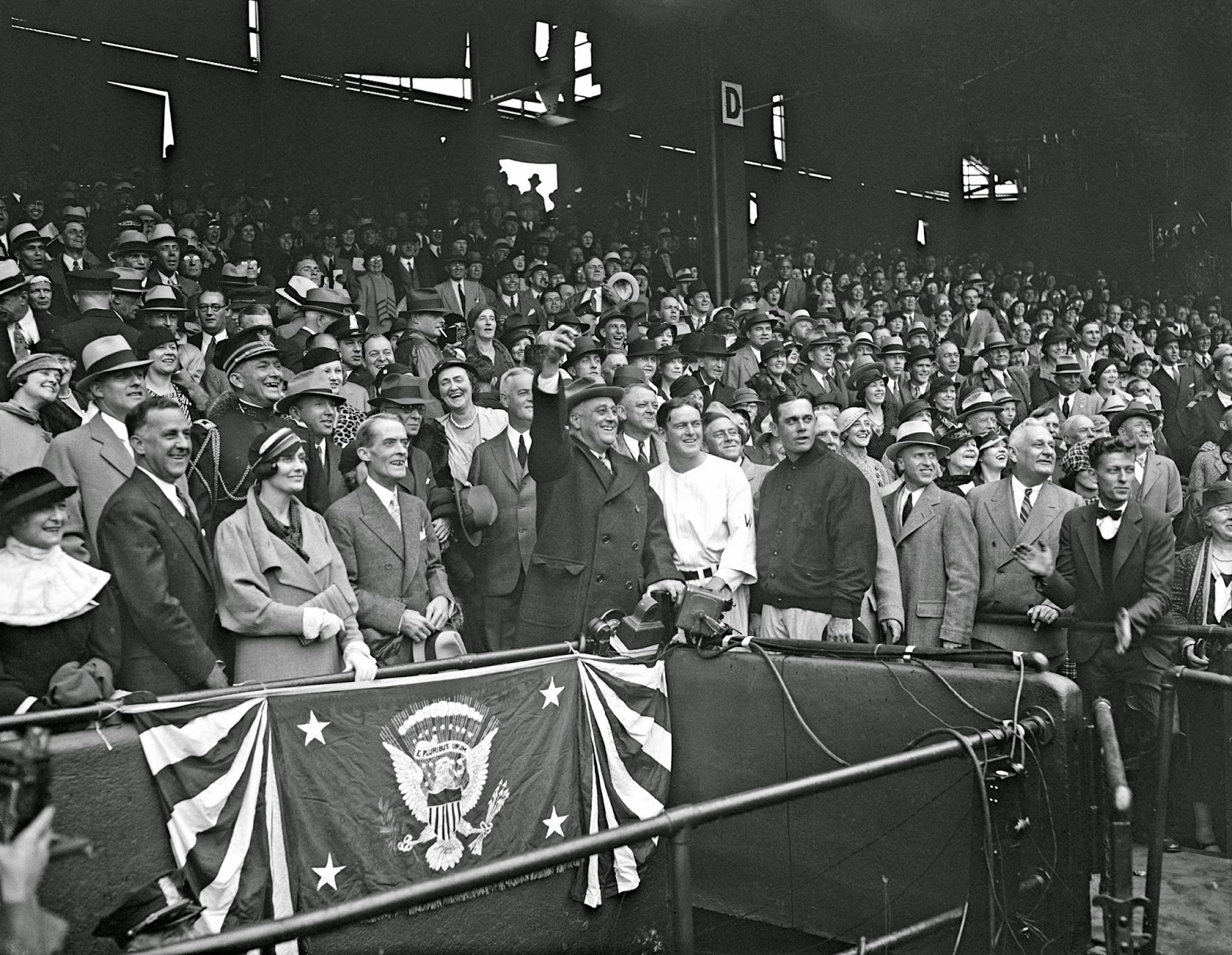 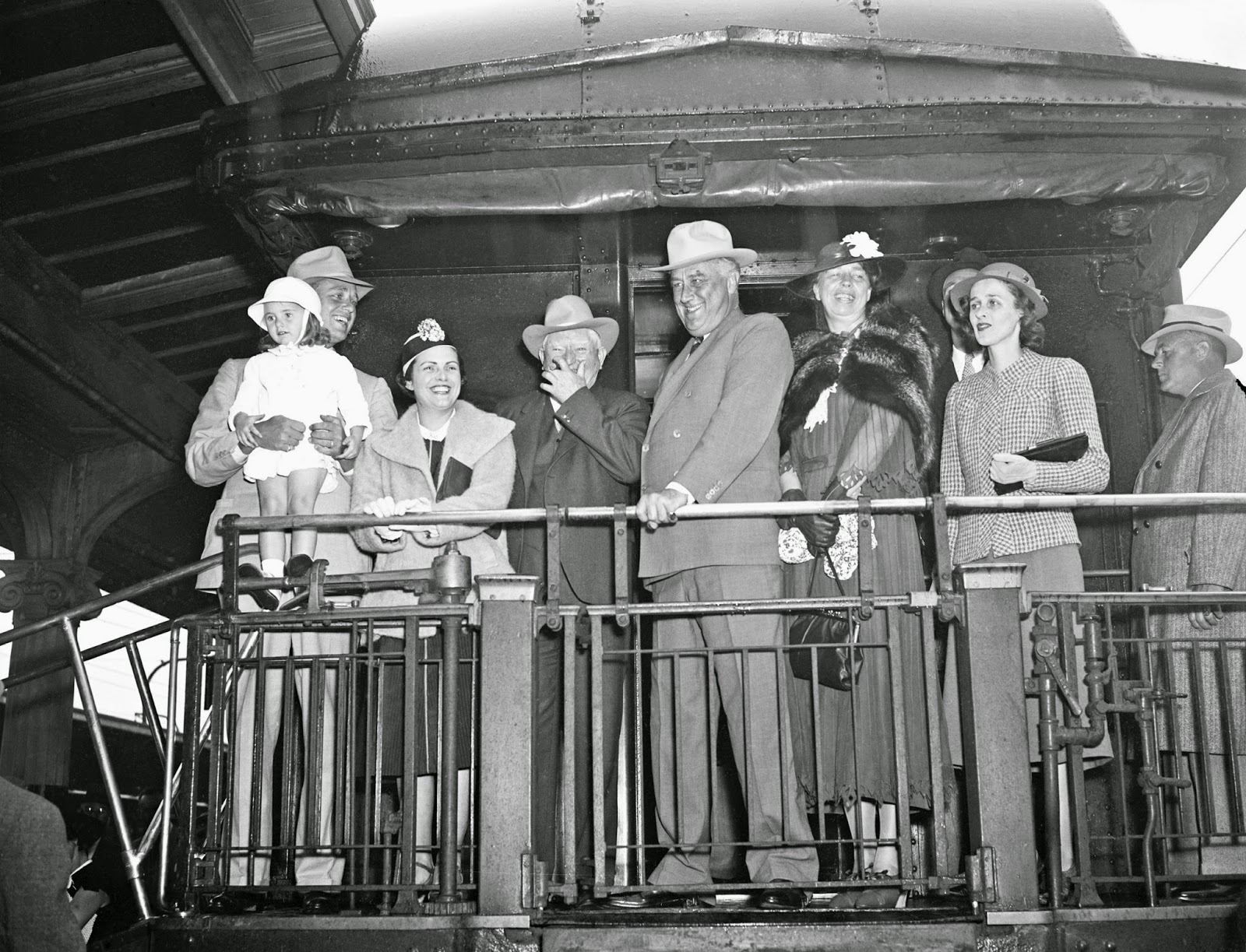 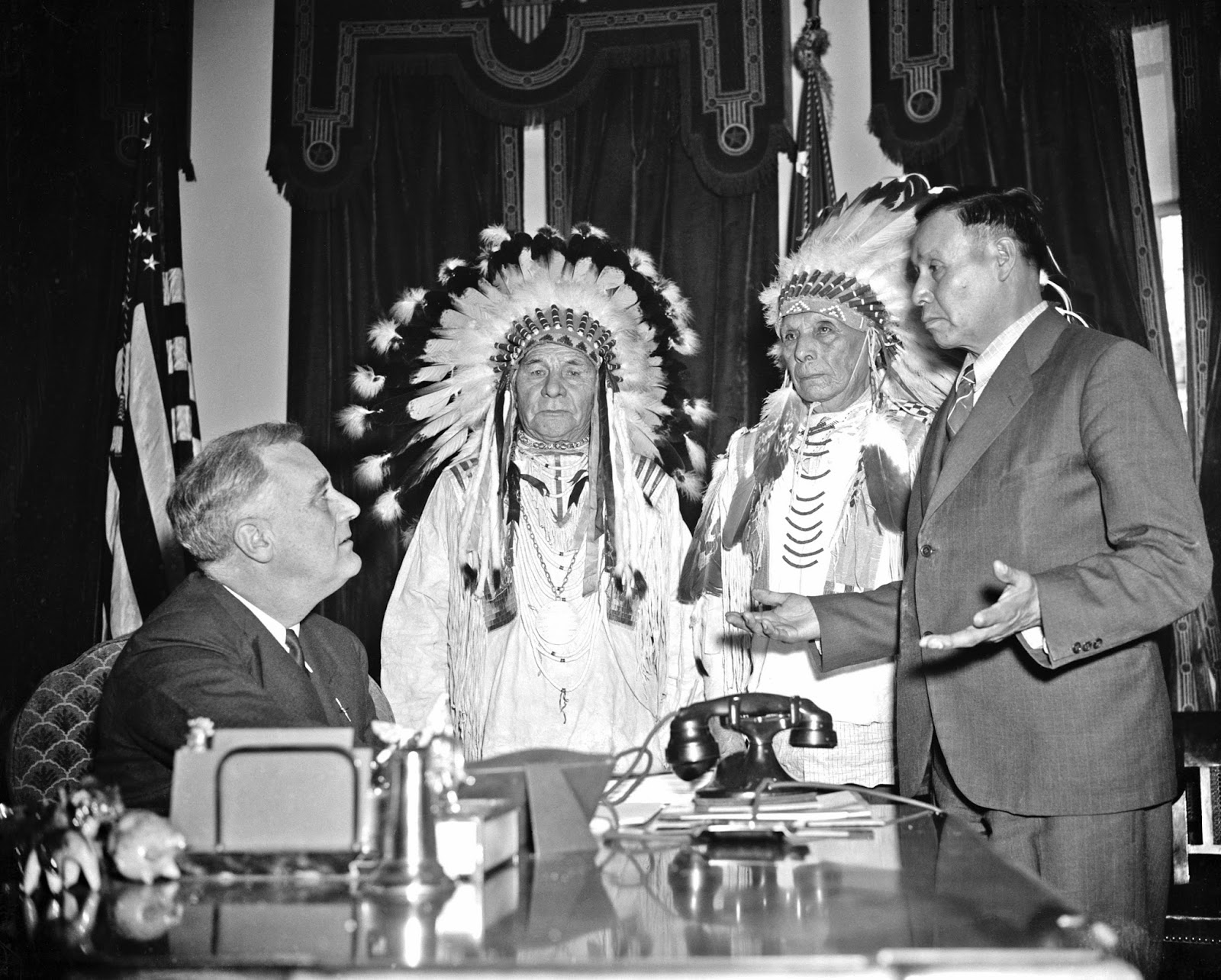 Indians visit Great White Father. President Roosevelt receives Drag Wolf (l) and Foolish Bear while Arthur Mandan interprets. The purpose of the visit was to thank the Great White Father for his help in restoring the 'sacred bundle' to the Water Buster Clan of the Gros Ventre tribe of North Dakota, a tribal relic whose loss in 1907 has been followed by such a period of drought as none among them can remember. With the return of the bundle the Indians think the drought will be over. 13 January 1938 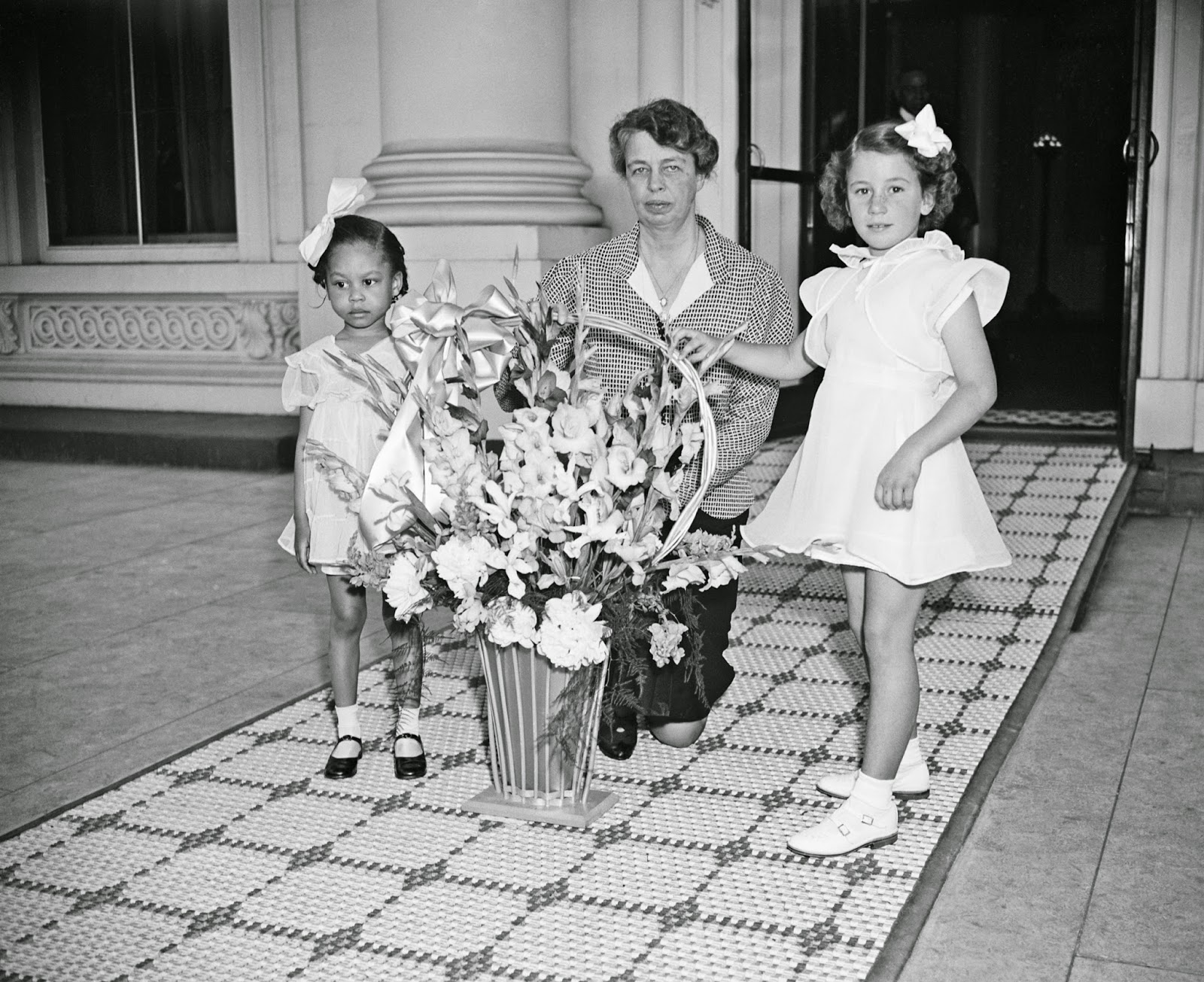 May Day, designated by President Roosevelt as Child Health Day, was observed at the White House when two capital youngsters presented a basket of flowers to Mrs. Roosevelt, 2 May 1938 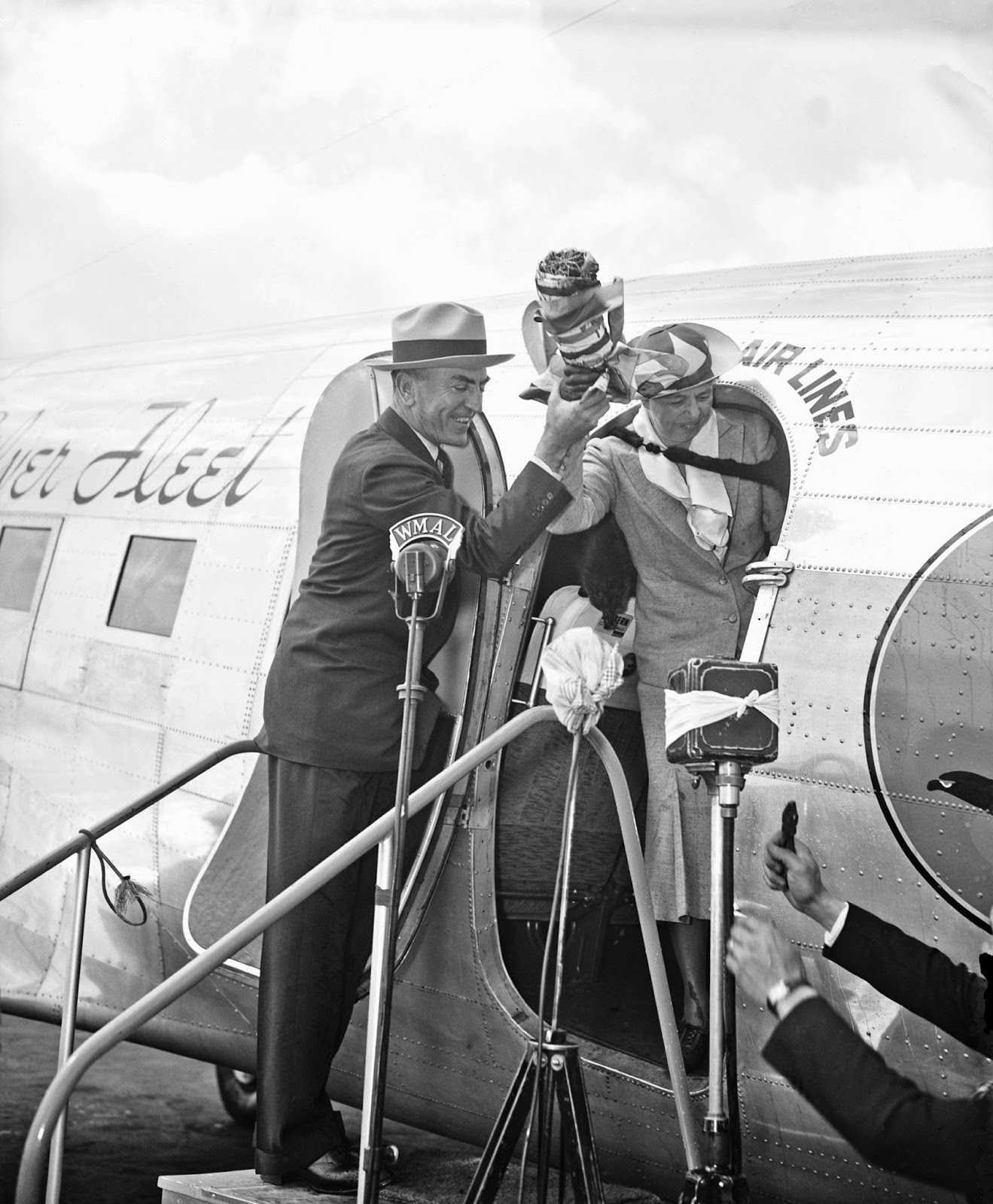