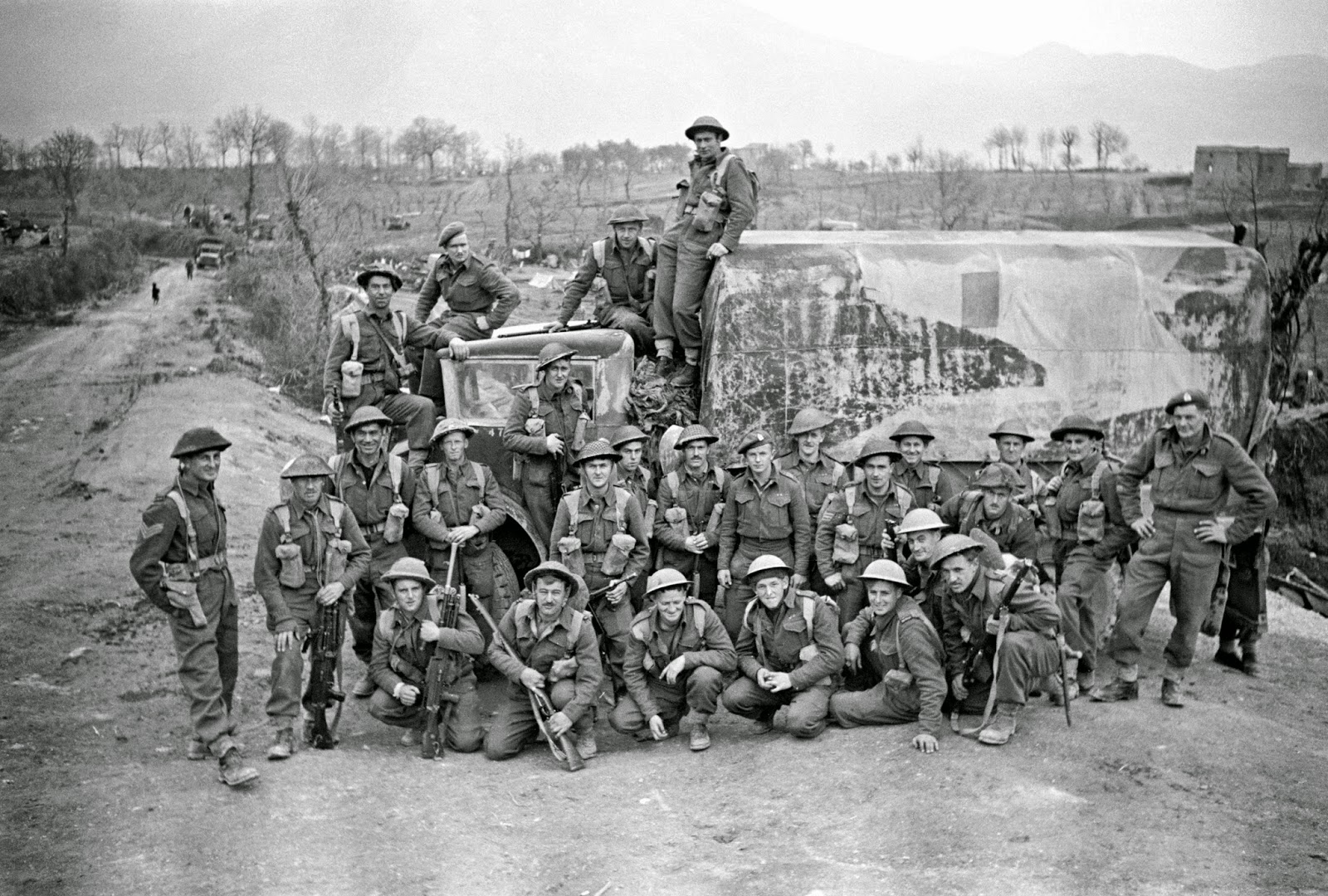 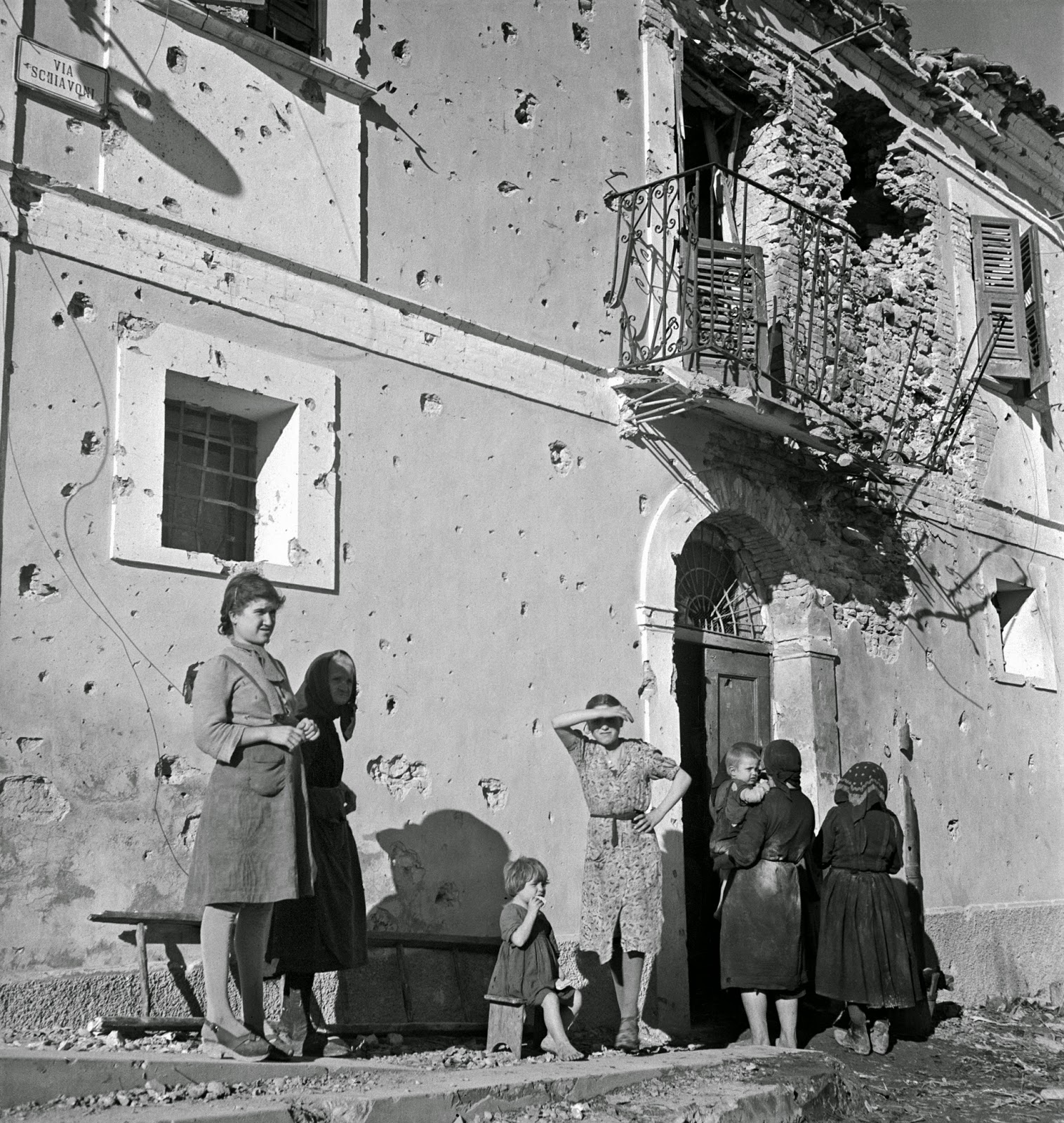 A scene in the forward area of the Sangro River Front, in Italy,
showing villagers outside their wrecked homes, 10 December 1943 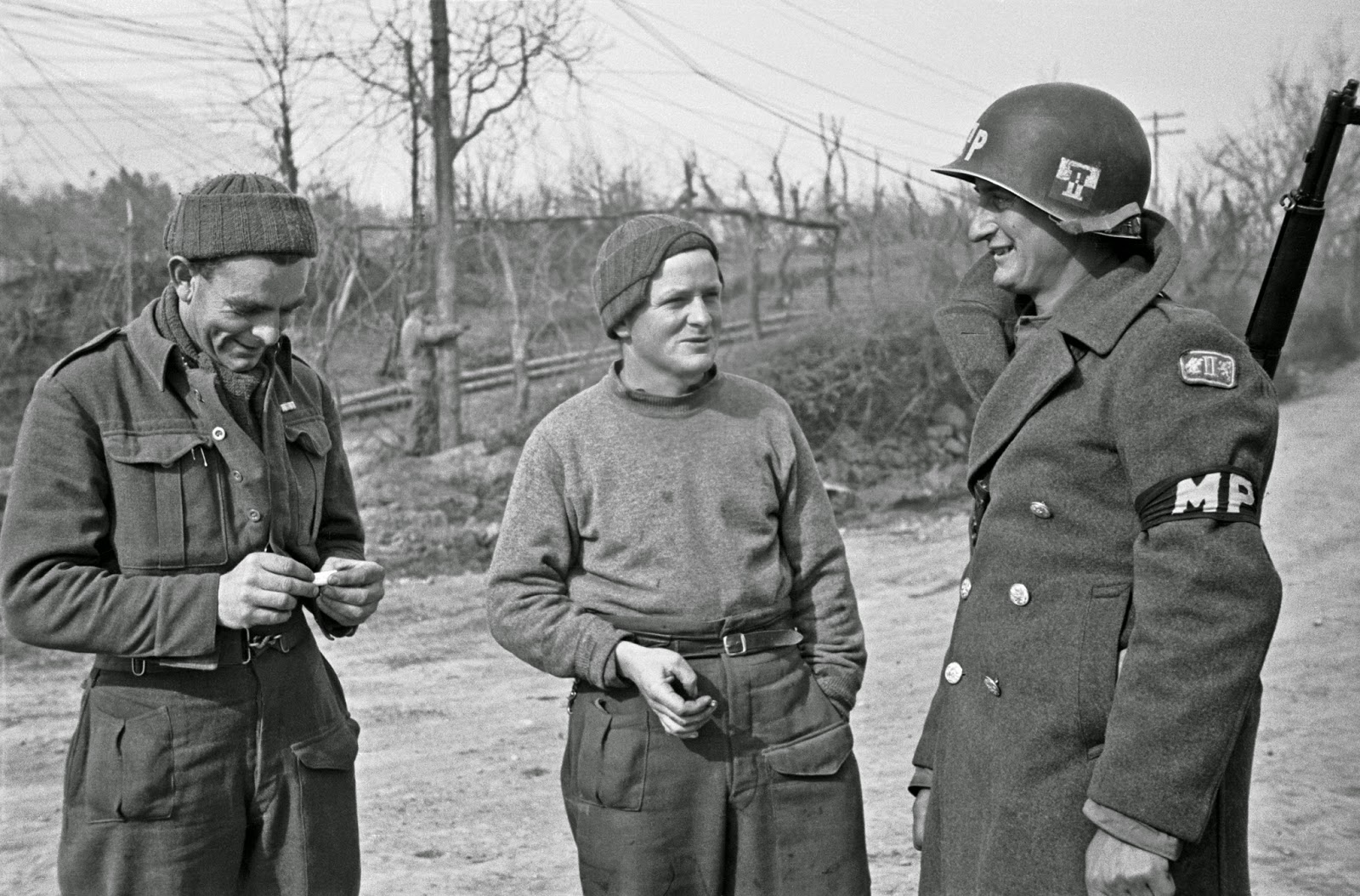 An American military police officer on point duty and two Kiwi soldiers
seen together on the 5th Army Front in southern Italy, 10 February 1944 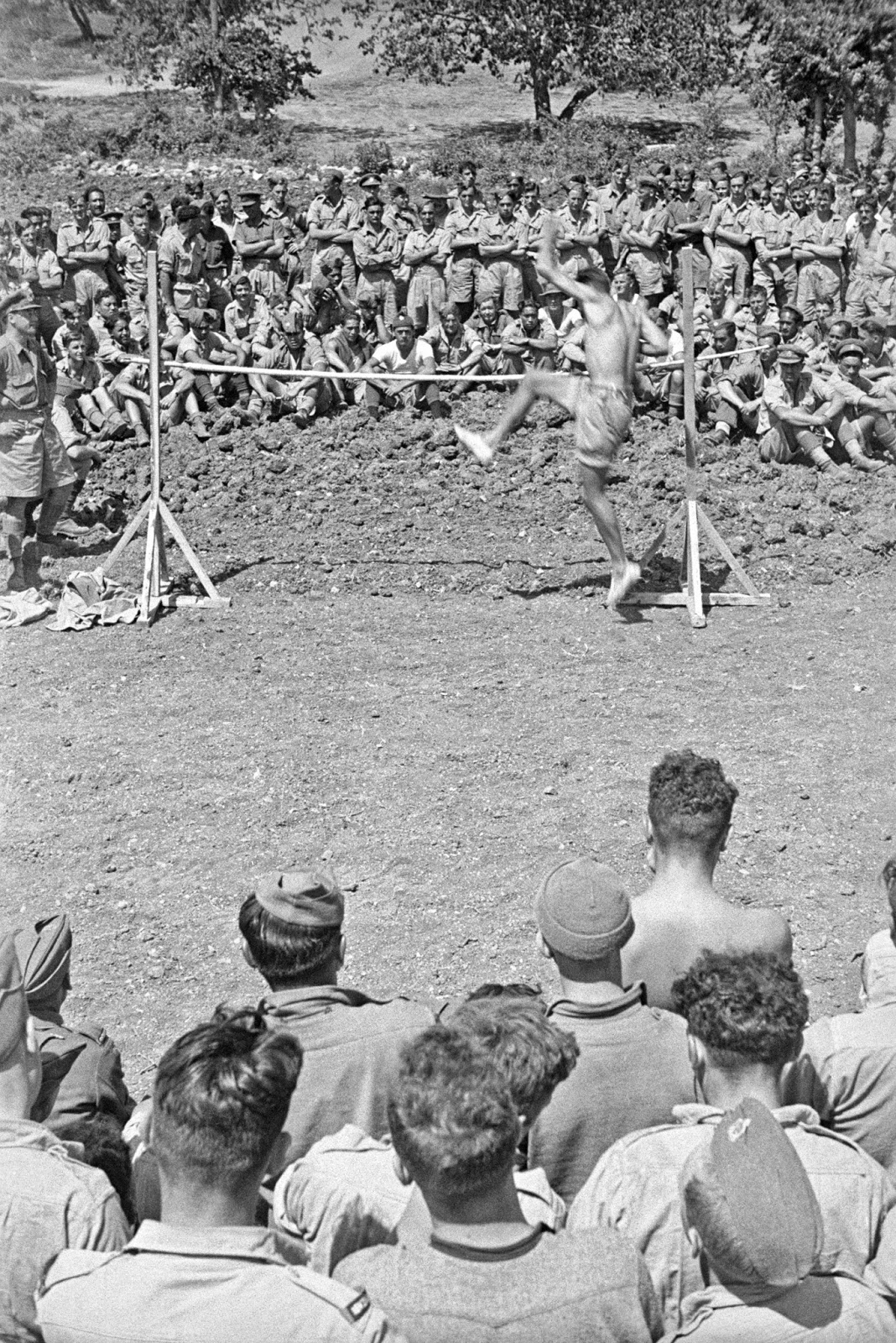 Competitor taking part in the high jump at 5 NZ Infantry
Brigade Sports Meeting in Italy, 11 May 1944 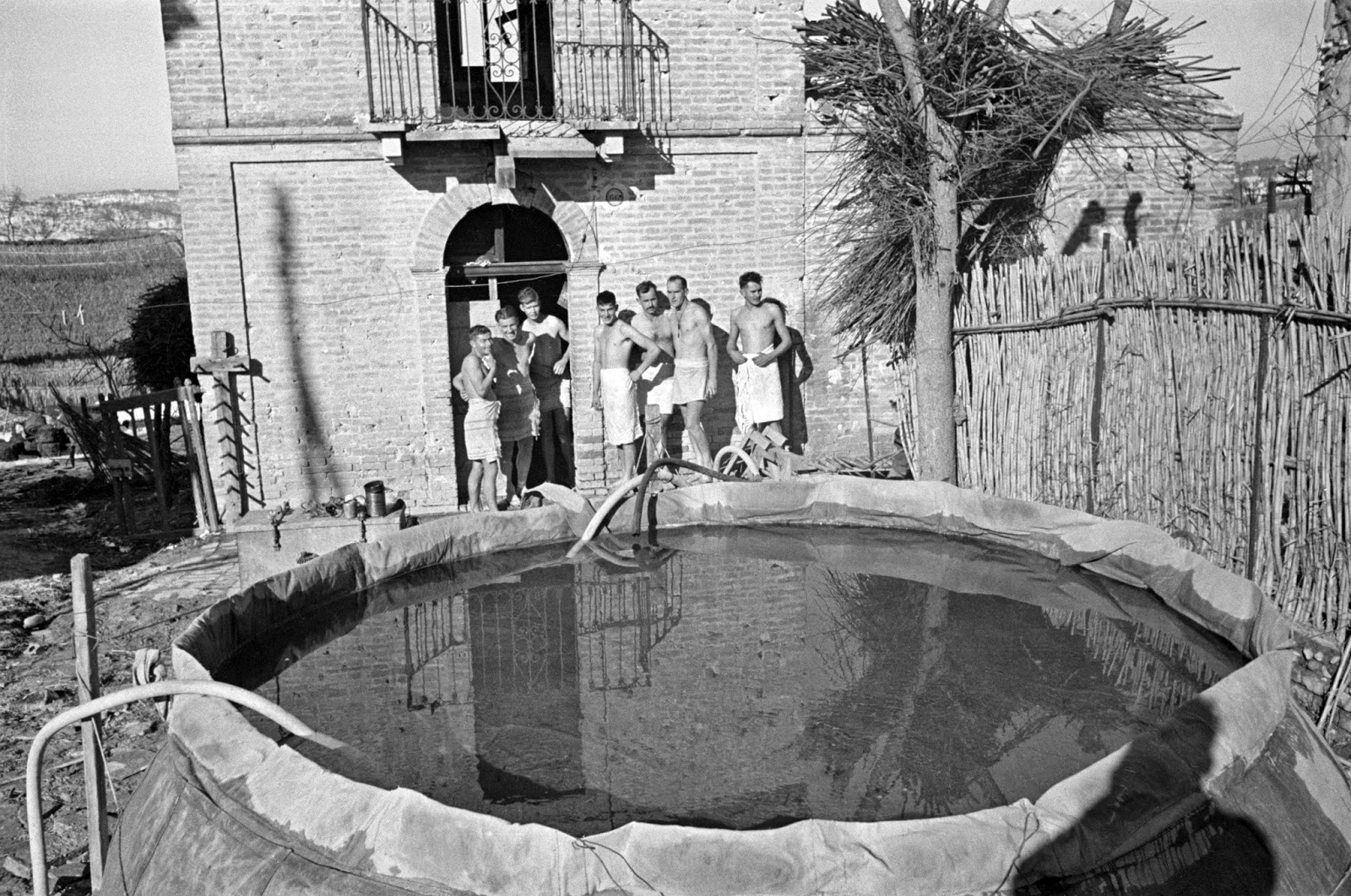 New Zealand soldiers, out of the line for a rest in Italy, await their turn for a
hot shower provided by a NZ Field Hygiene Section, 6 January 1944