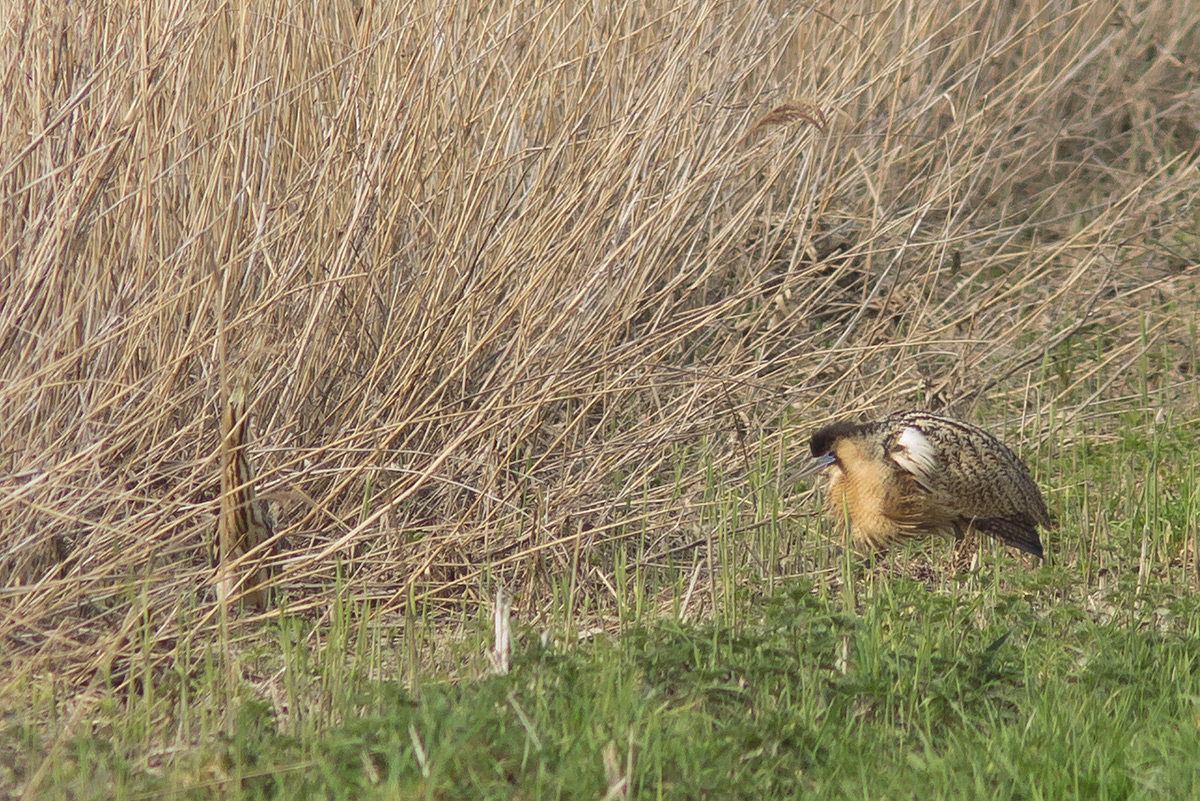 The golden, bright blue lored male puffs himself up and reveals his pale epaulettes to impress the sky-pointing female 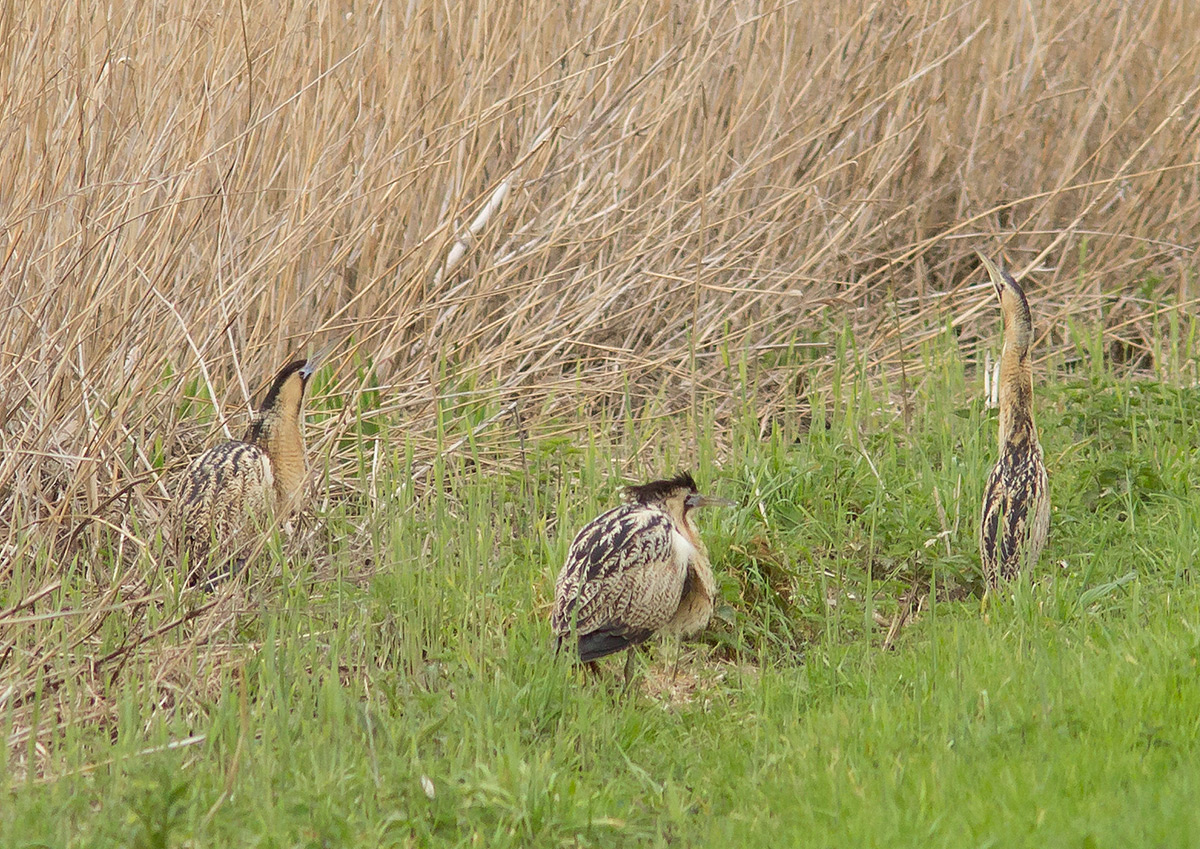 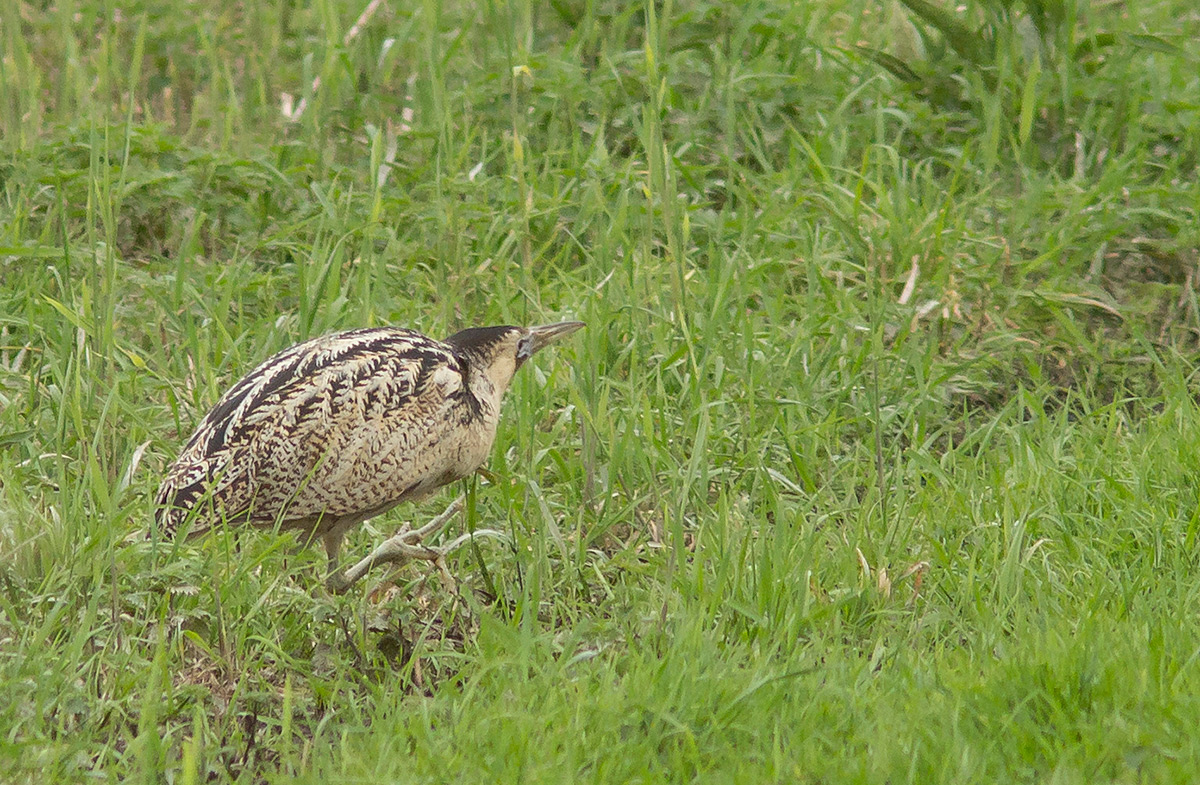 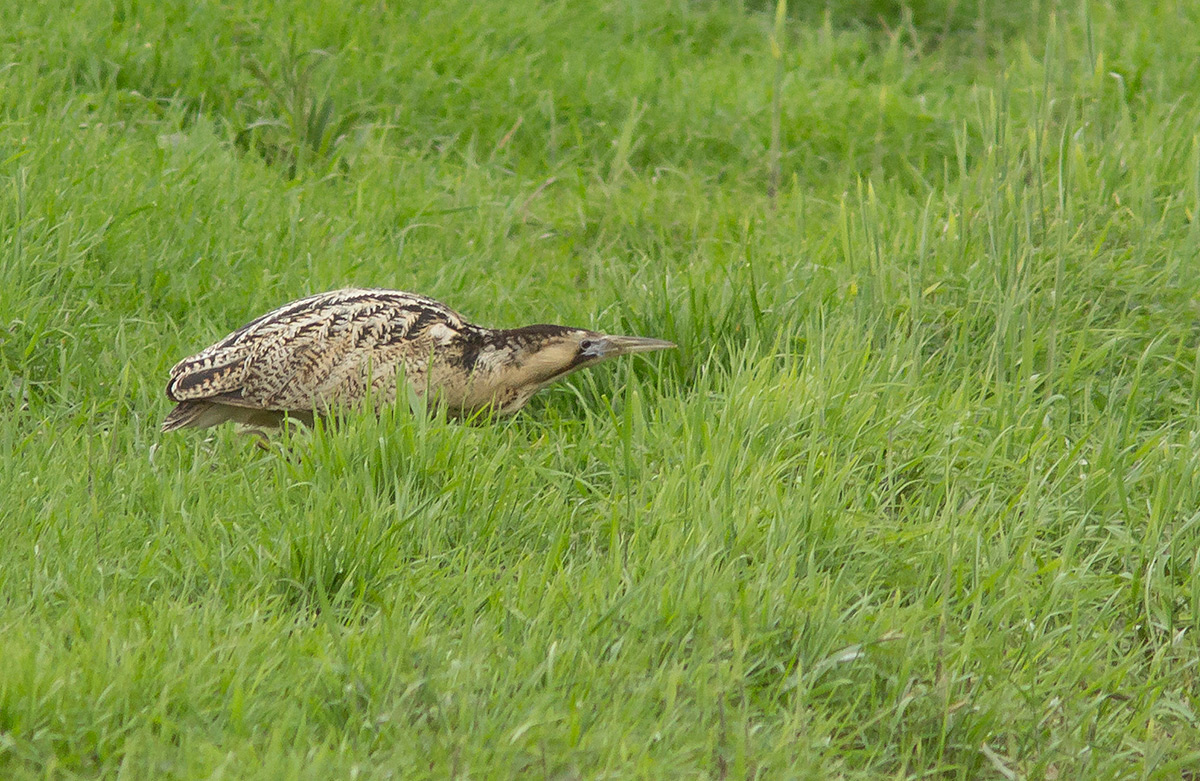 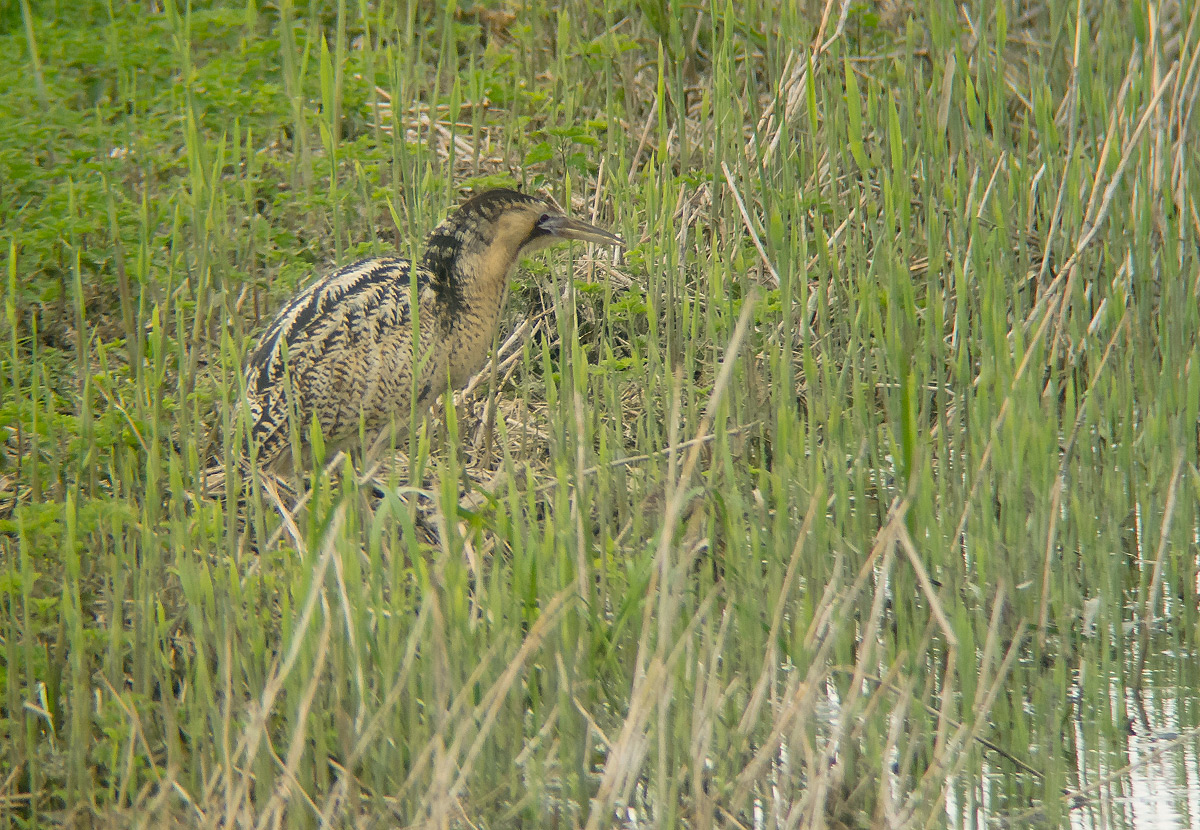 >
The 'rival male' (greyish lores) sneaks off to fish away from the reeds
At the weekend I happened upon some incredible Bittern action. To cut a long story short, on Saturday: I watched a male Bittern boom for the first time in my life. I saw that male Bitterns have bright blue lores, and females greenish-buff lores. I watched a male Bittern puff himself up, reveal his whitish epaulettes, erect his crest and flirt with a female. I even watched the male booming while standing six inches from the female. They did everything but mate.
On Sunday: a third, probably younger male (paler plumage, greyer lores) joined the action, flirting with the same female, until gently seen off by the golden, blue-lored male. I watched both the younger and the brighter male booming. I saw all three Bitterns fishing; the 'younger' male even caught and ate a fish while the brighter male stood watching, only about 7m away from him.
Then an Otter turned up, spooked the three Bitterns into the open and later came back and fished in the same ditch.
Wow!