Skip to content
This is a bittersweet day: I am saying goodbye to History in Photos. I've been at this for five years and have put a lot of time and effort into finding historical photos that - to me, and hopefully to you - are interesting, educational, and have something to say about the human condition. Other priorities are now calling, but it has been a vastly interesting - and occasionally obsessive - journey for me. I never did this for page views but I hope it has been interesting for you as well.
I end, somewhat symbolically, with the final set of photos from the 1954 road trip taken by the four Canadian ladies. 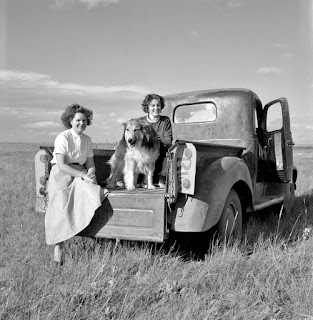 Audrey James and Marg Thompson with a dog in the back
of a truck, De Winton, Alberta, August 12, 1954 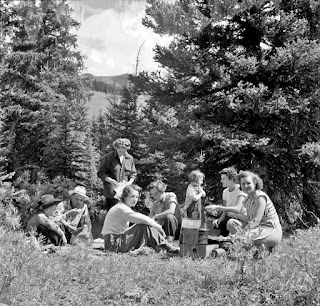 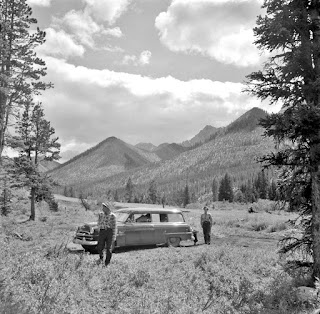 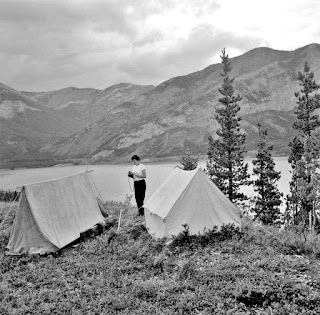 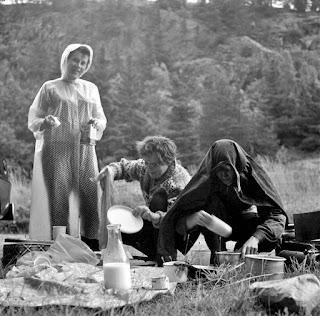 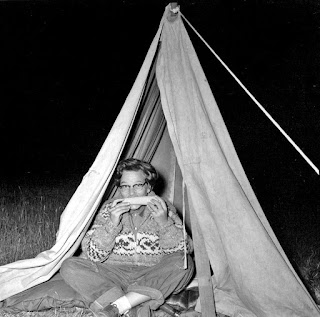 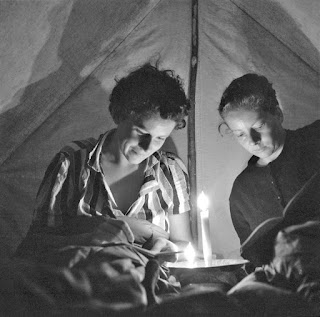 Anna Brown and Rosemary Gilliat writing and reading by candlelight
at a camp near Fraser River, British Columbia, August 19, 1954 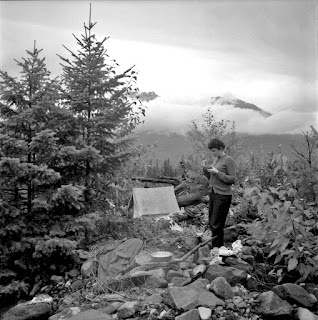 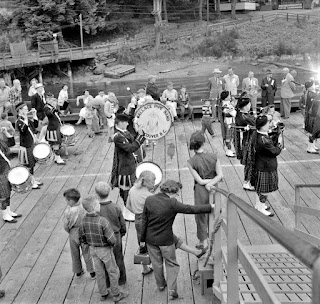 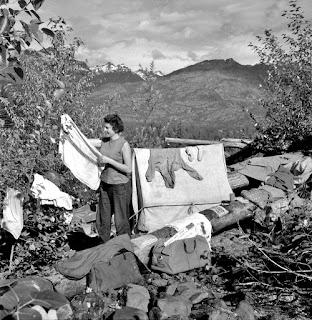 After the rain all belongings are spread out to dry in
Garibaldi Provincial Park, British Columbia, August 25, 1954 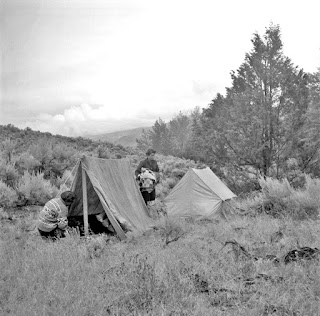 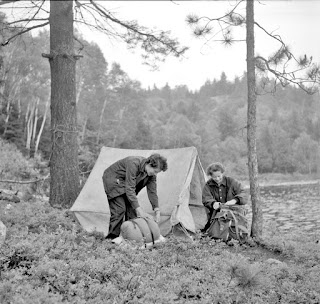