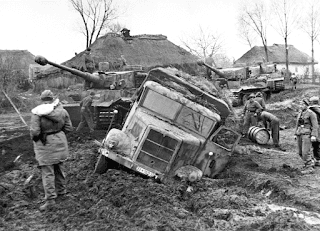 A column of German Tiger I heavy tanks and a MAN ML 4500 truck
of the 1st SS-Panzer Division Leibstandarte SS Adolf Hitler become
bogged down during the fight for Western Ukraine, November 1943 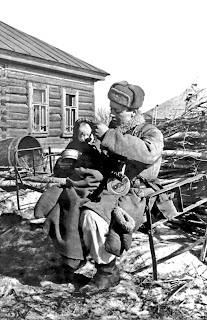 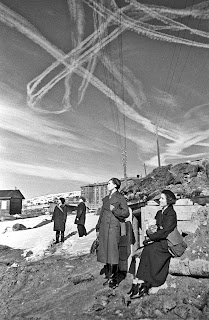 Russian civilians in Murmansk watch an aerial battle between
Soviet and German pilots taking place over the city, 6 April 1943 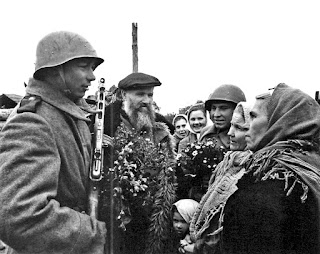 Russian civilians in Nevel greet Soviet troops with flowers following the liberation
of the city from German occupation following the Battle for Nevel, October 1943 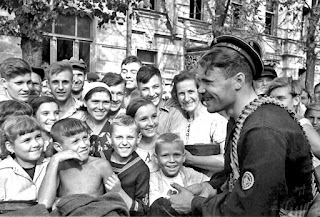 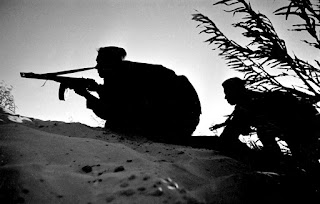 Soviet machine gunners take up positions on the banks of the
Dnieper River during the Battle of the Dnieper. September 1943 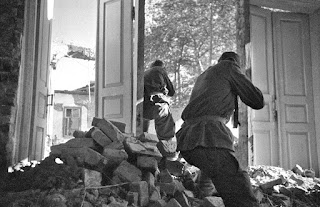 Soviet soldiers battle through the ruins of a house in a village near Kiev during
the Battle of the Dnieper. The battle was one of the largest operations in
the war, involving almost 4,000,000 troops on both sides. September 1943 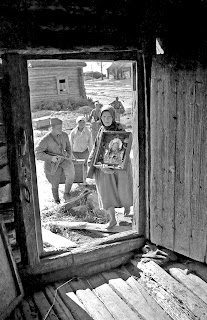 Soviet soldiers help Russian refugees return to their homes following the Third Battle of Smolensk when Soviet forces of the 39th, 43rd and 10th Armies recaptured of the city and surrounding areas from Axis occupation. September 1943 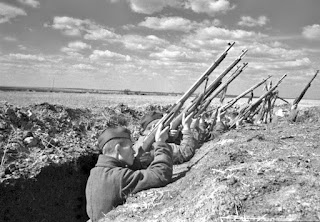 Soviet soldiers in a trench fire on a German plane during the
opening phase of the Battle of Kursk.  7 July 1943 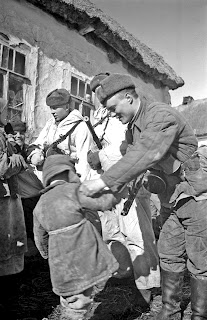 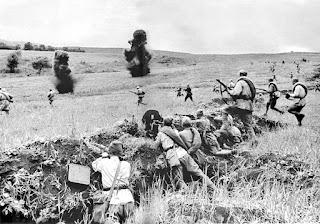 Soviet soldiers of the 270th Rifle Division, Soviet 7th Guards Army,
begin a counteroffensive during the Battle of Kursk. 12 July 1943 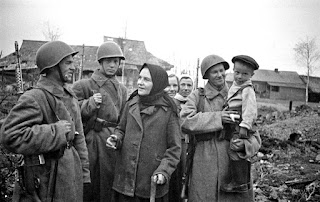 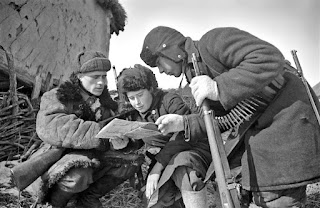 The Soviet commander of the Budak Company of partisans (left)
points out enemy German positions on a map to Komsosmol fighters
Mariya Yelnik and Pavel Kiselev. Near Kursk, February 1943
Source: Anti-Worlds