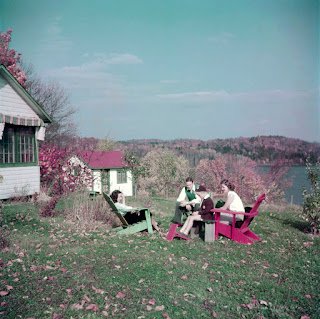 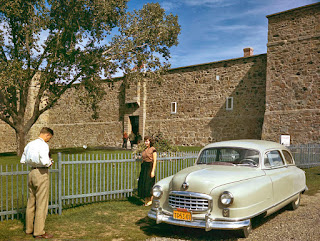 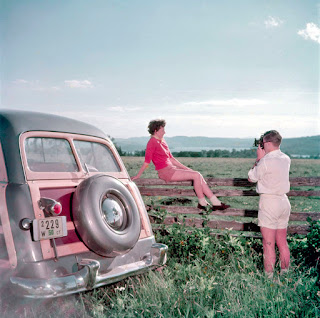 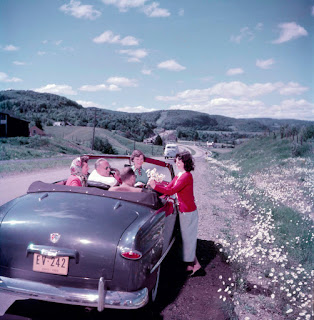 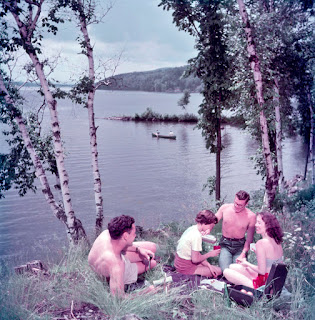 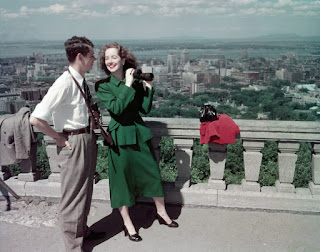 Tourists view the city of Montreal from the lookout
on Mount Royal, Quebec, June 1950 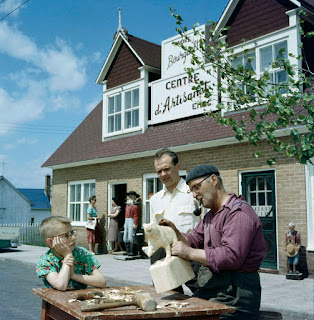