Skip to content
The Johnstown Flood of 1889 basically destroyed Johnstown, Pennsylvania. The flood was due to the failure of a dam upstream from the town. It was probably the worst natural disaster in the United States up to that time; 2,208 people lost their lives. 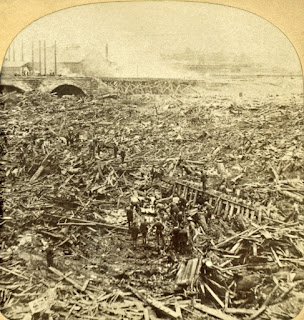 A view of the great stone bridge, where thousands of men, women and children were buried, together with horses, cows, railroad trains, houses, stables, and everything the flood could carry 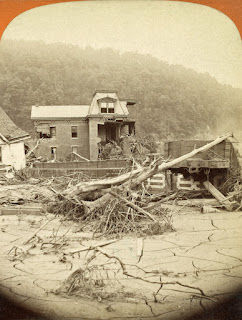 An ocean of mud 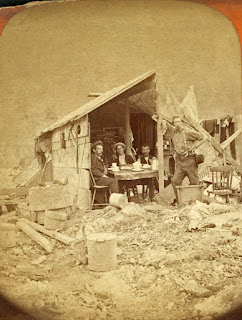 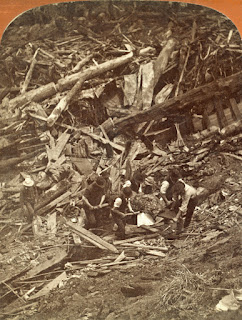 Carrying body out of the wreck 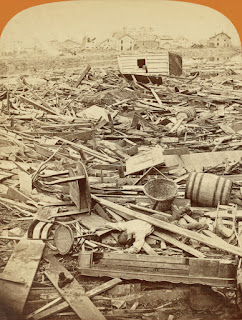 General view of the wrecked city 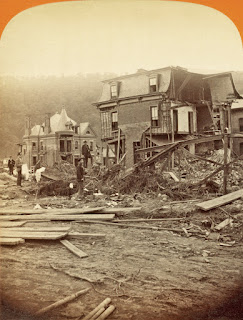 In the path of ruin 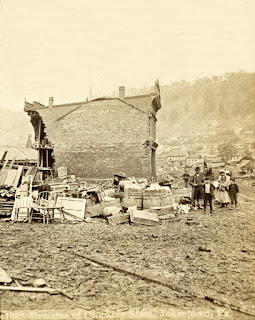 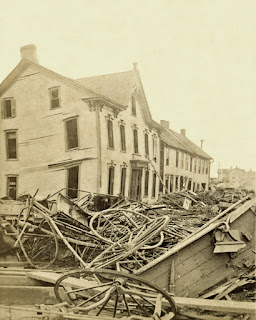 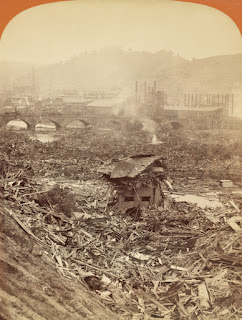