Skip to content
In the late 1860s, photographer Andrew J. Russell traveled west to document the construction of the Union Pacific Railway in Wyoming and Utah, including the famous “golden spike” moment on May 10, 1869, when the Union Pacific and Central Pacific railroads were joined in Promontory, Utah, creating the nation’s first transcontinental railroad. Russell captured images of the railway construction as well as the wide-open landscape of the American West and its inhabitants. 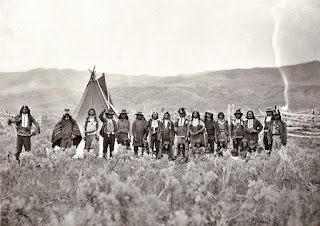 A gathering of Shoshone Indians 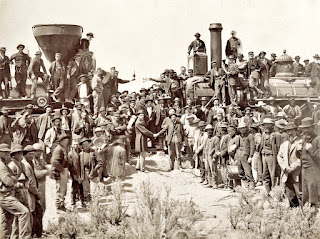 East and West shaking hands at laying last rail. The ceremony took place on May 10, 1869,
marking the placement of the “golden spike” at Promontory Summit, Utah. 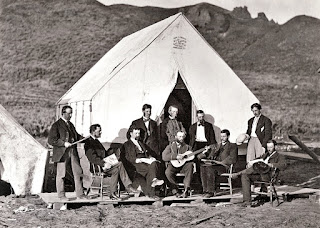 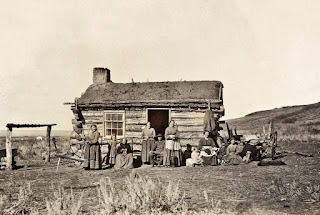 Mormon Family, Great Salt Lake Valley. The man is surrounded by
his family of wives and children, enjoying the noonday rest. 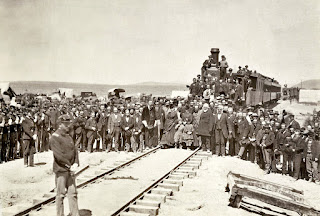 Officers of the Union Pacific Railroad at the laying of
the last rail at Promontory Summit, Utah, in 1869
Source: The Atlantic