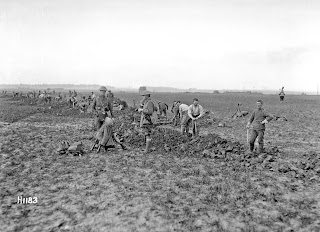 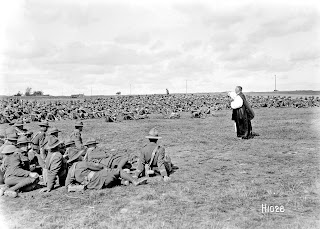 A priest speaking to soldiers, who are sitting on the ground, at a New Zealand
Brigade church service in Sapignies, France, 8 September 1918 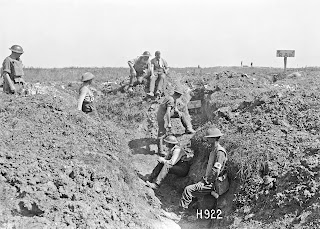 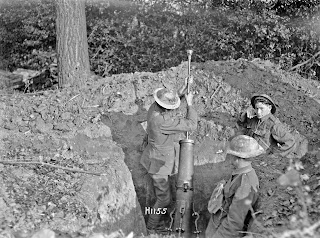 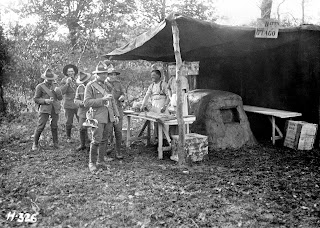