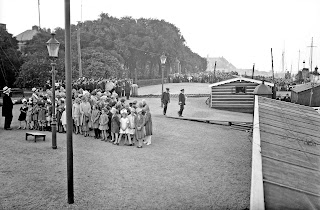 A military band, a girl choir and other spectators waiting for the arrival of important
visitors at the Guard Vessel during the birthday of Princess Juliana, 30 April 1936 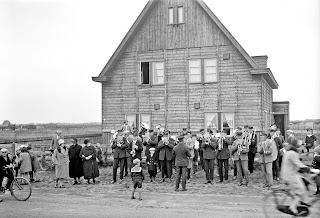 Band plays in front of a large wooden farmhouse at Callantsoog, 1930 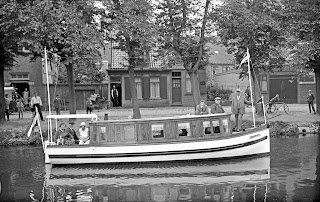 Canal boat Cosmopoliet of Mr. Bakker sails through the Achtergracht, 1930 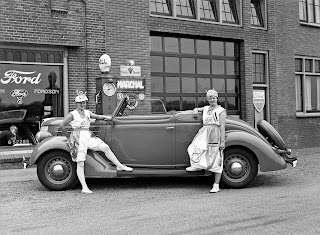 Ford garage with Shell pump, Maarten Smit in the Blue Shack, near Julianadorp, 1930 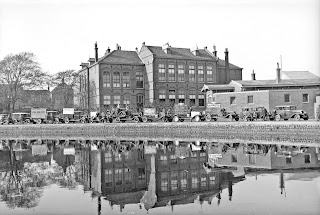 View from the Molengracht of a row of cars with drivers waiting in
advertising for Chevrolet procession organized by Garage Nelis, 1935
Source: Archief Alkmaar