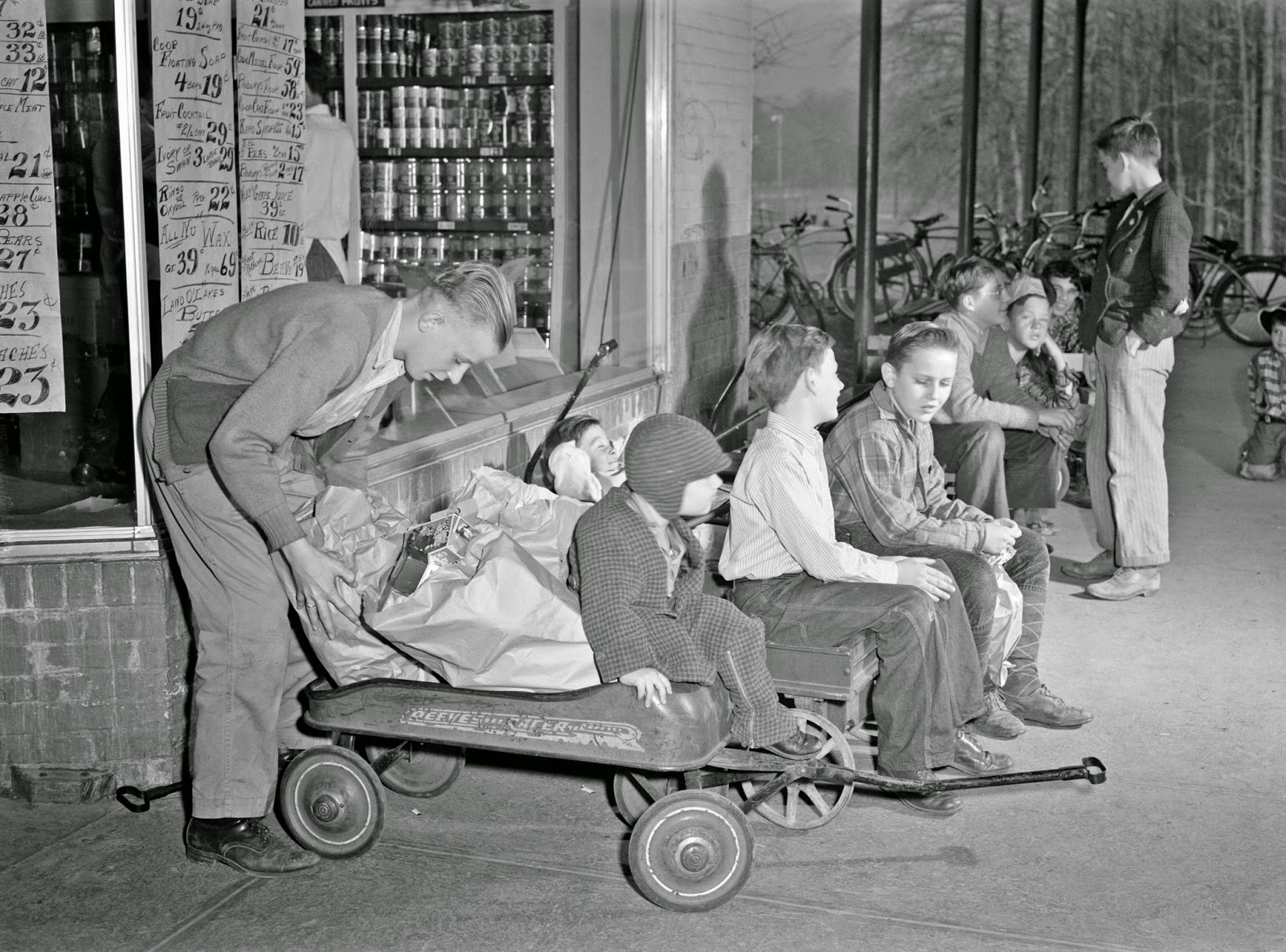 I'll carry mine. Delivery vans, 1942 style, line up outside a Greenbelt, Maryland, grocery store awaiting customers. Tire scarcity and gasoline rationing have placed such service at a premium, and these youngsters who are using their express wagons to carry home Mrs. America's purchases are doing their country a real service. November 1942 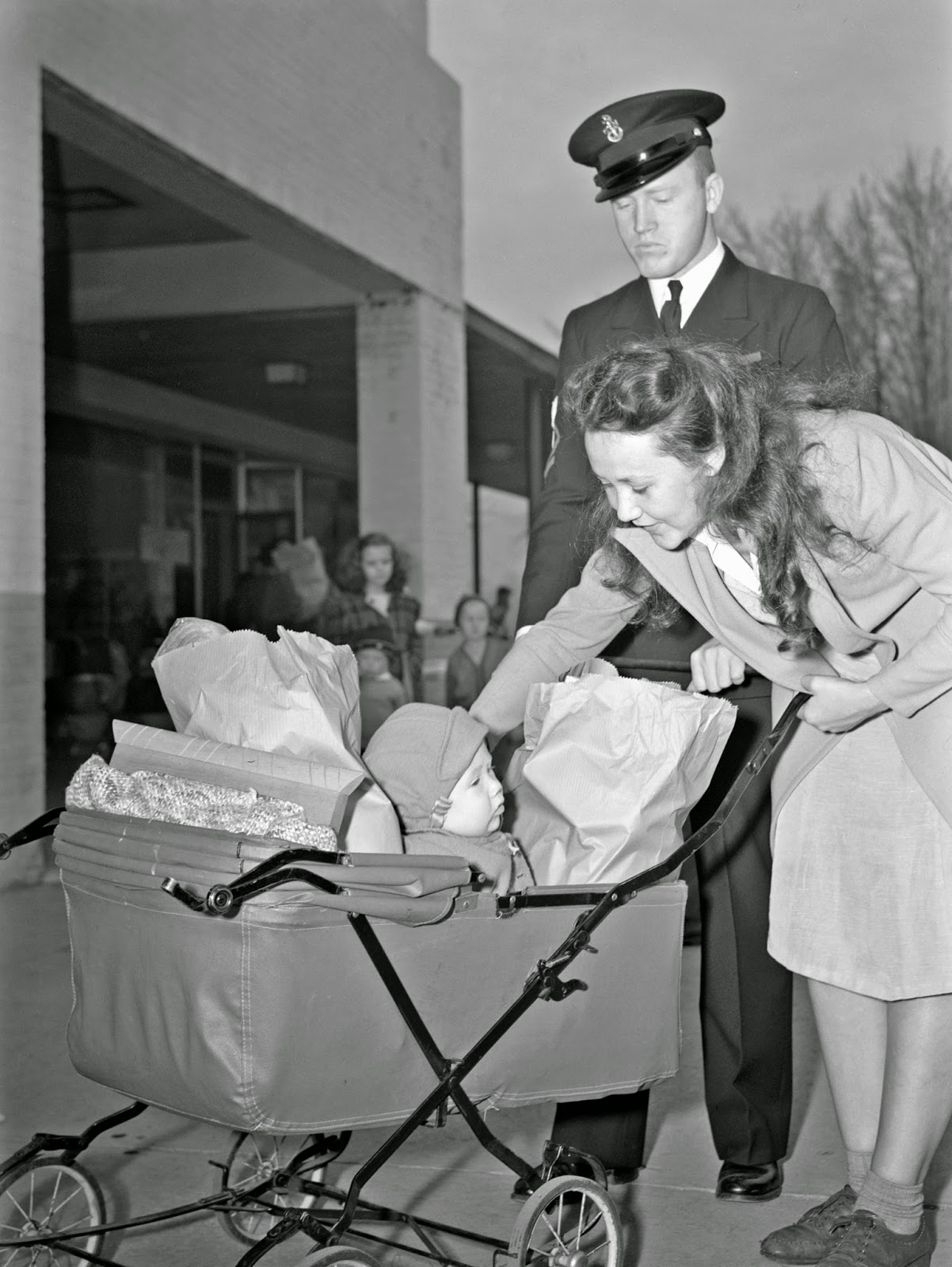 I'll carry mine. Junior should wipe that worried frown off his face, for he's doing his Uncle Sam a favor by sharing the carriage with his mother's purchases, November 1942 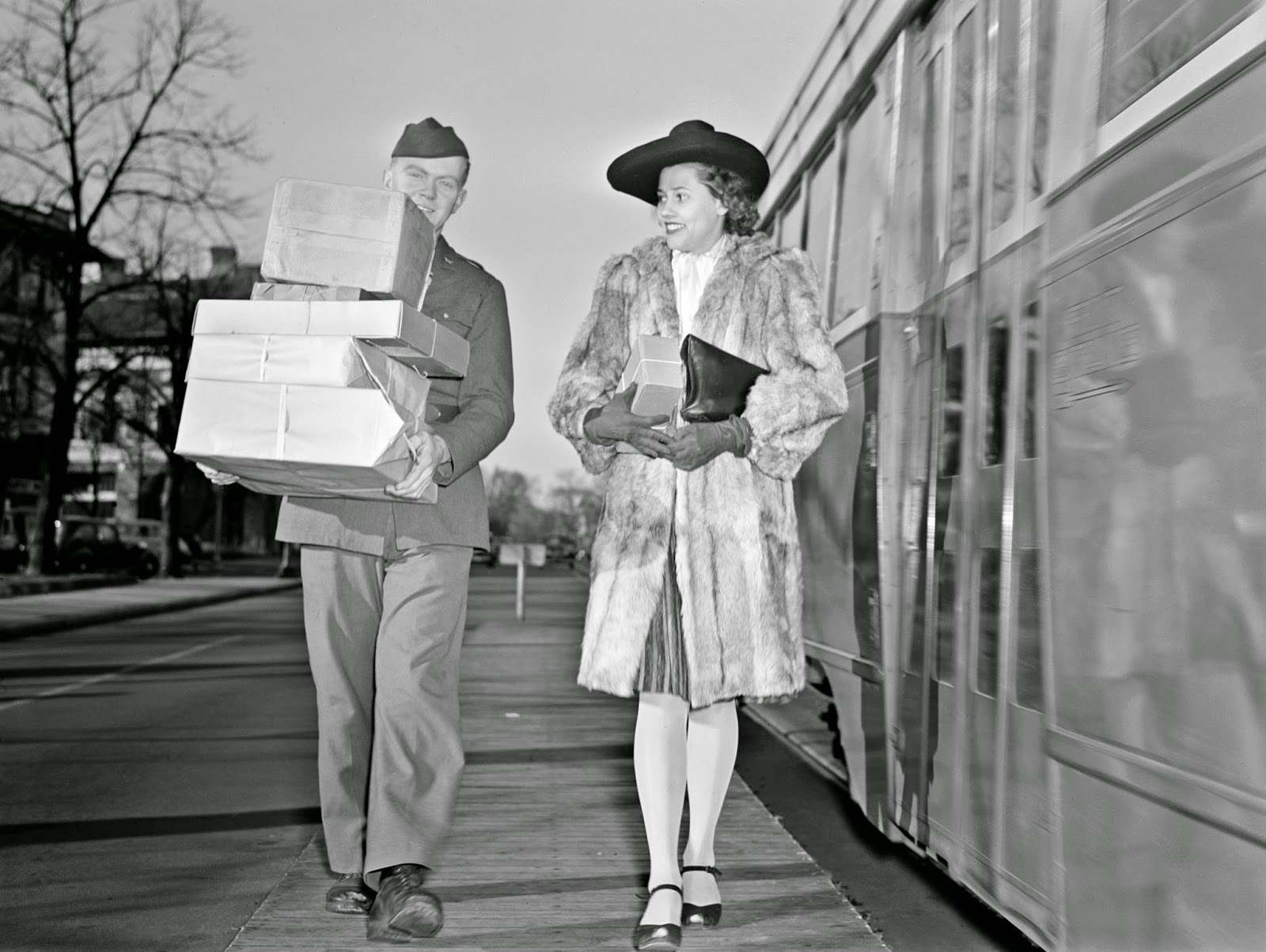 I'll carry mine. There's nothing like a husky and willing escort to simplify a shopping expedition, now that deliveries of goods have been curtailed to conserve tires and gasoline, December 1942 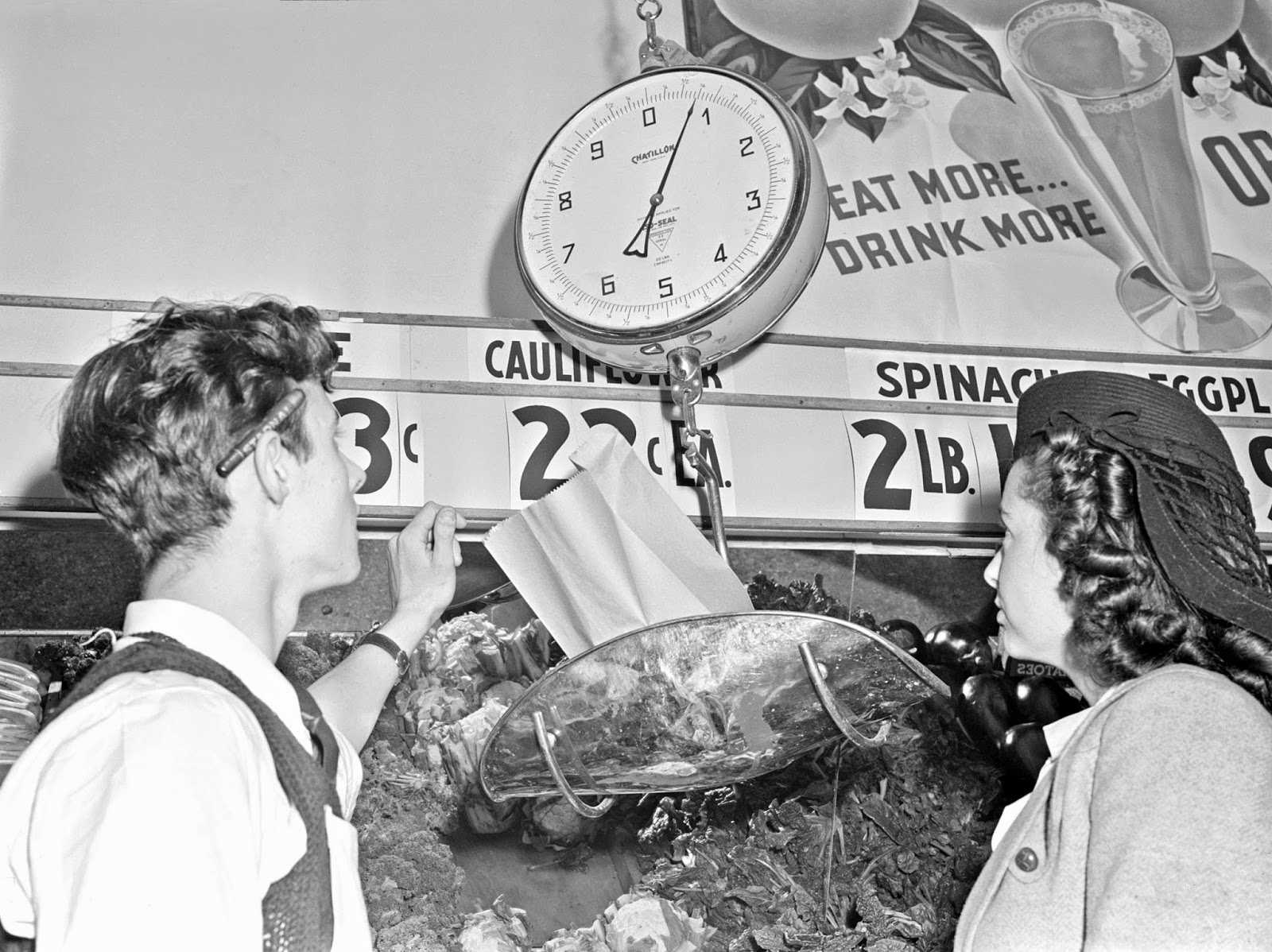 In the war against waste, American housewives are learning the basic steps of wise buying - buy by weight, not by number; buy in quantity, February 1942 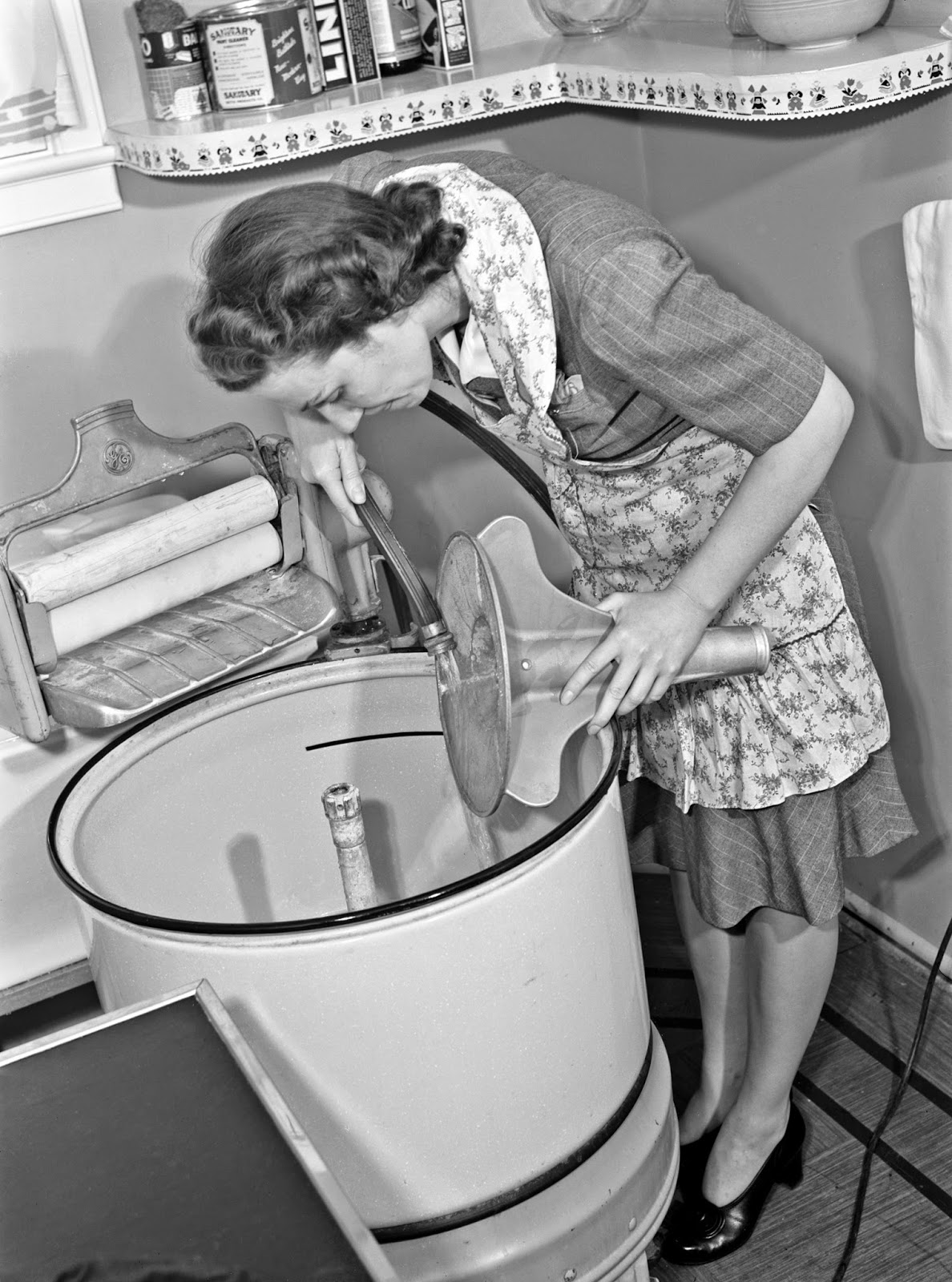 That washing machine has to last for a long time, so keep it in good
condition. Drain it immediately after use, rinse tub thoroughly,
remove agitator or suction cups and rinse with clear water. February 1942 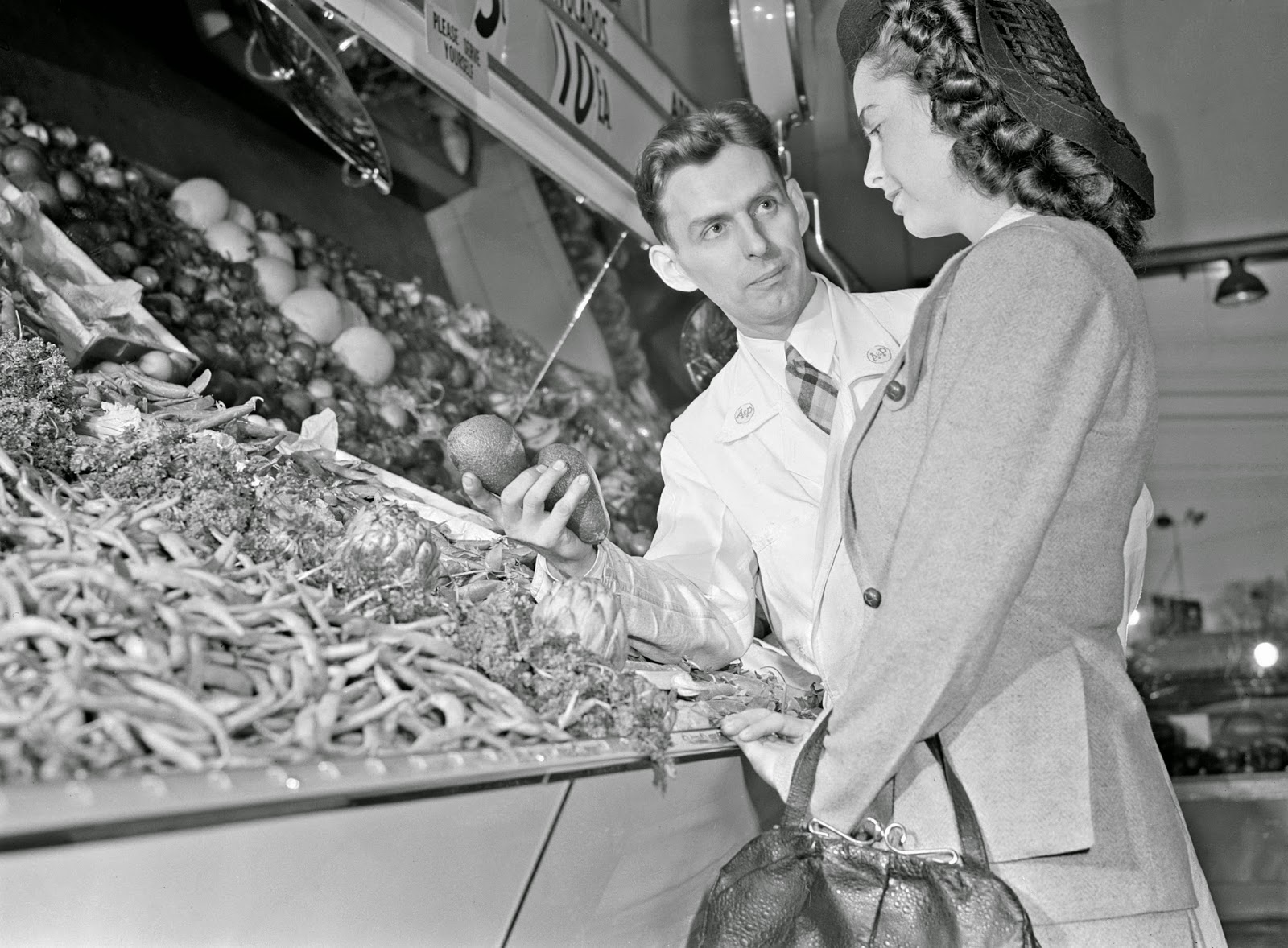 There's no June in January for the housewife with economy and Victory on her mind. Buying foods out of season means less food for more money, and less money available for household staples and defense stamps. February 1942 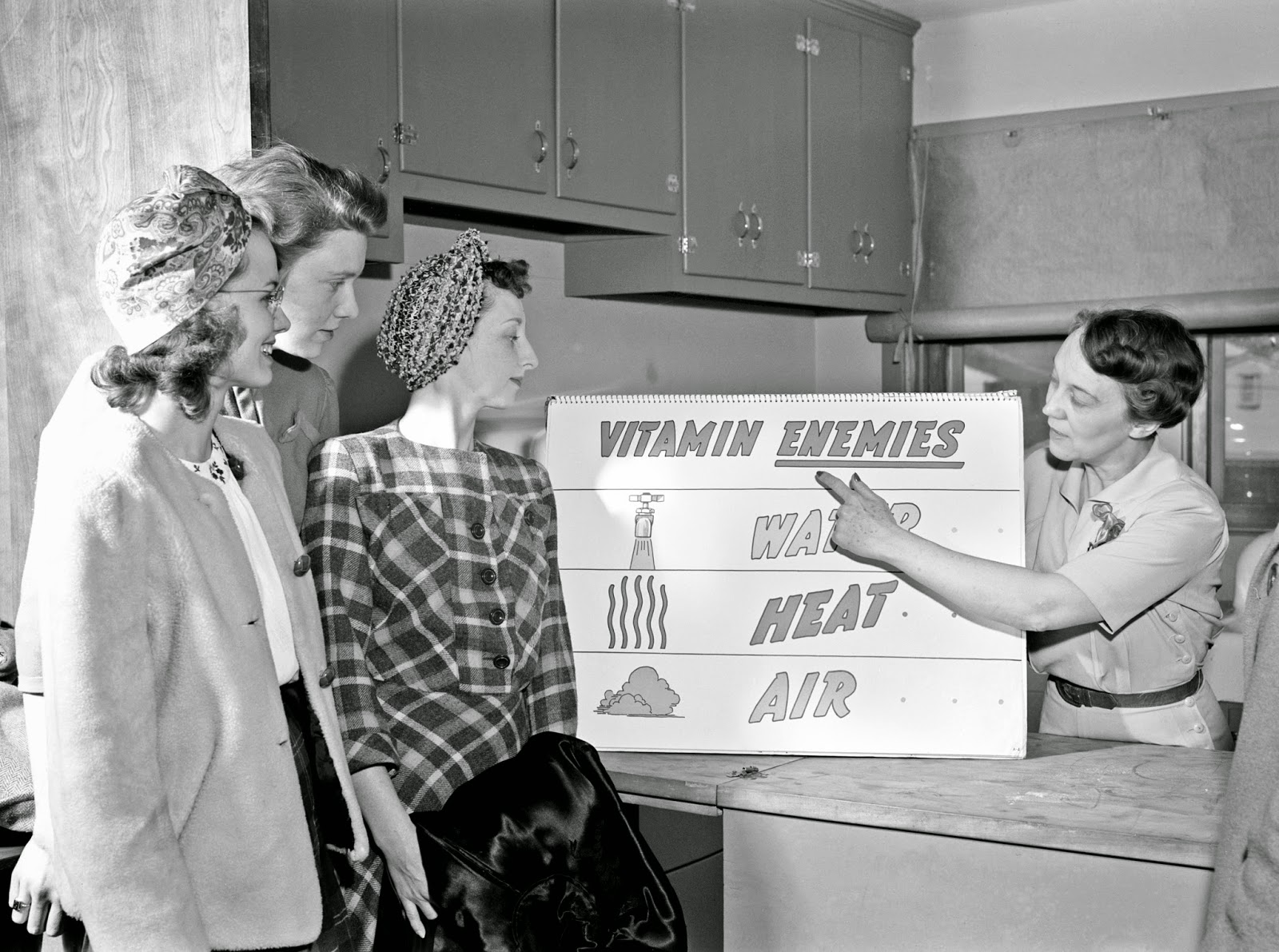 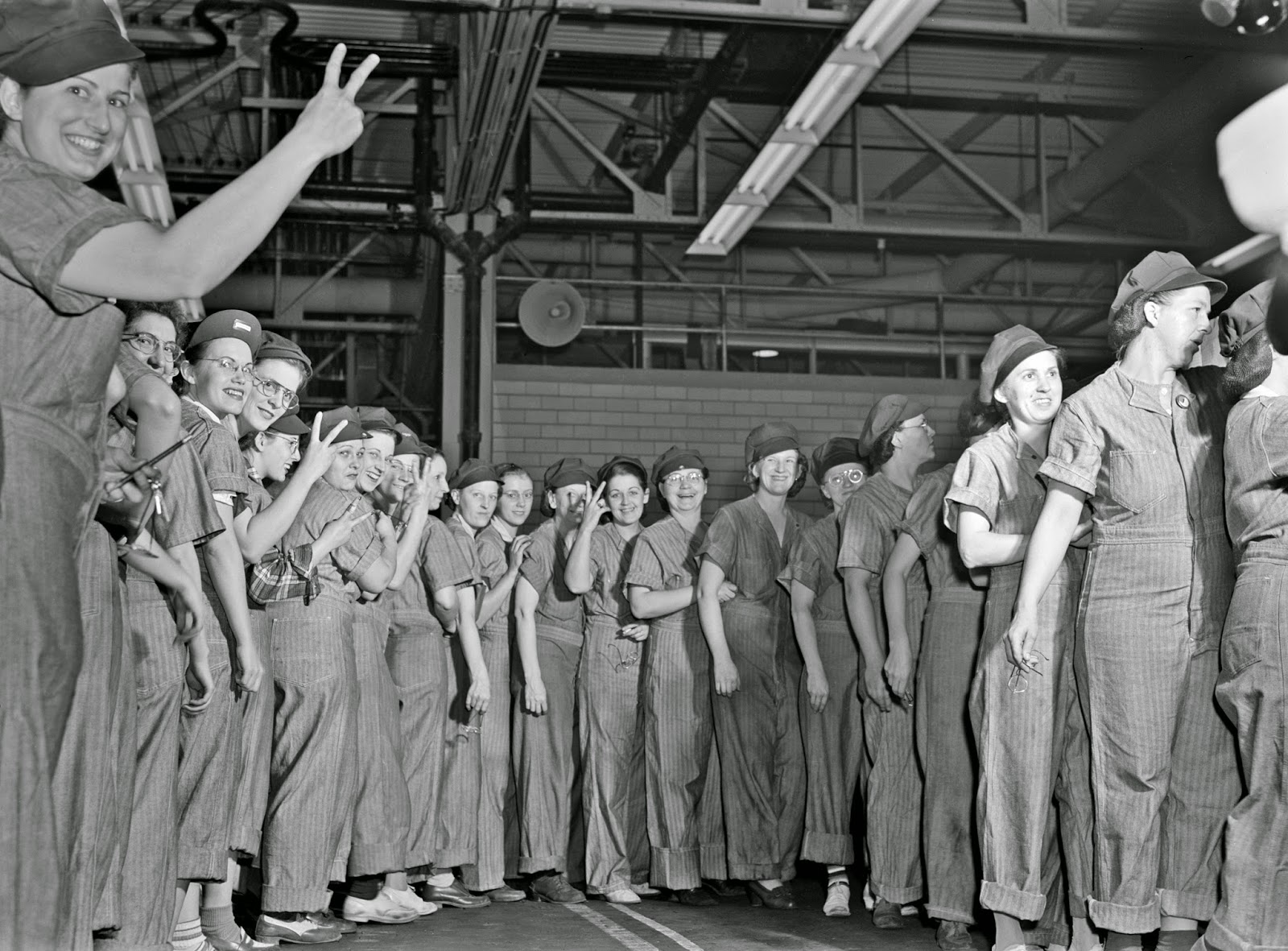 Women in war. Supercharger plant workers. A good day's work done, employees of a large Midwest supercharger plant line up to punch their timecards. With women comprising 80 percent of its workers, its nothing unusual to find an all-female contingent like this one at the plant. Allis Manufacture Company. October 1942