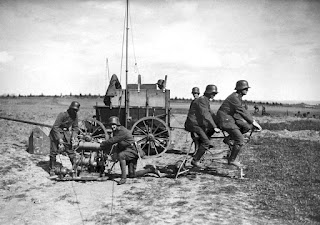 A German communications squad behind the Western front, setting up using a
tandem bicycle power generator to power a light radio station in September of 1917 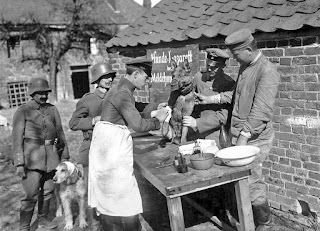 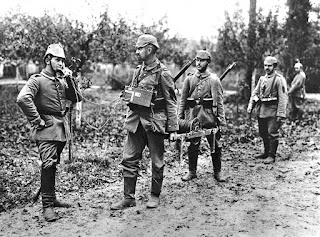 A German soldier holds the handset of a field telephone to his head, as two others
hold a spool of wire, presumably unspooling it as they head into the field 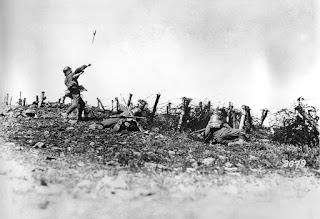 A German soldier throws a hand grenade against enemy
positions, at an unknown battlefield during World War I 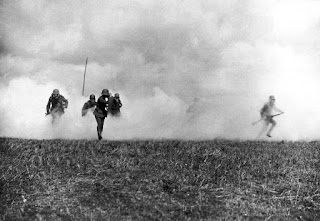 German soldiers flee a gas attack in Flanders, Belgium, in September of 1917