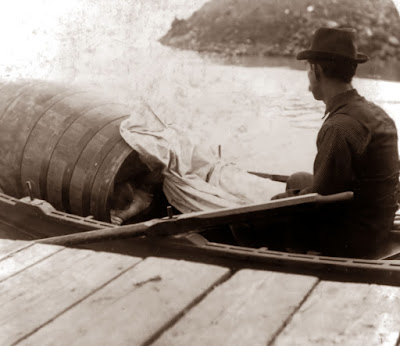 Today's picture documents one of the most peculiar stunts of all times. Mrs. Annie Taylor, on her 63rd birthday, decided to attempt a trip over Niagara Falls in a barrel. Many had tried before, but none had survived. Mrs. Taylor was short on money, and viewed the stunt as a necessity. If successful her finances for her old age would be assured. If not successful, there would be no old age. On October 24, 1901, she became the first person to survive a trip over the falls.