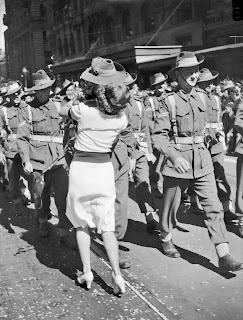 A female from the crowd, carried away with excitement, kisses a member of the 9th Australian Division during the unit march through the city streets, 31 March 1943 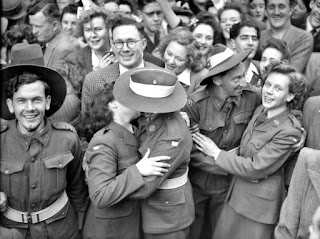 A section of the crowd in Martin Place, Sydney during
the Victory Pacific celebrations, 15 August 1945 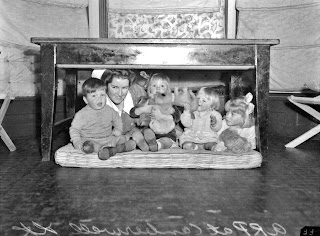 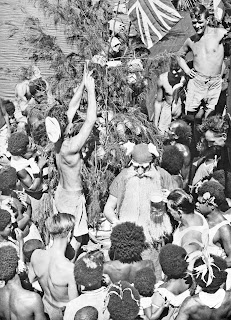 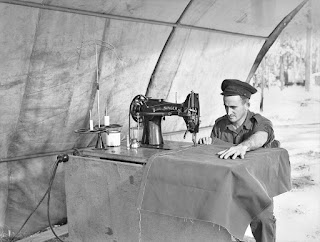 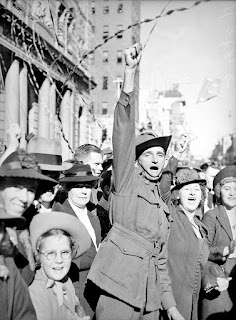 During celebrations in the city for VJ (Victory over Japan) Day,
an enthusiastic digger is at the front of the crowd lining
Swanston Street, waving flags amid streamers, 15 August 1945 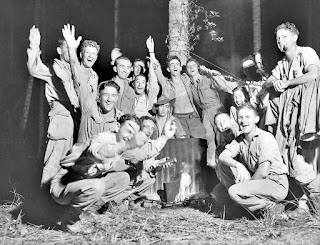 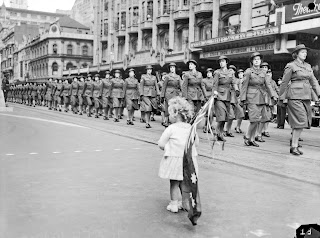 Members of the Australian Women's Army Service (AWAS) give "eyes right" as they pass the saluting base during the Service Womens march through the city, 28 Sept 1942 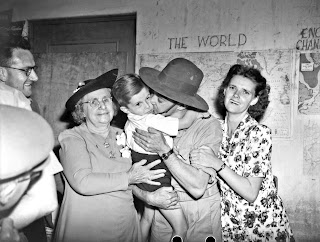 Private Albert George Denovan, of Sydney NSW, 2/3 Pioneer Battalion, a former prisoner of war (POW) is reunited with relatives at the showground, 19 November 1944 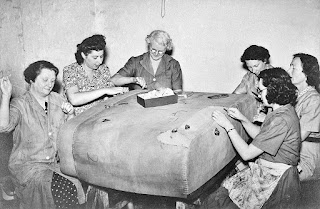 Six women sit around an aircraft tank sewing on the final cover by hand.
They were involved in the manufacture of Beaufort and Beaufighter aircraft, 1944 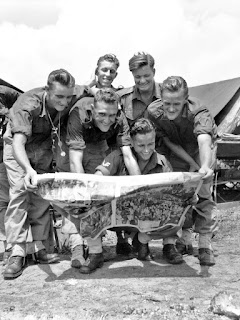