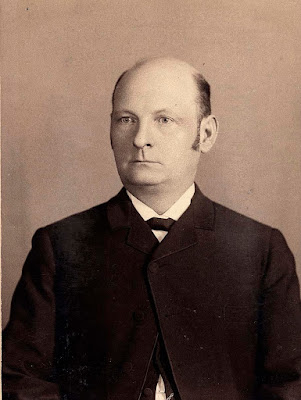 Today's picture is of another notorious Old West outlaw to come out of the Civil War. Cole Younger, like Jesse and Frank James, rode with William Quantrill in the Civil War. After the war the Youngers and James teamed up to form the James Younger gang. The gang eventually broke up, and Cole lived to an old age, and died in 1916. Later in life, he and Frank James actually toured the country performing in their own wild west shows.