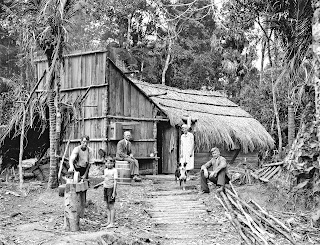 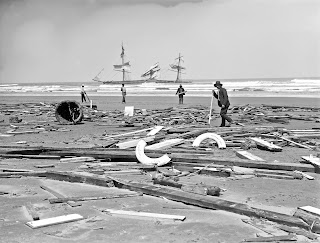 Items washed up from the wreck of the ship Forrest Hall
on Ninety Mile Beach, February 1909
The Forrest Hall broke up in the heavy waves and most of her cargo was unable to be salvaged. The shipwreck occurred in controversial circumstances, with the ship running directly on to the beach in broad daylight. A subsequent commission of inquiry raised issues of drunkenness and insurance fraud, but ultimately found the captain guilty of gross negligence. 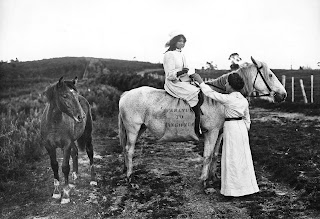 Nita Lomba on horseback with a sack of mail;
the Paranui to Mangonui postal service, ca. 1910 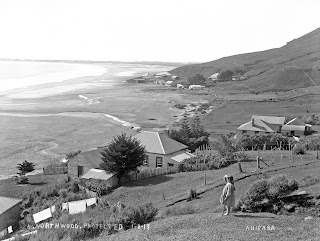 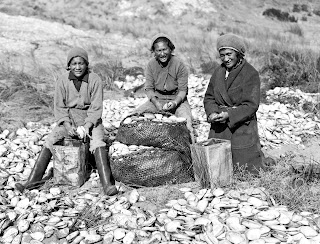